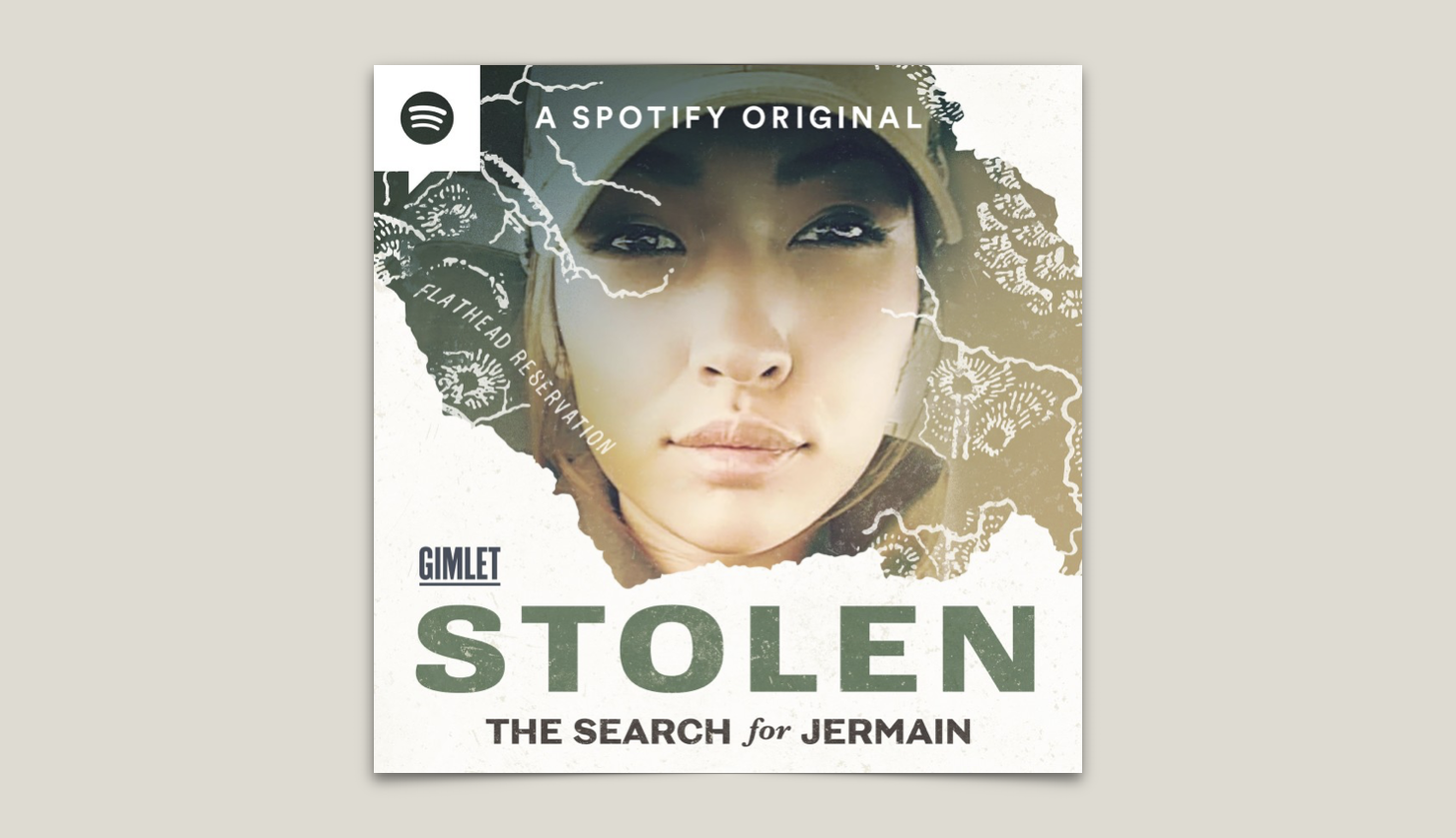 On Stolen, her first series for Gimlet Media, Walker travels to Montana to tell the story of Jermain Charlo, a 23-year-old Indigenous woman who was last seen on the evening of June 16, 2018 in Missoula. Security camera footage verifies the location but offers no clues as to where she might have been going. When Charlo’s family did not hear from her the next day, they reported her disappearance to the Confederated Salish and Kootenai Tribes Tribal Police Department on the Flathead Reservation, where Charlo was living in the town of Dixon. The following day, the family made the 45-minute drive to report the disappearance to the Missoula police. Yet, no real search began until nearly a week later, when Charlo’s mother contacted a local anti-human trafficking non-profit that took immediate action.

Walker asks what it is like to be an Indigenous woman in Montana, where Native American women and girls make up 3.5% of the state’s population — and upwards of 40% of human trafficking victims. In some regions, the murder rate for Indigenous women is over 10 times the national average.

After her disappearance, Charlo’s family heard reports that she had been spotted across the Northwest, which meant she was possibly alive, but often had no way of knowing if the information was accurate. By the second episode, the narrative of Stolen shifts to the sex trafficking of Indigenous women, in particular along the Interstate-90 corridor between Seattle to the west and Butte to the east. We learn that human trafficking rose in tandem with oil booms in parts of Montana; at the other end of the line, Seattle is part of a known circuit that reaches into Vancouver, B.C., Honolulu, and Las Vegas. Along that 600-mile stretch of road on I90 — which passes directly through Missoula — there are vast rural areas and long desolate stretches that would make it difficult for victims to seek help, or even be seen.

One of Walker’s trademarks as a journalist is her skill at surfacing data but contextualizing it within histories that have been intentionally rewritten. In the series, Walker discusses how the formation of Montana as a state is often framed as an agreement between the Salish people and the US Government. Yet, the signature of Chief Charlo, Jermain’s great-great-great-grandfather, was in fact forged on the documentation ultimately used to steal tribal land. A century-and-a-half later, the younger Charlo is presumed stolen as well.

The link Walker establishes between the intergenerational traumas of colonialism and contemporary abuse and violence experienced by Indigenous people is powerful and concise. Even Indigenous icons who are lionized in popular American culture, like Pocahontas, kidnapped at 16, and Sacagawea, sold into a non-consensual marriage at 13, are trafficked Indigenous women. Jermain Charlo had her first documented experience with domestic violence at 17.

Stolen is extremely well produced, balanced between Walker’s narration and source audio. Underscoring the very real threat of trafficking faced by Indigenous women in Montana and across the US and Canada, the podcast is urgent and compelling. Stolen has received much-deserved praise from many media outlets, so it seems clear that the episodes are being listened to. What’s less clear is if the stories of women like Charlo are, within the larger cultural landscape, truly being heard.