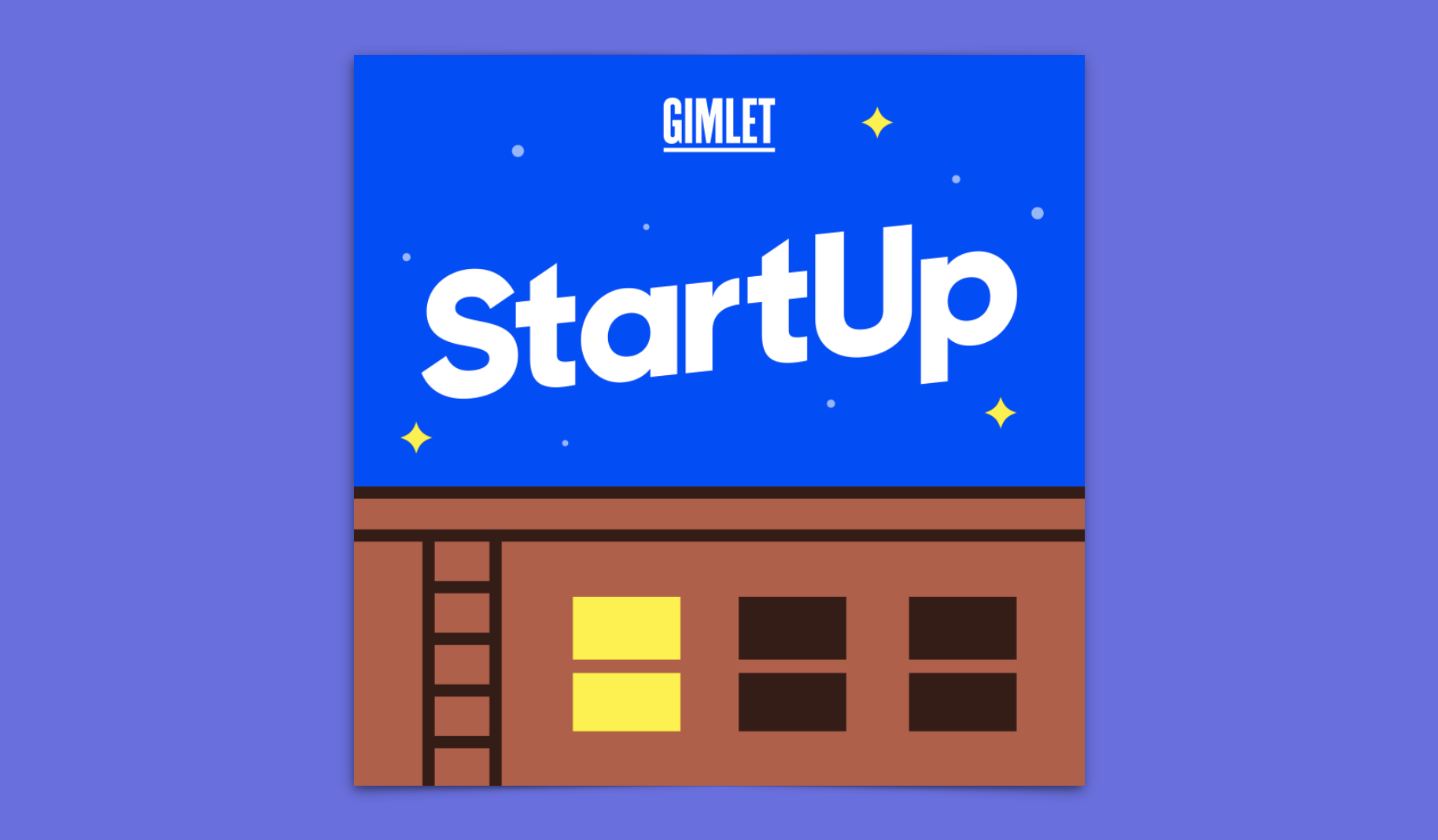 The first season of Gimlet’s StartUp, released in 2014, had a simple but irresistible premise. Here was the story of Alex Blumberg, an alum of This American Life and Planet Money, branching out to start his own podcast company, brought to you in the form of a podcast.

Confessional and genuinely thrilling, the show was exciting because Blumberg left no experience off the table. We could hear him debate with his wife about what shoes to wear to a meeting with a potential investor, and then listen to him stumble through that meeting. We could hear him awake in the middle of the night, worried that leaving his job in public radio was a giant mistake, then listen to him explain why he was building a possibly game-changing business. Now, five years later, it’s safe to say Gimlet has been a success, both critically, with its roster of beloved shows including Reply All, Heavyweight, and The Nod, and financially, with its sale to Spotify this last February for more than $200 million.

That last piece of news is the subject of StartUp’s ninth and final season. Across three episodes, Blumberg and his co-founder Matt Lieber, along with a host of the company’s producers, explain what the acquisition process was like, and what the sale means for the business moving forward.

The season’s first episode, “Our Company Has Problems,” is its best. We learn that despite releasing new shows and raising additional funding, Gimlet’s business model is in distress. What people love about Gimlet’s podcasts – that they’re narrative-driven and heavily-reported – is also what makes them expensive to produce. And since the company’s humble beginnings, a number of low-budget shows have burst onto the scene, making Gimlet’s operations look increasingly untenable. Blumberg names Pod Save America, My Favorite Murder and Dax Shepard’s Armchair Expert as examples of such shows, but he could have named a hundred more. These are not bad podcasts, Blumberg is keen to state, but they are certainly programs of a specific kind: conversation or interview-based, ongoing rather than seasonal, and largely devoid of on-the-ground reporting. It’s easier to sell advertising on these podcasts, with their large and reliable audiences, and the margins are better. So Gimlet, the thinking goes, must pivot and start making shows of this kind too.

But this is troubling to Blumberg. You get the sense that he wouldn’t have started a podcast company if it meant creating a network of talk shows. “If there’s no business model for making good programming,” he says, “[then] that fucking sucks.” Fans of audio storytelling should feel Blumberg’s pain. There’s a time and place for interviews, roundtables, and recaps, but it would be a shame if these were the only kinds of programs worth funding.

The problem for Gimlet’s president Matt Lieber, however, is that Blumberg feels resistant to this change on its face. “The thing that keeps me up at night,” Lieber says, “is we are super fucked if we don’t have a much lower cost-per-episode model of production.” This dilemma results in a long-lingering tension between Gimlet’s two founders, with Lieber feeling like he’s taking the business’s operating concerns solely upon his shoulders, while Blumberg feels that he’s become the lone defender of the company’s artistic principles. The listener will likely sympathize with both founders. If Gimlet doesn’t change course, the company could cease to exist. But if the company ends up a content farm, what was the point of it all?

While the disagreements between Blumberg and Lieber don’t abate, Gimlet takes a few steps to improve its situation. First, the company begins advertising its new podcasts on its existing shows, creating a kind of in-house ad network across all of their programming. Second, they start to sell new ads on their podcasts’ older episodes, instead of only selling spots for new releases. (It’s surprising, frankly, that this wasn’t already protocol.) And third, they begin work on a few podcasts with lower overall costs, such as The Cut on Tuesdays, a weekly show made in collaboration with New York Magazine. On the second episode, we’re that told these changes are successful, helping Gimlet turn a profit for the first time in its history.

The funny thing about the season’s arc, then, is that this good news isn’t what provides an end to the rift between Blumberg and Lieber. Instead, the return of warm feelings between the two men only comes when Spotify swoops in Deus ex Machina-style with its talk of a possible acquisition. Blumberg and Lieber are sent to Spotify’s headquarters in Stockholm to meet with Daniel Ek, the company’s founder and CEO. In Ek, the two men find a surprisingly sympathetic and reasonable man, someone they might just be OK with having as their new boss. But one question Ek asks throws them: “What would you do if I give you a billion dollars?”

Blumberg and Lieber struggle to answer the question. They’d book more studios, they say, and hire a dozen great producers, maybe even Radiolab’s Jad Abumrad. But it’s clear they’ve never thought through such a proposition. If money were no object, what would Gimlet dream to create? It’s an interesting question, and the one the podcast ultimately leaves us with. Sure, there’s a final episode wherein the deal’s details are ironed out and the two founders reflect on what changes are to come. But what we’re made to think is that Gimlet has been given a golden ticket. They’ve focused on quality and it’s paid off. This is the end of an era, but the start of what could be a more momentous one. We can only hope that Gimlet stays true to its original mission.