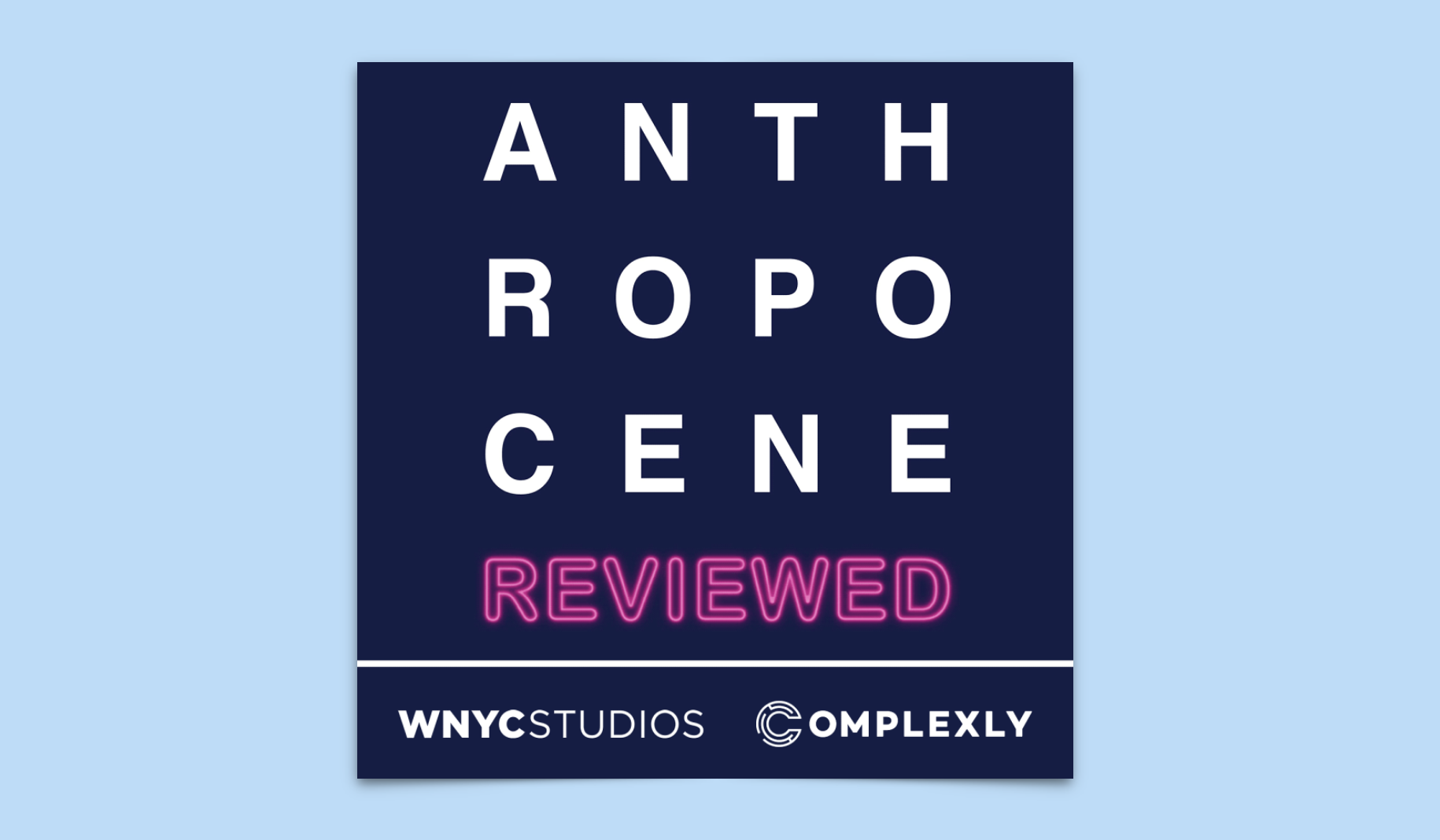 Millions of years into the Anthropocene — the unofficial name for our current geological period, in which humans have an outsize influence on our home planet — it is easy to say we love, but hard to mean it.

To love a movie or a podcast or someone’s outfit is now so commonplace it’s become empty. So I have to say that when I tell you I that I love novelist John Green’s monthly solo podcast, The Anthropocene Reviewed, I mean love. I listen, I re-listen, I talk about it a lot at parties to unwilling audiences. On days when despair creeps along the corners of my mind, I listen and let Green’s words bring me to tears. On long commutes through Manhattan, I listen and can’t help laughing aloud on 23rd Street. And when it occurs to me that I want to understand the origins and significance of Hawaiian pizza, I listen and hear Green explain how it came to be “invented in Canada by a Greek immigrant who was inspired to put a South American food on an Italian dish.”

The conceit of the show is this: each episode John Green, best known for his young-adult novels (Looking for Alaska, The Fault in Our Stars), reviews two “facets of the human-centered planet on a five-star scale,” facets like air conditioning (★★★½), love at first sight (★★★★), prom (★★★), viral meningitis (★), and the seed potatoes of Leningrad (★★★★½). The thing is, this conceit is a total lie, or at least it belies the moving work that Green ultimately delivers. The first few episodes conform to their premise, surveying each facet’s history and evaluating its pros and cons with Green’s nerdily-charming, enthusiasm-inflected wit. “Okay, let’s begin with the Canadian Goose,” he tells us in the first episode. “With a song like a dying balloon and a penchant for attacking humans, the Canada Goose is hard to love. But then again, so are most of us.”

In the third episode, though, March 2018’s “Googling Strangers and Kentucky Bluegrass,” something shifts. Green begins with business as usual, an analysis of how little privacy is left to us in the internet era and his ill-advised pre-party habit of researching the other guests online, but then he pauses to tell us a story.

At twenty-two, Green is in divinity school, working as a student chaplain in a children’s hospital when a three-year-old is admitted with severe burns, his chances for survival unclear. It’s so bad that, in the break room, Green finds the child’s doctor dry-heaving into a trashcan. A week later, Green finishes his chaplaincy and drops out of divinity school. For fifteen years, he wonders and prays, afraid to know the truth, until finally he Googles this little boy, this stranger. I won’t tell you what he finds out, but I will say that if it doesn’t make you weep, you might check to see whether you’re not so much a human as you are, say, a gray alien (★★).

While interviewing Green on the podcast 99% Invisible, host Roman Mars tries to capture this shift by suggesting that Green’s reviews become mini-memoirs, but that’s not quite right. They are personal essays, meaning they weave memoir together with authoritative information and interpretations of broader culture. A review of the movie Harvey tells the story of Green’s deepest depression. A review of sycamore trees becomes a search for the antidote to existential dread. A review of Super Mario Kart inspires a critique of the ways our society helps wealth and power to compound themselves, while the disadvantaged remain that way. Other episodes explore memory, parenting, the emotional valence of sports, and what kinds of happiness human beings can or should aspire to.

The personal essay is unprecedented in mainstream podcasting. There are other audio essayists (Malcolm Gladwell, Revisionist History) and others who share the personal alongside reporting (Starlee Kine, Mystery Show), and conversation podcasts that use reviews as a way to analyze culture (Slate Culture Gabfest), but none of them do it all at once, and none of them do it with one voice. In The Anthropocene Reviewed, there’s never an interviewee, never an archival news clip, never even a producer who comes in to read ad copy. It’s just the subtlest scoring, pauses for effect, and the voice of John Green.

Many know Green as a novelist, but at the beginning of his career, he wrote reviews for Booklist. He’s also written for video and podcasts before. He and his brother Hank are co-creators of the YouTube series vlogbrothers, in which they ceased all other forms of communication and instead spoke to each other only through weekly YouTube videos, and Crash Course, a series of free animated educational videos. The Anthropocene Reviewed brings us Green in all three of the modes he has mastered: cultural critic, earnest font of knowledge, and deeply emotional storyteller.

He closes every episode with a declaration, delivered with solemnity no matter the subject under review (“I give the Taco Bell breakfast menu two stars”). Reemerging from the depths of a winding, complex think piece to find this star-rating waiting is laughable, and yet chill-inducing. It’s a reminder that we ought to distrust the impulse to assign value by anything as simple as numbers: profits, likes, hours, GPAs, votes. We often speak of this impulse as a contemporary problem, but the human wish for a clear-cut verdict is a very old one — at least as old as heaven and hell. In Tony Kushner’s Angels in America, Louis tries to explain the difference between justice and judgment. “It should be the questions and shape of a life, its total complexity gathered, arranged and considered, which matters in the end,” he says, “not some stamp of salvation or damnation.”

Nevertheless, in any review, some estimation of value must be made. While reviewing sunsets (but really investigating our retreat into irony, for fear of the vulnerability that earnestness necessitates), Green says, “This whole thing you’ve been doing, where almost nothing gets five stars because almost nothing is perfect? That’s B.S. So much is perfect. Starting with this.”

I give The Anthropocene Reviewed five stars.

K. Aleah Papes is a New York-based writer, editor, and audio producer focused on culture and agriculture. Find her on Twitter at @owleah_p