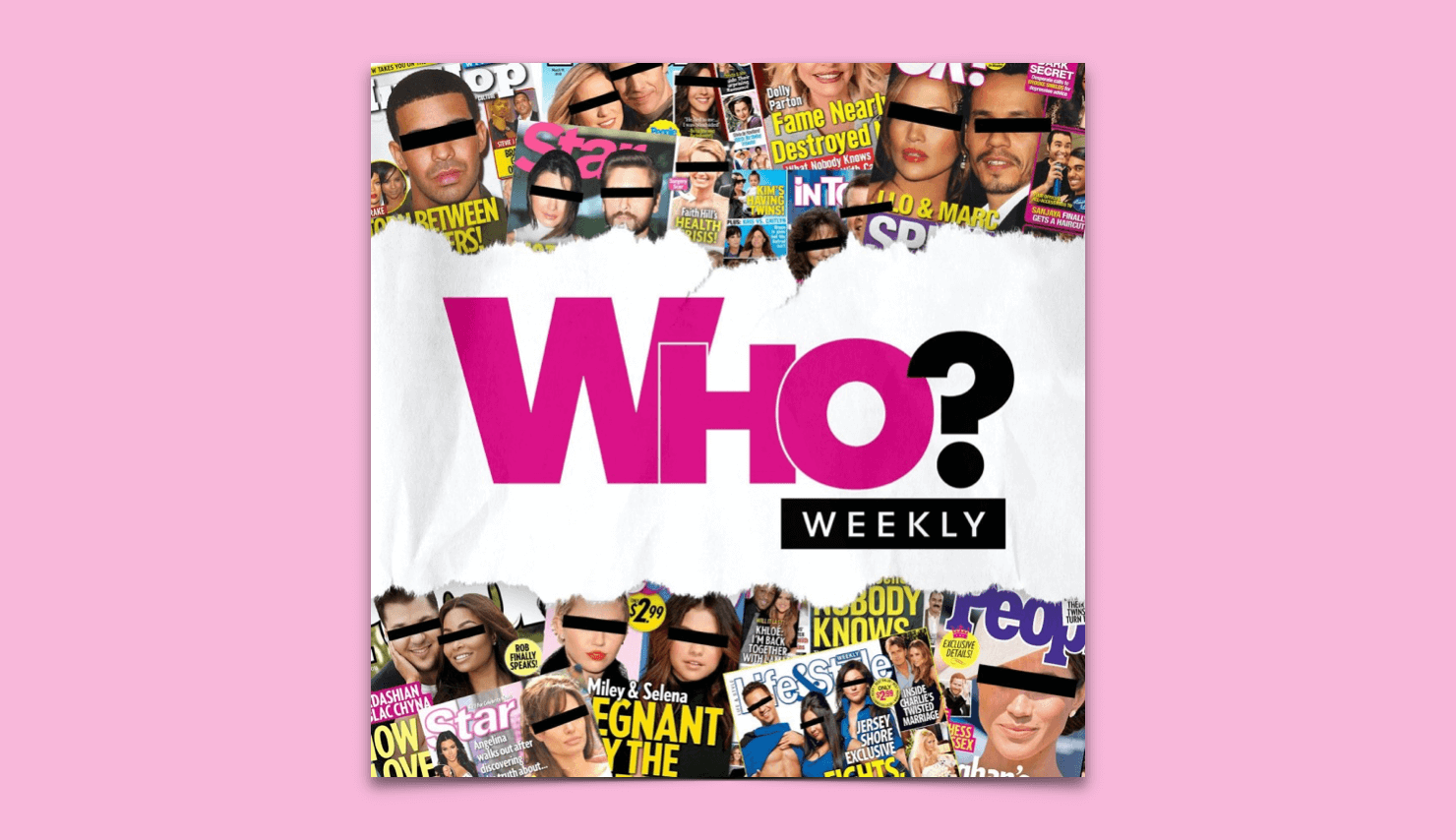 In a world where traditional media outlets no longer act as the sole gatekeepers of fame, new celebrities are able to rise from anonymity by speaking directly to fans. This shift has resulted in a proliferation of content and people who, because of their popular blog, YouTube channel, or TikTok account, have amassed the type of following that would have previously been reserved for movie stars, pop singers, and professional athletes. These people, according to Lindsey Weber and Bobby Finger’s excellent podcast Who? Weekly, are “Whos.”

Whos have a dedicated fan base, but most of the American public would ask, “Who?” after a mention of their name. A few examples include Pauline Porizkova, Taylour Paige, or Wyatt Pike. The more established celebrities, the ones whom even your grandma would know, are “Thems.”

Listening to an episode of Who? Weekly feels like sitting in on a Sunday brunch, sipping mimosas in the sun while debating your strongly held, low-stakes opinions, such as the relative fame of reality TV stars or the merits of a new celebrity-affiliated liquor company. Finger and Weber’s discussions are a wittier version of the type of banter I used to have with co-workers meeting by the coffeemaker. It’s light, breezy, and centered around a shared experience of something that brings us joy.

In this past year of incessant Zoom meetings, this form of casual intimacy is what I’ve missed most. Digital gatherings contain a layer of formality to them. And in the middle of a nearly two-year stretch marked by disease, police brutality, a failed insurrection, and cultural divisiveness, trading in my usual rotation of politically focused podcasts for Finger and Weber poking fun at the almost-famous has felt like a breath of fresh air.

With recurring segments such as “What’s Rita Up To?” “I Don’t Know Her,” and call-ins from listeners with insider sign-offs like “good form, Bella Throne,” “crunch crunch!” and “downatthemetamucilbusinessconference,” Who? Weekly’s engaging (and addictive!) “ill-WHO-minat[ion]” never feels mean-spirited. Absent from Who? Weekly are calls to cancel people, name calling, and schadenfreude from all-too-human mistakes. What ultimately makes Who? Weekly a standout is the way Finger and Weber connect their ribbing of celebrity culture to a sharp analysis of contemporary media.

It’s this meta-analysis of our culture’s fascination with the process of fame and the ridiculous world of self-promotion that makes Who? Weekly so infinitely relatable. In recounting the hilarious ways that “Whos” attempt to transform their tenuous grasp on fame into a more solid career as “Thems,” Finger and Weber shed a soft light on the economic precarity with which Millennials and GenZers are so familiar. While the vast majority of Finger and Weber’s listeners may never attempt to start an alcohol brand with their best friend, who among us hasn’t attempted to monetize a hobby, worked multiple “side hustles,” or sat through a talk in which someone urges you to become the “CEO of your life/career/education,” as if wrapping the brutalities of free market capitalism in the rhetoric of inspiration is the key to success we’ve all been missing?

Finger and Weber’s dissection of “everything you need to know about celebrities you don’t” is what differentiates Who? Weekly from other sources of entertainment news, but it’s their tone that makes the show distinct. Their delighted engagement with the industry that presents us with the immediate details of people’s lives for our entertainment offers nuance instead of collapsing into a glorification of upward mobility or invasive exploitation of “WHO-lebrities’” lives. Who? Weekly provides a more sophisticated portrait of their namesake’s long-running series “Stars—They’re Just Like Us!” Finger and Weber’s treatment of the marginally famous with a mixture of amusement, compassion, and frank honesty ultimately mirrors the underlying message of the show—get over yourself and take yourself seriously. Whos might not be just like us, but Who? Weekly’s detailed coverage of the daily absurdities of Who-lebrities’ lives as they strive to become Thems underscores the shared absurdity and joy of the human experience.

Noël Ingram is a writer, researcher, and educator originally from California and currently pursuing her PhD in English at Boston College. You can connect with her on Twitter.