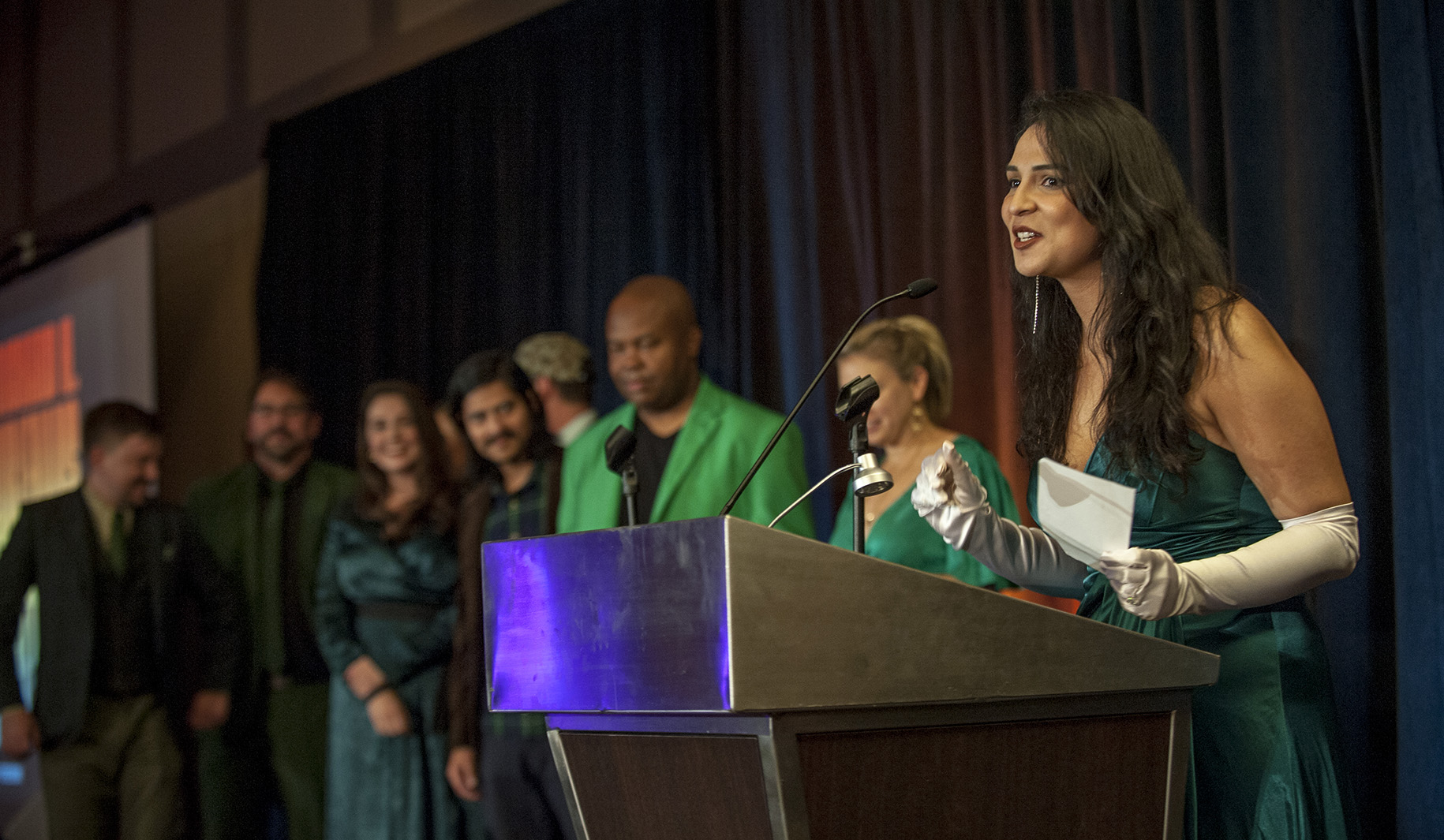 I can happily confirm that Third Coast is a special kind of gathering. For three days in Chicago, despite snow and delayed flights, audio storytellers from around the world came together to discuss their craft and inspire one another. The conference provides a rare venue for radio makers and podcasters to talk among peers about the work itself, and to rekindle their belief in audio’s unique power.

Now in its 19th year, Third Coast is proof that the medium has been flourishing long before VC firms and celebrities took notice. While by no means a definitive list of all the magic that took place at this year’s conference – much of Third Coast’s pleasures come in the form of one-on-one conversation – here are four highlights.

This year’s Late Night Provocations proved that much truth can be spoken in the span of five minutes. Molly Woodstock and Cassius Adair called for reporters to be trans-inclusive in their work and for more newsrooms to hire trans and nonbinary reporters in the first place. (You can also hire Woodstock and Adair to consult your team.) Post Reports host Martine Powers said the path to greatness starts with recognizing when your work is bad. And Planet Money’s Liza Yeager cautioned that if we don’t open podcasting up to younger, newer voices, the entire industry will be  lesser for it.

Over 9 AM bagels and scones, Third Coast’s opening session, “All Workplaces Are Workplaces About Power,” brought the heat. Moderated by KQED’s Sandhya Dirks, the panel was a much-needed discussion on unions and working-class representation in media featuring journalist-turned-essayist Carla Murphy, producer and POC in Audio co-founder Afi Yellow-Duke, and Emily Guendelsberger, author of On the Clock, her account of working at an Amazon fulfillment center.

Murphy spoke on the need for an analysis of power in our current news landscape. “What I’m seeing now is news about the working class, not news for the working class,” she said, expanding on ideas she laid out in a recent essay for Dissent. Yellow-Duke recounted her experience earlier this year helping lead StoryCorps’ successful unionization efforts, citing the importance of mission-driven organizations aligning their values with how they treat their own employees. And Guendelsberger talked about how most entry-level jobs in media are only available to those privileged enough to first work years of unpaid internships.

It’s impossible to attend all of the festival’s breakout sessions. Of those I attended, two stood out. First was Code Switch’s Adrián Florido’s talk on how he approaches reporting in the aftermath of traumatic events, particularly in communities of color. Florido played clips from storied he reported in post-hurricane Puerto Rico and pointed out where he wished he’d done better. His goal is to move past narratives of victimhood, and to illustrate the ways people attempt to retain agency in the face of disaster. It was inspiring to hear that, even for a reporter as accomplished as Florido, reaching this goal is always a work-in-progress.

The second session that will stay with me was “Dark & Funny, Like Your Life,” in which Honor Eastly and Joel Werner discussed their excellent show No Feeling Is Final. The series, reviewed by Ben Ellman earlier this year, is narrated by Eastly and concerns her struggle with depression. Undoubtedly heavy subject matter, and yet it’s one of the funniest, most life-affirming podcasts I’ve listened to. Hearing Eastly and Werner discuss the making of the show was a total delight, and I believe no other session did more to convince or remind its audience that podcasting is an art form.

After Third Coast co-founder Johanna Zorn’s Favorite Things speech, a beautiful ode to the recent history of great radio, came the conference’s yearly award show. Podcasters aren’t thought of as a particularly stylish bunch, but the “Oscars of Radio” supplied much evidence to the contrary. There were looks, there were fits.

I’ll cede the rest of this article to the winners. Say hello to your next podcast playlist.

Best News Feature — Death in Illinois Prisons: He Didn’t Have a Death Sentence, But That’s What He Got by Shannon Heffernan, USA