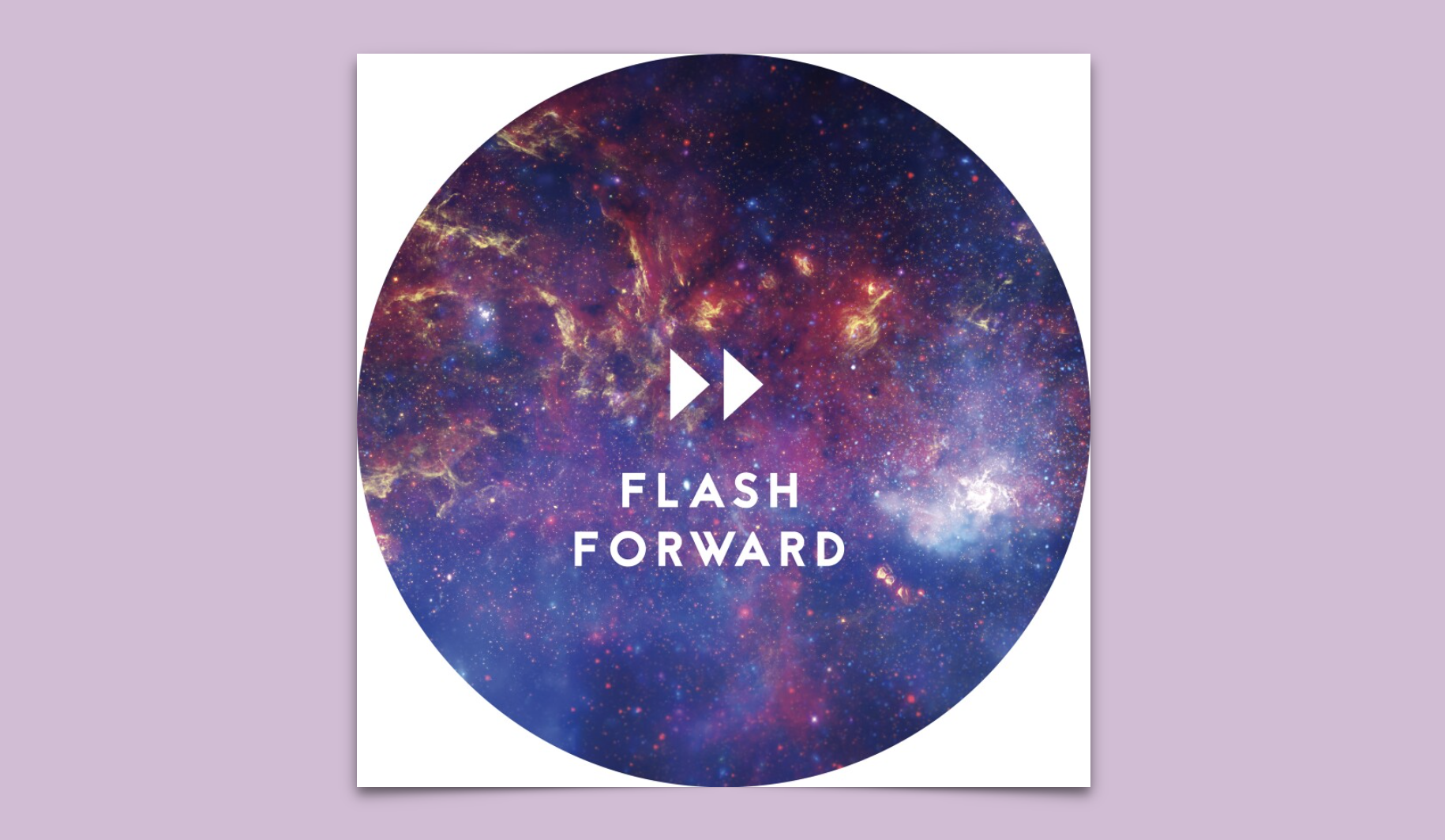 After a special live performance of Flash Forward, an audience member said the show had pioneered the “‘choose-your-own-dystopia’ genre.” That such a genre needs to exist is terrifying yet possibly inevitable. Depending on what global issues show up most in our news feeds — climate change, cybersecurity, food shortages — it can feel like we already participate in the ‘choose-your-own-dystopia’ mindset just by tuning in to the world around us. But Flash Forward, a podcast from 30 for 30 alum Rose Eveleth, allows us to not only jump inside different dystopias, but to understand how we may overcome them.

On each episode, Eveleth dives into an issue that looms on the horizon. What would happen if all animal testing was stopped? What if we could teleport? What will we do if our water supply dries up? For each episode, Eveleth talks with researchers, scientists, and various experts to piece together realistic and detailed accounts of how those scenarios could reasonably play out.

The questions are often uncomfortable and always complex, and that’s where the show’s power lies. Because if we can’t talk openly and honestly about these dilemmas before they occur, or at least before they become unmanageable, how will we deal with them when they’re at our door?

One of the best examples of the podcast’s process comes from the episode “Jaw & Order,” which investigates the implementation of facial recognition technology in the criminal justice system.

Law enforcement departments around the world have been using security camera footage as evidence in investigations for years, and more recently, they’ve been using facial recognition software to help identify people and secure convictions. However, as Eveleth shows, that software can be highly inaccurate and is all too easy to misuse.

In one example, we hear about officers who filled in missing details on images of people’s faces by copy-and-pasting together noses, mouths, and eyes from pictures of random people found on Google Images. Those Frankensteined faces were then used to identify, or more accurately, misidentify, real people.

Other studies have shown that the datasets from which facial recognition software algorithms are developed contain mostly white people, instead of a more even mix of skin colors. Because of this inconsistency, algorithms learn to distinguish subtle differences between white faces and do a better job with telling them apart than with people of color, frequently leading to wrongful arrests and convictions.

Eveleth consistently highlights a sobering reality about the technologies we’ve come to rely on: that as much as they may develop and evolve into systems we can’t fathom today, the people behind them will, for better or worse, be the same kind of people they are now. We can interpret that dishearteningly, or, as I think Eveleth intends, we can view it as a wake-up call to remind us that the future is unfolding in front of us every day, and there is time to shape it into something better.

For its most recent season, Flash Forward focused on three subjects — earth, bodies, and crime — each with five episodes devoted to individual questions and cases. The theatrical cold opens, in which fictional people from the future discuss the episode’s issue firsthand, are amusing, not cheesy. Whether it’s high schoolers debating a hospital using computers to decide patients’ fates, or inventors pitching climate change cures to “Shark Tank”-style investors, these scripts are a remarkable display of curiosity and creativity.

One of Flash Forward’s strengths is how it methodically critiques possible solutions without letting them linger in uncertainty. That tendency to leave the trickiest details unanswered can make future-oriented discussions feel frustrating or, worse, vague. Thankfully, Eveleth tackles every idea in full.

If Flash Forward feels like a show that offers to give you even more to worry about, especially at a time when disturbing and frightening news stories seem to be coming out faster than ever, you wouldn’t be wrong. But that’s what makes Flash Forward worth listening to.

Podcasts can be a medium of escapism and indulgence, but they can also be eye-opening. Flash Forward offers a rare blend of thoughtful science journalism with whip-smart writing to make even the most daunting issues not merely palatable, but motivating.