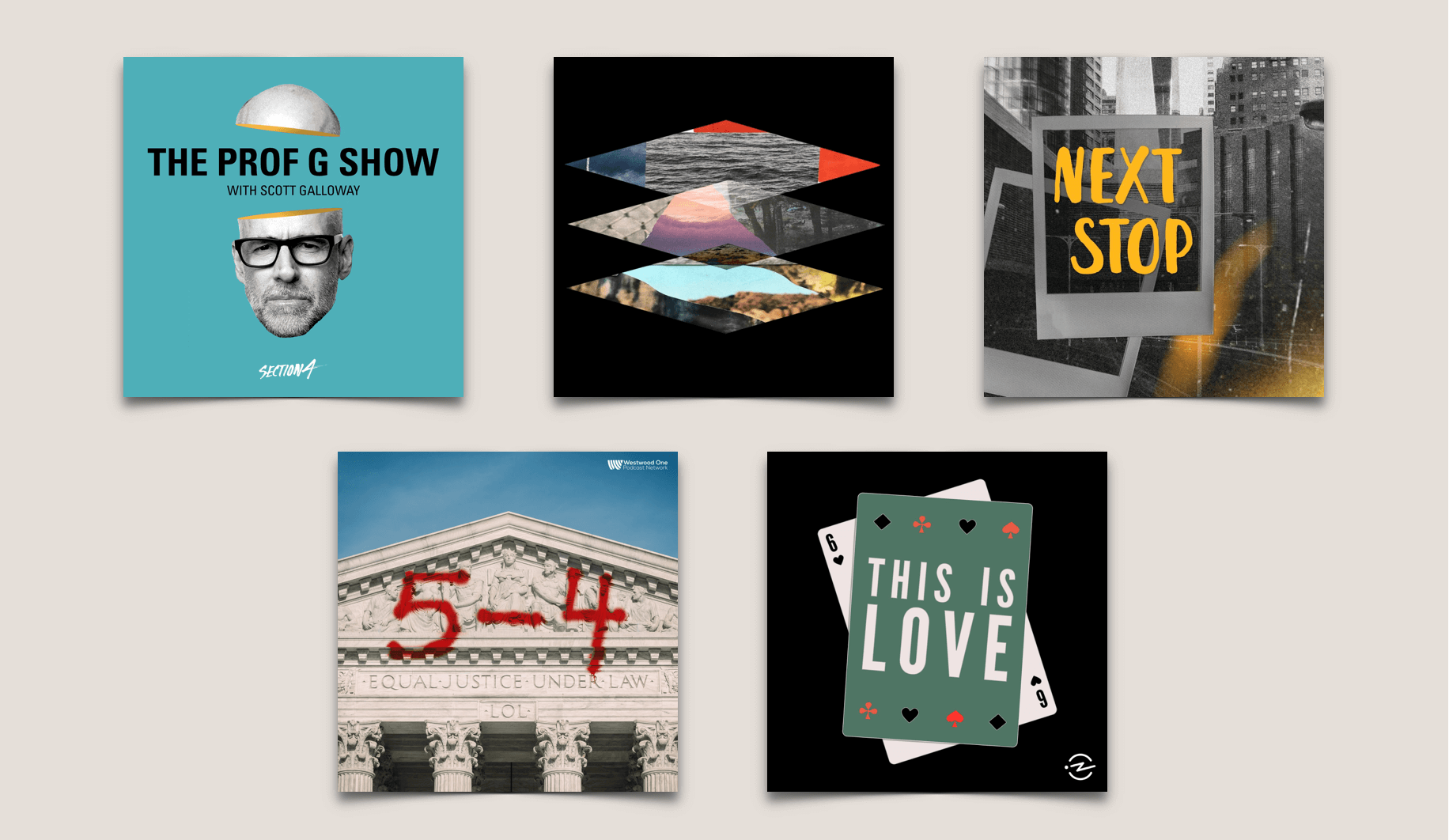 You may know Scott Galloway as the man who predicted the fall of WeWork. Or as the co-host, alongside journalist Kara Swisher, of the always-entertaining tech and politics podcast Pivot. Well, if you can’t get enough of Galloway’s work, you’re in luck. His new podcast, The Prof G Show, debuted last month and has quickly become a reliable source of sharp business analysis and sound advice. Each episode of the show begins with a monologue from Galloway — recent topics have included the future of higher education and the fate of Big Tech companies post-coronavirus — followed by an interview, a bit of Q-and-A featuring listener voicemails, and a section called “The Algebra of Happiness,” where Galloway gives general life advice and gets in touch with his softer side. The Prof G Show is that rare podcast that will make you laugh as well as think.

Since launching in early March, Field Recordings has produced more than 70 short episodes for your relaxation and immersion. The concept is in the title — these are field recordings, each captured by an audio producer standing at a different point on the planet. For variety’s sake, we recommend you start with “Katydids at night, North Carolina, USA,” “Shingle Beach, St Leonards, East Sussex, UK in March 2020,” and “Train Journey, Tokyo, Japan on 25th November 2019.” Each audio scene is involving and sweet.

Sitcom-style shows are a rare breed in audio fiction, making Next Stop, the latest series from Multitude (Potterless, HORSE), feel like something of an innovation. The show follows friends Cam and Ally as they search for a new roommate, and captures well the trials and tribulations of living out your twenties in a big city. As with any good sitcom, the show succeeds largely thanks to its dialogue, which is punchy, self-aware, and genuinely funny. Also impressive is how the podcast incorporates bits of theme music to build familiarity from episode to episode. If you’ve found yourself asking, “Where Have All the Fun Sitcoms Gone?,” let Next Stop convince you that they’ve maybe just moved to a new medium.

The most infamous historical rulings from the Supreme Court, such as Dred Scott or Korematsu, may be fairly well known, but the court has been busy in recent years as well. The podcast 5-4, whose title refers to the court’s conservative/liberal split, picks through its most disagreeable or patently partisan decisions from the last twenty years. Unlike most of the other podcasts that provide analysis of court cases or legal issues, 5-4 does not adopt a sober or serious tone. Its three hosts, Peter, Rhiannon and Michael, are all lawyers and Twitter personalities who disdain and poke fun at the court and the US legal system. The show offers a nice balance between leftist judicial interpretations and Chapo-esque mockery of the government.

The 2020 return episode of This Is Love is paired with an episode of Criminal, the original hit by creators Phoebe Judge and Lauren Spohrer. The topic is wolves, and the love story presented on This Is Love is one of family, as told by a local wolf-watcher near Yellowstone National Park. Rick, the episode’s guide, shares the oral history of two wolf packs he’s been watching everyday for years. The depth of Rick’s understanding of these wolves is extreme, and he’s able to fit his everyday observations into the context of human narratives of love and family and sacrifice. This Is Love tells a broad palette of stories, and remains a welcome complement to Criminal’s tales of the illicit.