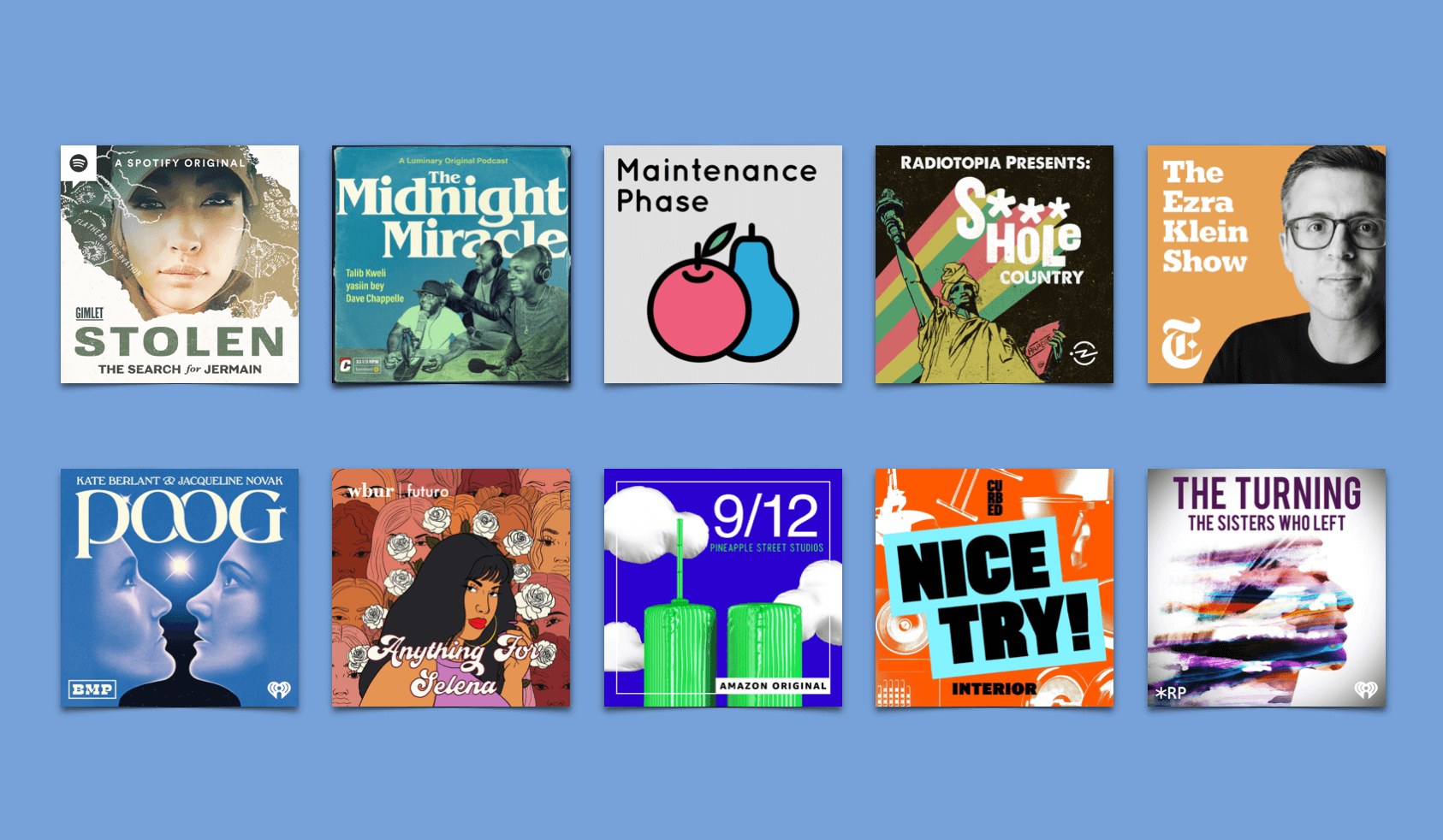 As chosen by Podcast Review’s staff, here are the ten best podcasts of 2021: 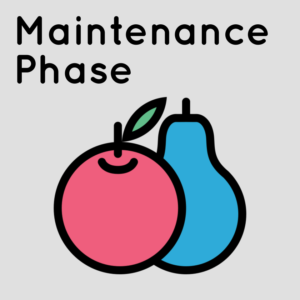 Did you hear? Diet culture is out, Maintenance Phase is in. This podcast from Aubrey Gordon and Michael Hobbes offers an alternative narrative to the food and wellness myths we’ve all been unconsciously digesting. Debunking topics ranging from celebrity diet books to celery juice crazes, this show has an obvious agenda — and it makes for joyful listening. Well-researched, catty, and only a touch glib, Maintenance Phase is clearly putting in the work. – Alice Florence Orr. 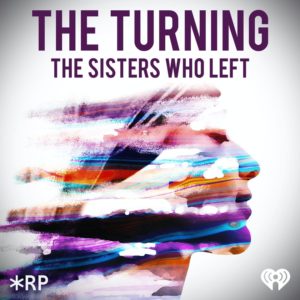 9. The Turning: The Sisters Who Left

At a young age, Mary Johnson made the life-changing decision to join Mother Teresa’s order, taking vows of poverty and chastity and committing to be a bride of Christ. The Turning, inspired by Johnson’s memoir, The Unquenchable Thirst, addresses the complicated legacy of Mother Teresa and the women who followed her. The podcast’s title references what is both a turning toward and a turning away from their vocation for Johnson and other sisters who left. Host Erika Lantz expertly explores the line between what is devotion and what is cult, and the story that unfolds is riveting. While the women in this narrative do not always get to a place of transcendence, the podcast as a whole does. – Wendy J. Fox 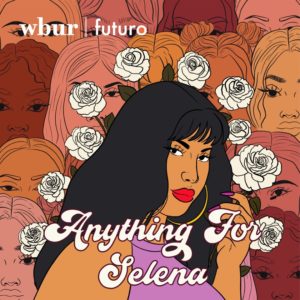 The 25th anniversary of Selena’s death in 2020 sparked a revival in projects investigating the pop star’s life and career. Anything for Selena, co-produced by WBUR and Future Studios, is perhaps the most grounded of this recent wave of coverage, as host Maria Elena Garcia takes a consistently personal approach to Selena’s legacy. There’s a true love present for Selena’s music, and much more significant interest in her cultural afterlife than in the true crime details of her murder. Garcia’s approach is non-judgmental, and one of the highlights of the series is her interview with Selena’s often-maligned father. Anything for Selena wisely never strays far from the music itself. – Jake Greenberg 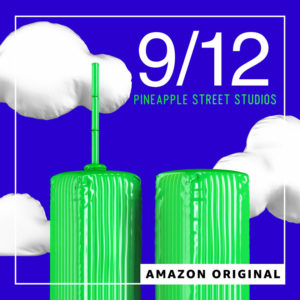 As we experience another fundamental change in American life, now seems the appropriate time to revisit how 9/11 has shaped the past 20 years. 9/12 does just that, through complex stories about vastly different people, from a Pakistani-born businessman living in New York trying to help his community members as they are jailed by federal agents, to an Ohio student who wants his town to remember 9/11, even though he wasn’t born yet when it happened. With these examples, the series conveys how far-reaching the impact of 9/11 has been, while offering engaging storytelling and a stunning score. – Kevin Chang Barnum 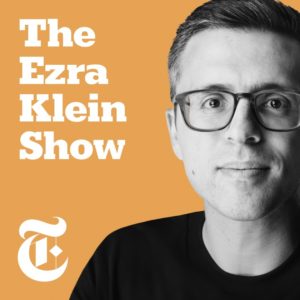 Since moving from Vox to The New York Times, journalist Ezra Klein has pushed the scope of his podcast to new heights, making it one of the best politically discursive shows of the moment. Klein is an adept, thoughtful interviewer who approaches every topic and guest with a mix of curiosity, empathy, and skepticism. Your bi-weekly invitation to meaningful conversation on topics including modern work, climate change, and racial inequality, The Ezra Klein Show asks the hard questions about how we live today. – Alice Florence Orr 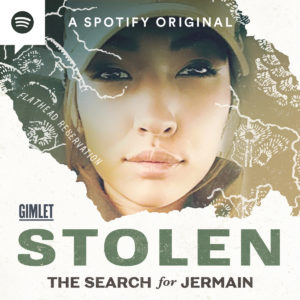 Written and hosted by Connie Walker, Stolen follows the story of Jermaine Charlo, a young indigenous woman who went missing from Missoula, Montana in 2018. There is a true crisis of indigeneous women being murdered, trafficked, or disappeared, and Ms. Charlo is one of the thousands unaccounted for. I’ve written before that the opening to Stolen is perhaps the best that exists in contemporary audio, but more than that, Walker’s journalistic integrity is what ensures that every episode lands. Stolen is one of the most important and compelling podcasts of the year, addressing an ongoing emergency with both urgency and empathy. – Wendy J. Fox 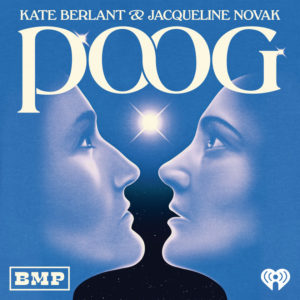 Suggested use: As an auditory supplement, take Poog weekly, preferably with a meal, on a drive, getting ready for work, in the morning, any time you feel like it. Studies show that Poog helps support gut health and brain function. Poog is organic, certified sustainable, and chemical-free (except when it isn’t). Poog is from the ground up. Poog is not tested on animals, but pets love Poog. Warning: Poog may be addictive. Poog is not “that’s funny” funny; it’s “Ha-ha” funny, for real funny, “weird looks on the bus” funny. It’s intimacy smuggled in with humor and humor by way of the too-intimate. What I mean is: it’s not a satire or a send-up, not detached, ironic, or post-ironic. It’s not a parody of whatever you think you’re too smart for. Poog is into attachment and after promise, not disavowal.

From real-life friends Kate Berlant and Jacqueline Novak, the show is wellness from within the bowels of wellness. Poog is a platform for free products, and it’s a stage for the extemporaneous, unpaid endorsement. Poog is complaint, too: why doesn’t this work, why does that hurt, or, why does this work, but not in the way you want? So, Poog is in tune with the melodromatics of the everyday. Berlant and Novak, both brilliant writers, comics, and the cheekiest of philosophers, get in touch with the discomforts of being stuck in a body. But that’s not all because Poog believes in reclaiming. Poog is carbonated, effervescent. Poog is high brow, low brow, soap brow. There’s no topic too celestial or theoretical, no musing too mundane or miniscule for Berlant and Novak, and we’re the beneficiaries. – Jorge Cotte 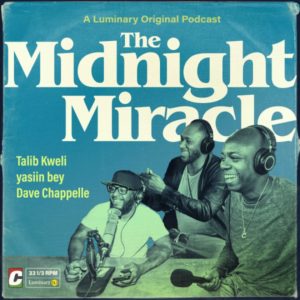 The Midnight Miracle achieves the impossible — making a paid podcast subscription worthwhile, if only for a few short months. Dave Chappelle, yasiin bey, and Talib Kweli host the Luminary original, alongside a cavalcade of their famous friends. What’s immediately remarkable upon starting The Midnight Miracle is Chappelle’s gravitas. There’s a charisma chasm between him and every other working podcast host. What elevates the show further is the production, which integrates music and conversation as well as any show I’ve heard. Each episode is focused, and the storytelling which makes up the heart of the show always feels sincere and surprising. – Jake Greenberg 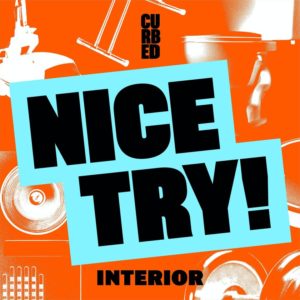 Season two of Nice Try!, titled “Interior,” is all about the domestic sphere and the products that promise to improve it. Centered on the American home and its roots in Western culture, Interior is an object history of domesticity that weaves informative and insightful stories about items like doorbells, vacuums, mattresses, and bidets. It is easy to take our worldly goods for granted, and to never give much thought to how they’re made or by whom. Lifestyle products are, after all, designed to help us perform household tasks seamlessly and without mental strain. But Nice Try! Interior reveals that the objects sitting quietly about our homes are actually quite chatty in the stories they have to tell. Host Avery Trufelman and her stellar team of producers, editors, and engineers have assembled a podcast that is rigorously researched, thoughtfully written, and sonically-rich. – Kat Rooney 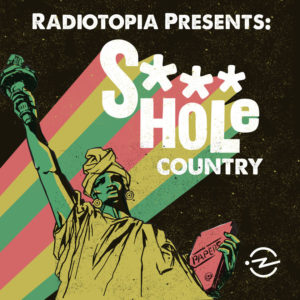 S***hole Country is the rare podcast that does it all — the kind that’s unafraid to ask the weightiest questions, but also never loses sight of the story that pumps life into its every moment. The series follows pseudonymous narrator Afia Kaakyire (who also wrote and sound designed the series) as she visits her relatives in Ghana from her home in the Bay Area. As Afia learns about her family and their history, she is forced to confront how she understands her own identity and tries to make sense of what Ghana and America mean to her. The series strikes an expert tone of intensity balanced by moments of quiet. But what sets S***hole Country apart from other podcasts I’ve listened to is that, alongside Afia, I too found my self-perception changing. And that’s exactly what great art should do. – Kevin Chang Barnum