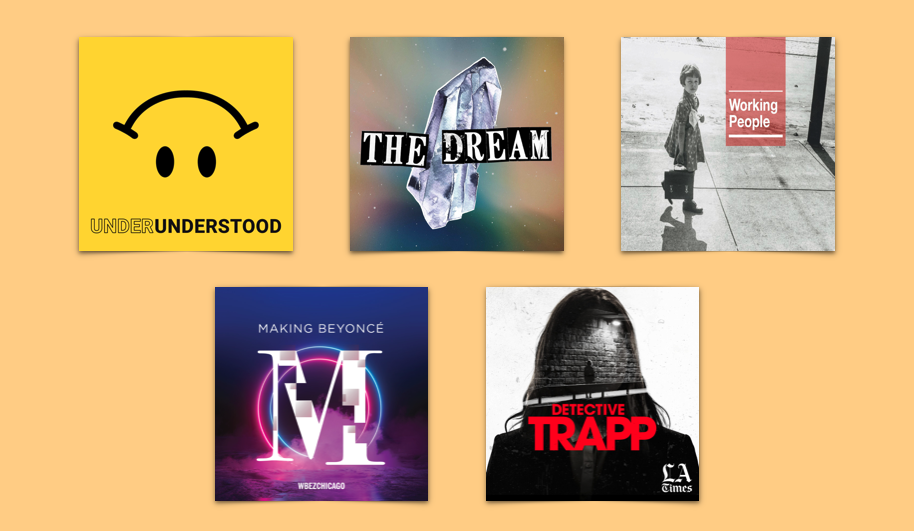 Each month, Podcast Review’s staff offers recommendations on the best new podcasts to listen to. Here are our favorites for December:

The same Making team that last year traced Barack Obama’s path from childhood to the White House has turned its focus to Beyoncé. The Making method is chronological and exhaustive. The season premiere manages to spend nearly all its time on Beyoncé between the ages of about 8 and 13. The WBEZ team does a nice job of curating archival footage (Beyoncé’s been in the industry for nearly 30 years so there’s plenty) alongside a host of original interviews. Given Beyoncé’s status as the star most in-control of (masterful at creating) her own story, any piece of documentary that is made by someone other than Beyoncé is a useful addition to the canon.

The Dream has returned for its second season, this time taking aim at one of the biggest movements/fads of the last few years: wellness. The podcast’s first season was addictive thanks to its unflinching examination of the multilevel marketing industry, dissecting its ties to politics and cultish personal development philosophies. For those skeptical about a change of subject matter, host Jane Marie promises that this season will follow both tonally and thematically. Indeed, on the first episode, Marie delves into the pseudoscience behind essential oil companies and immediately establishes a connection between multi-level marketing and the wellness industry at large.

For most of us, the world abounds with enigmas. We can explain most of the things around us in a sentence or two, but for many of the objects or processes that make up our daily routine, it would only take a few follow-up questions to stump us. The podcast Underunderstood takes a look at our confusing, misunderstood world and provides us with some answers. On a recent episode, the show examined the McDonald’s McFlurry. Questions about the icy treat’s unique straw and its varying preparations method are addressed with a journalistic rigor and pleasing banter that make the show a fun and interesting listen.

Detective Trapp has sat atop the Apple Podcast charts for most of the month, adding yet another hit to Wondery’s record. The show mimics the narrative practices of a cop movie more than it does a traditional true crime podcast. The first episode dedicates half its time to a profile of Detective Julissa Trapp’s life up until the show’s central case, a series of murders of women in Santa Ana, California, is assigned to her. In fact, Trapp doesn’t even begin investigating the case in the series premiere. The approach of Detective Trapp, which is told rather linearly, is to frontload the narrative, and keep the facts of the case shrouded in mystery until the detective herself uncovers them.

On Working People, Maximillian Alvarez interviews workers from across the country to explore what it’s really like to be working class in today’s America. With recent episodes featuring an adjunct academic, a fast food employee, and an Instacart delivery worker, part of Alvarez’s project is to expand the definition of “the working class” beyond the one usually provided by the media. Alvarez is a gifted interviewer, willing to hear his guests’ life stories while also asking specific questions about their day-to-day struggles.