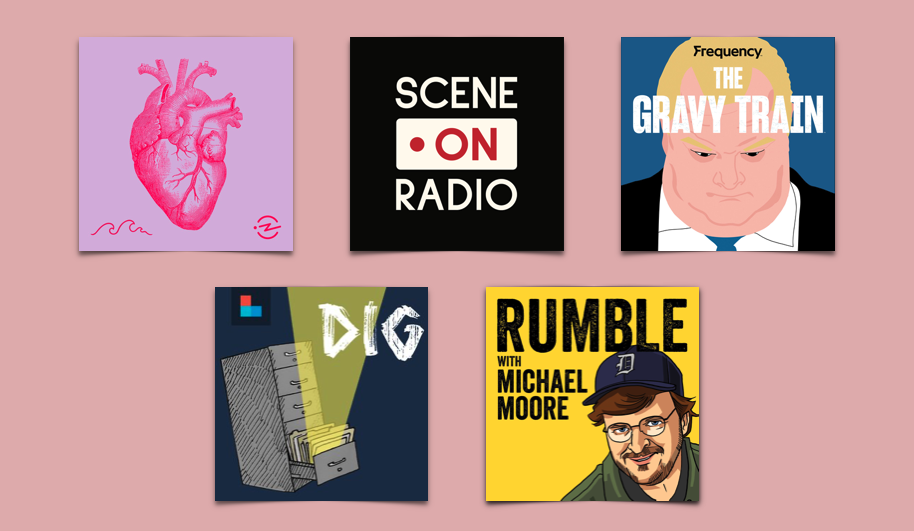 Each month, Podcast Review’s staff offers recommendations on the best new podcasts to listen to. Here are our favorites for January:

The Heart is back. After a two-year hiatus, the Peabody-nominated podcast “about intimacy and humanity” is making its return with a new pair of producers, Nicole “NK” Kelly and Phoebe Unter. While the inimitable Kaitlin Prest will remain the show’s host, Kelly and Unter — best known for their podcast bitchface — are taking over all storytelling duties. The Heart is one of those shows that reminds you that podcasting can be an art form. In a world saturated with formulaic true crime shows and boring celebrity interviews, we need it.

Michael Moore has had an active three-and-a-half years, since he distinguished himself from other liberal voices in the media by sounding the alarm that Trump was in fact going to win. That warning was a reminder that Moore, for many years, had been the most consistent voice of true left-wing opposition in the mainstream media. With Rumble, Moore is able to comment on the week’s news outside the context of a cable TV show. He spends equal time monologuing and interviewing the likes of Daniel Ellsberg, Robert De Niro, and Anand Giridharadas. In a particularly striking recent sit-down, Moore reinvestigated the 2000 election with Ralph Nader, and thanked him, quite sweetly, for his decades of service.

From the Kentucky Center for Investigative Reporting, Dig is the newest iteration of a depressingly familiar story about sexual assault and the failures of our criminal justice system. Told over four parts, the series is the culmination of a year-long investigation of Louisville’s unwillingness to arrest or prosecute perpetrators of sexual assault. The podcast alternates between one woman’s — Jen Sainato’s — specific experience and the city’s larger inability to prosecute sexual assault cases.

Dig’s first episode contains a description of sexual assault and the police body camera audio from Sainato’s initial interaction with the Louisville Police. Both are difficult to hear, but one hopes that exposing the many injustices that Sainato faced at the hands of those meant to protect her will catalyze much needed improvements in treating sexual assault victims seriously and respectfully.

“How democratic is the United States? And how democratic has it ever been?” Never shy about asking big questions, John Biewen is back with the fourth season of Scene on Radio, this time focusing on the ongoing project of American democracy. Joined by Rutgers professor and Uncivil co-host Chenjerai Kumanyika, on the season’s first episode Biewen visits North Carolina’s Oconaluftee Indian Village and speaks to the artist and historian Davy Arch about the Cherokee tribe’s governing style, which Biewen finds to be in many ways more democratic than our own. Delivering lessons from the past through insightful, well-edited interviews, Scene on Radio is a must-listen for anyone interested in America’s civil history in light of our current travails.

The Gravy Train, which wrapped last month, asks us to put Rob Ford’s wild tenure as Mayor of Toronto into the greater context of North American politics in the last decade. From episode one, host Jordan Heath-Rawlings draws parallels between Ford and Trump, not in background but in strategy: blowhard one’s way through any opposition. The catalogue of Ford’s misdeeds is astounding. The Gravy Train smartly spends just as much time documenting Ford’s misogyny, racism, and political failures as his more widely-covered drug abuse. This is less the story of a single scandal than a profile of a disastrous mayor. The Gravy Train argues that we should not forget Rob Ford, but try to understand how a fundamentally-volatile person can convince millions that he is in fact a fundamentally-consistent politician.