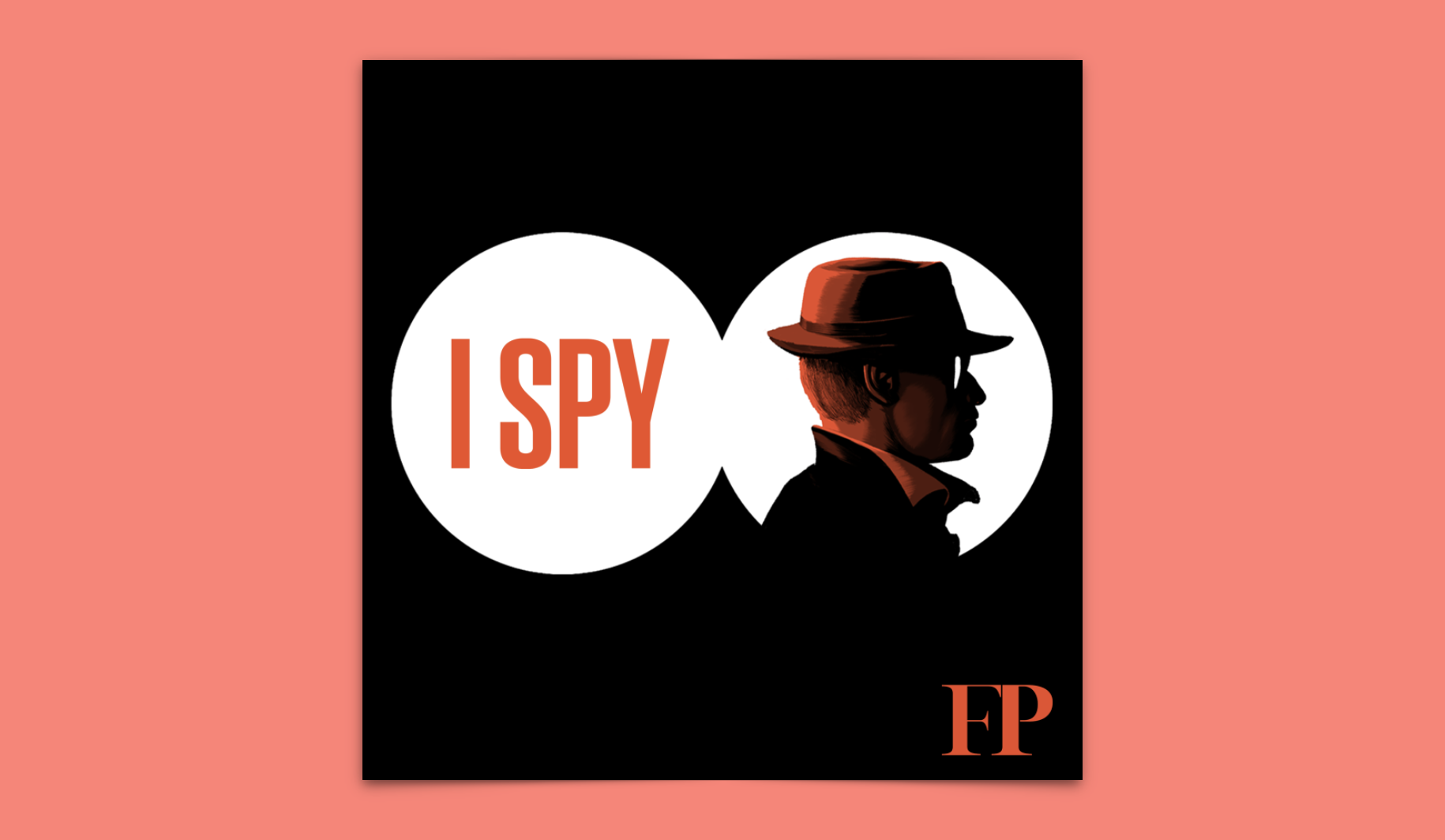 On I Spy, a compulsive new podcast from Foreign Policy, retired spies tell stories from their undercover days. Each half-hour episode is dedicated to one spy who recounts a particularly juicy operation. Of the six episodes in the first season, four spies are from the CIA, but there’s also an Israeli Mossad operative and an East German KGB agent who lived undercover in America for a decade before defecting.

In the first episode, “The Master of Disguise,” Jonna Mendez, a former Chief of Disguise at the CIA, captures the thrill and the surrealness of her profession. Mendez entered the agency as a secretary in 1966. She quickly climbed the ranks, becoming a photography specialist and later a disguise officer. In her day, the disguise office was nicknamed “Mission Impossible” and “Q,” after the designer of nifty gizmos in James Bond films.

These pseudonyms weren’t totally tongue-and-cheek. According to Mendez, case officers regularly watched Mission Impossible, Get Smart and other spy shows. On weekends, there was an officer on duty whose job included taking calls from operatives who had seen gadgets in these shows that might prove useful in real life. “Most of them we swept aside,” says Mendez, “But every now and then, we’d hear a really good idea and we’d set off to invent it.”

Gadgets weren’t the only way pop culture influenced real espionage. When agents used masks in the field, they were often stunt double masks acquired from Hollywood studios. There were small, medium and large sizes, modeled after the faces of real actors (the large was Rex Harrison, Mendez recalls). Like a Hollywood makeup artist, a disguise officer could paint on the mask, making it any ethnicity or age, and glue on hair, beards and mustaches. Disguise masters also created life-like gloves, which they painted with veins, moles and fingernails.

More modest trade techniques included stomping on falsified ID cards to make them look worn and dousing an asset’s hair in Dr. Scholl’s foot powder to make him look old. One time, Mendez rallied all the wives of operatives in her field office to bring her makeup when she realized she didn’t have enough to disguise an asset who had a distinctive birthmark. She got it all back to them, she assures I Spy listeners.

The United States was a latecomer to the big-time government spy trade. The CIA, for instance, is only about 70 years old. While Britain, France and Russia have all been in the spy trade for centuries, America only joined the game during World War II. A first iteration of the CIA was the Office of Strategic Services (OSS), created by Franklin D. Roosevelt in 1942. Based largely on MI6 and nurtured by the help of the British, the OSS was developed to contribute to the Allied Powers’ wartime espionage efforts.

The OSS had a mixed track record. The analysts who worked behind desks were universally praised among Washington’s elite, but the field agents were controversial. The OSS director, for example, was William J. Donovan, a man who was better known by his nickname Wild Bill. Donovan had some out-there ideas. For a while, he had men testing the viability of strapping bombs to the backs of bats and dropping them into Tokyo (it didn’t work).

After the war ended, the OSS was disbanded. But it was resurrected just two years later as the CIA. The agency thrived as the Cold War fueled demand for its clandestine work – even if the very concept of a secretive intelligence agency stands starkly at odds with the values of an open and free democracy. Since its birth, the CIA has had to play defense against the question: should an agency made up of non-elected citizens be allowed to operate almost entirely unchecked?

I Spy may not ultimately answer that question, but its episodes vividly describe the craft of espionage, with rare access to former spies. Every one of them is impressive. There are certain details the spies have to leave out, but I was continuously surprised by how candid they were.

Each guest on the podcast is a superb storyteller. They speak with measured cadences and choose their words with precision. There are no ums and ahs from these guys. They’re charming and they’re forthright. They don’t shy away from admitting when something went wrong or from looking at their operations with a critical eye.

A few days after finishing the podcast, I remembered a line from one of the operatives, James Olson, a former Chief of Counterintelligence at the CIA. “It’s kind of terrible to say,” he said, “but you get good at lying.” I laughed. I had believed every word.