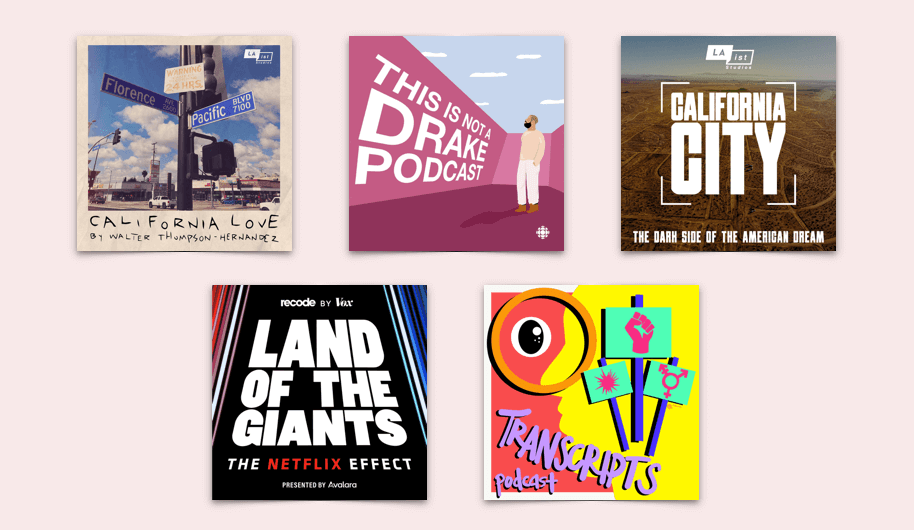 This Is Not A Drake Podcast

It’s true! The CBC’s latest, hosted by Ty Harper, considers the world that surrounds Drake. Episodes explore the history of hip-hop in Toronto or of the digital mixtape era before circling back to Drake in the final minutes. At its best, the show traces a throughline from the strict commercial divide between hip-hop and R&B in the ‘80s and ‘90s to the dissolving of those boundaries in Drake’s early work. The podcast acts as a selective history of rap music in the 2010s, dancing around Drake’s historically unusual run of pop dominance. Drake’s genre-jumping and continued mastery of new styles has been a favorite talking point of his critics; it’s also one of his premier talents, and worth the attention This Is Not A Drake Podcast gives it.

Walter Thompson-Hernández had been missing his hometown of Los Angeles. So, after a few years spent as a roving correspondent for the New York Times, he decided to come back. On California Love, Thompson-Hernández reflects on his love for LA, but also its increasing imperfections. His friends can no longer afford to live in the neighborhoods they grew up in, his favorite stores and restaurants have closed, and “now, everywhere you turn, there are tech bros.” Part memoir and part documentary, the podcast finds Thompson-Hernández reminiscing about his childhood alongside interviews with a wide range of native Angelenos. There is much to savor in this series, from its immersive soundtrack of ‘90s West Coast hip-hop to its frequently surprising narrative arcs. California Love is one of this year’s most innovative and moving podcasts.

Transcripts is a survey of the current state of trans activism. Taking great advantage of their home at the University of Minnesota’s Tretter Transgender Oral History Project, hosts Andrea Jenkins and Myrl Beam spend time with trans activists from across the country. The podcast is interested in the wide scope of these activists’ work, the fight for economic security and against legal persecution that goes far beyond the issues of representation most often covered by the media. The show will be an interesting one to watch develop — Jenkins sits on the Minneapolis City Council and was among the nine members who took a pledge to disband the city’s police department last month.

Land ownership has long been a symbol of prosperity in the U.S. The dream of owning land and seeing it appreciate in value has enticed millions of Americans to purchase property. Unfortunately, this dream also creates easy opportunities for scammers to cheat unsavvy investors out of their money.

California City, a new podcast from LAist Studios, exposes the history of cheating investors in a rather unimaginatively named city in California, California City. The most recent villain in this story, Silver Saddle Ranch, has convinced more than 3,000 investors to purchase shares in a land bank on nearly worthless land, earning the company over $56 million dollars. But the owners of Silver Saddle are only the latest in a line of swindlers who have used this land to scam tens of thousands of people. On California City, host Emily Guerin blends investigative journalism on these ongoing predatory practices with a fascinating history of how this scammer’s paradise came to be.

Land of the Giants

Land of the Giants, Recode’s big tech anthology series, is back with a new season on Netflix. Hosted by veteran reporters Peter Kafka and Rani Molla, the podcast features interviews with top Netlifix executives including founder and CEO Reed Hastings and Chief Content Officer and now co-CEO Ted Sarandos, as well as critics and journalists who have long covered the streaming behemoth. Each episode takes on a distinct topic, from Netflix’s unique internal culture to its first forays into original programming. The season’s second episode, on the company’s early battles with Blockbuster, is its best so far, entertainingly explaining how Netflix’s rise was far from inevitable.