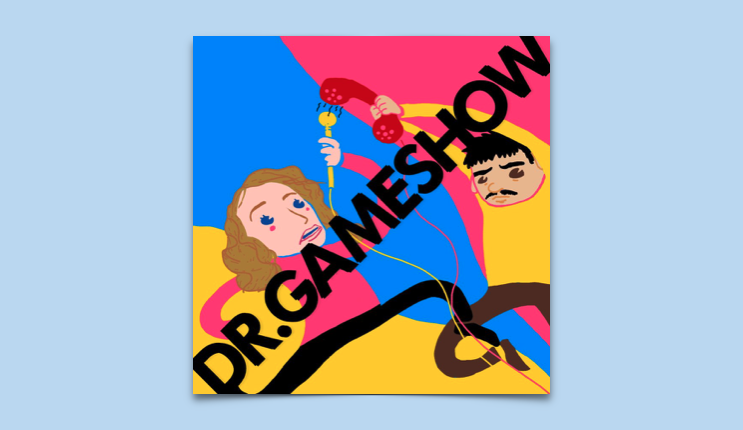 Recently, in the process of recommending Dr. Gameshow to a friend, I mentioned it had been canceled twice.

“Wait, canceled, or canceled?” she clarified.

In an era when the term “canceled” carries with it a certain stigma, Dr. Gameshow is no stranger to its original meaning. Twice the podcast has been dropped from its hosting platforms, first from WFMU back in 2017, then renewed on Earwolf only to be dropped in 2018. And once again it rose, like the Phoenix of yore, on Maximum Fun in 2019.

The reasons for its cancelations are ordinary, but it has bounced back due to its devoted fanbase and the tireless efforts of its producers. But for a show that owes so much to its listeners’ support, never has there been a greater disdain for a fanbase on the part of the hosts.

At the heart of Dr. Gameshow’s premise is community. Listeners submit home-made games, often with inconsistent and poorly-vetted rules, which Jo Firestone and her sleepy sidekick Manolo Moreno play alongside callers-in and comedian guests like Jason Mantzoukas, Josh Gondelman, and John Hodgman. After three games or so, a vote is taken on which game will continue on to next week. But, much like our current democracy here in America, that system is open to interference, with listeners frequently sabotaging the voting process by writing in games that haven’t been played, usually leading to an even more impromptu creation.

Firestone, who is known for her work on The Tonight Show with Jimmy Fallon and Joe Pera Talks with You, is a high-strung, impetuous host, often tortured by Moreno’s improvised musical stylings as co-host and sound effects expert, and by her callers’ frequent derailment of the conversation in what is sometimes known as “Dr. Hangout.”

Regardless, every other week she returns to the difficult role of host and manages to keep it all running with relative ease, despite the many obstacles. Firestone does so with a bubbly energy that delights, especially when a celebrity guest is swapped out for a child co-host (the show is family-friendly!) who add a levity and spontaneity to the show that only kids can bring out. 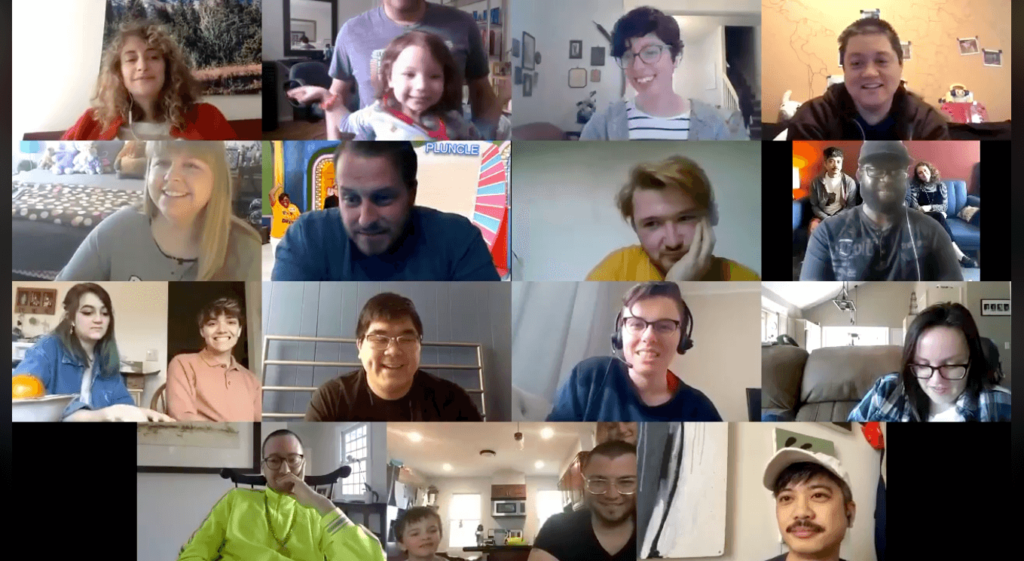 Ever since the pandemic began, Dr. Gameshow has been recording its episodes live on Zoom.

The resolve of the podcast as a whole was put to the test at the beginning of the COVID-19 pandemic, when the two hosts became unable to book studio time and had to move to Zoom for recording sessions. A brief hiccup occurred on an initial outing when Zoom-bombers broke in and screenshared inappropriate content. But, after adapting the way they invited callers into the program, things began running smoothly again.

The new format of the show features only listeners calling in, no celebrity guests, and allows fans to contribute their musical talents to the theme songs. Imagine a wall of mismatched instruments maxing out the audio capabilities of Zoom, and you have a pretty good idea of how that goes each time.

Alongside the official podcast tapings, members of the Facebook fan-page started parallel Zoom calls to play games from the show with each other. Both versions of the virtual gatherings acted as a bit of solace from the dread of pandemic-life, and underscore what a unique and fascinating corner of the internet Dr. Gameshow is.

Dr. Gameshow is about as fun as a podcast can be. Fans of the program can call in to play games (winners get a free custom magnet!) or listen live, join the Facebook fan page to chat about the show and play games, and even take note of the best games to play on long car-rides with friends and family. Although the hosts and their guests boast impressive credentials in comedy, the podcast as a whole feels entirely accessible to people of all sorts, in the same spontaneous way that radio call-in shows give anyone air-time at great risk, but often creating the best audio you can’t get anywhere else. Jo and Manolo play up their annoyance at their rowdy listeners, but behind it all, Dr. Gameshow wouldn’t exist without its fans.