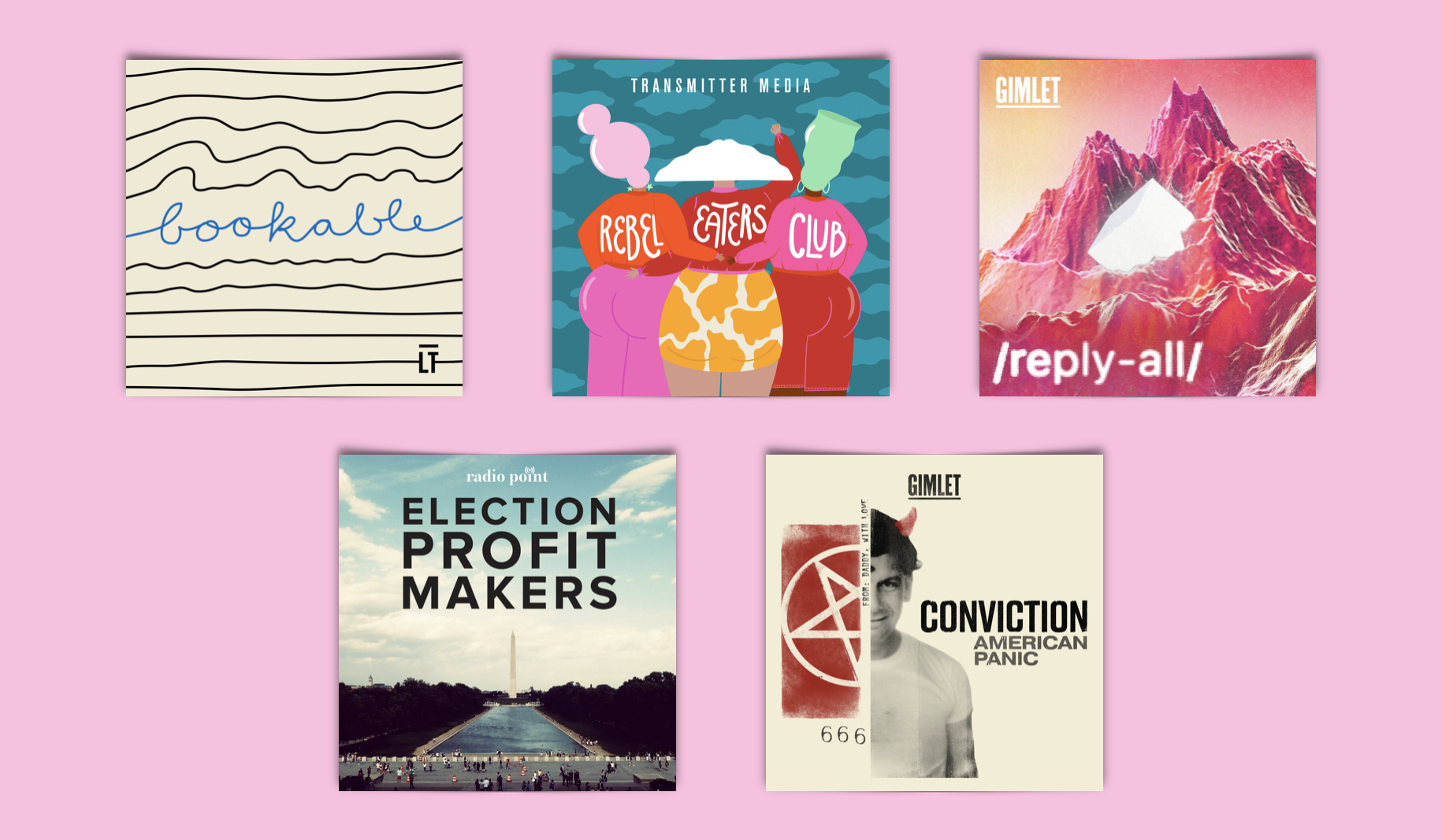 On Rebel Eaters Club, a new original podcast from Transmitter Media, the writer and activist Virgie Tovar speaks with guests about their relationships to food and the deleterious effects of diet culture. Growing up, Tovar had a troubled relationship with her weight and considered food an enemy to her happiness. “The better it tasted,” she thought, “the more dangerous it was.” On the show’s debut episode, Tovar interviews sculptor Mia Feuer and the pair discuss how their first ideas around food came from close family members. It’s a conversation filled with honesty, as Tovar and Feuer explain how it each took them years to shake off the harmful notions spread by our diet culture at large.

Conviction: American Panic, a true-crime podcast available exclusively on Spotify, examines the hysteria around satanic cults that swept America in the 1980s. John Quinney was 10 years old when he testified against his father at trial, accusing him of torturing and murdering children as part of a satanic ritual. The podcast tracks the twin stories of Quinney and his father and the larger strain of panic that gripped the country about satanic cults. Although fears about Satanism were based in ideological and political misgivings, the show illustrates how the spread of rumors and fears can be more destructive than any of the real dangers that prompted them.

There are no shortage of podcasts in which a friendly, well-read host interviews authors about their latest books. What makes Bookable different is that host Amanda Stern is less interested in a writer’s new novel or memoir than how it is they came to write it. Also unique is Bookable’s format. Instead of presenting interviews in a straight Q-and-A style, the podcast is creatively edited to largely feature only the guest. With a lineup so far featuring the writers Alexander Chee and Mira Jacob and future guests including recent National Book Award-winner Susan Choi, Bookable is one of the most exciting writing podcasts to debut this year.

The latest episode of Reply All, “The Case of the Missing Hit,” is a certified banger. Already labeled “perhaps the best-ever episode of any podcast” by The Guardian, it follows host PJ Vogt as he helps the film director Tyler Gillett track down a goofy pop song that’s been stuck in his head for months. No evidence of this song exists aside from an odd mention of a few of its lyrics on an obscure internet forum, and yet Gillett remembers the tune with an uncanny precision. Vogt brings on a band to re-create the song from Gillett’s memory, and he likens this process to “taking a crappy fossilized footprint of a dinosaur and trying to imagine and re-create the dinosaur from that footprint.” From there, a painstaking search involving music critics, record producers, and 90s radio programmers unfolds, with many laughs along the way.

In many ways, Election Profit Makers is like most of the other popular election podcasts out there. The show’s hosts — David Rees, Jon Kimball, and Starlee Kine — are all Democrats. They talk about the seemingly inevitable rise of Joe Biden, the unfair demise of Elizabeth Warren, and whether Bernie Sanders can translate his base of ardent supporters into a broader coalition of voters. There are a host of podcasts that offer views like these alongside reliably pleasant banter. But Election Profit Makers differs from these shows in that the hosts are also betting money on each of the primaries. Their bets often differ from their personal desires, and their betting explanations about upcoming races is an interesting, if calculating, look at the presidential election separated from ideology.