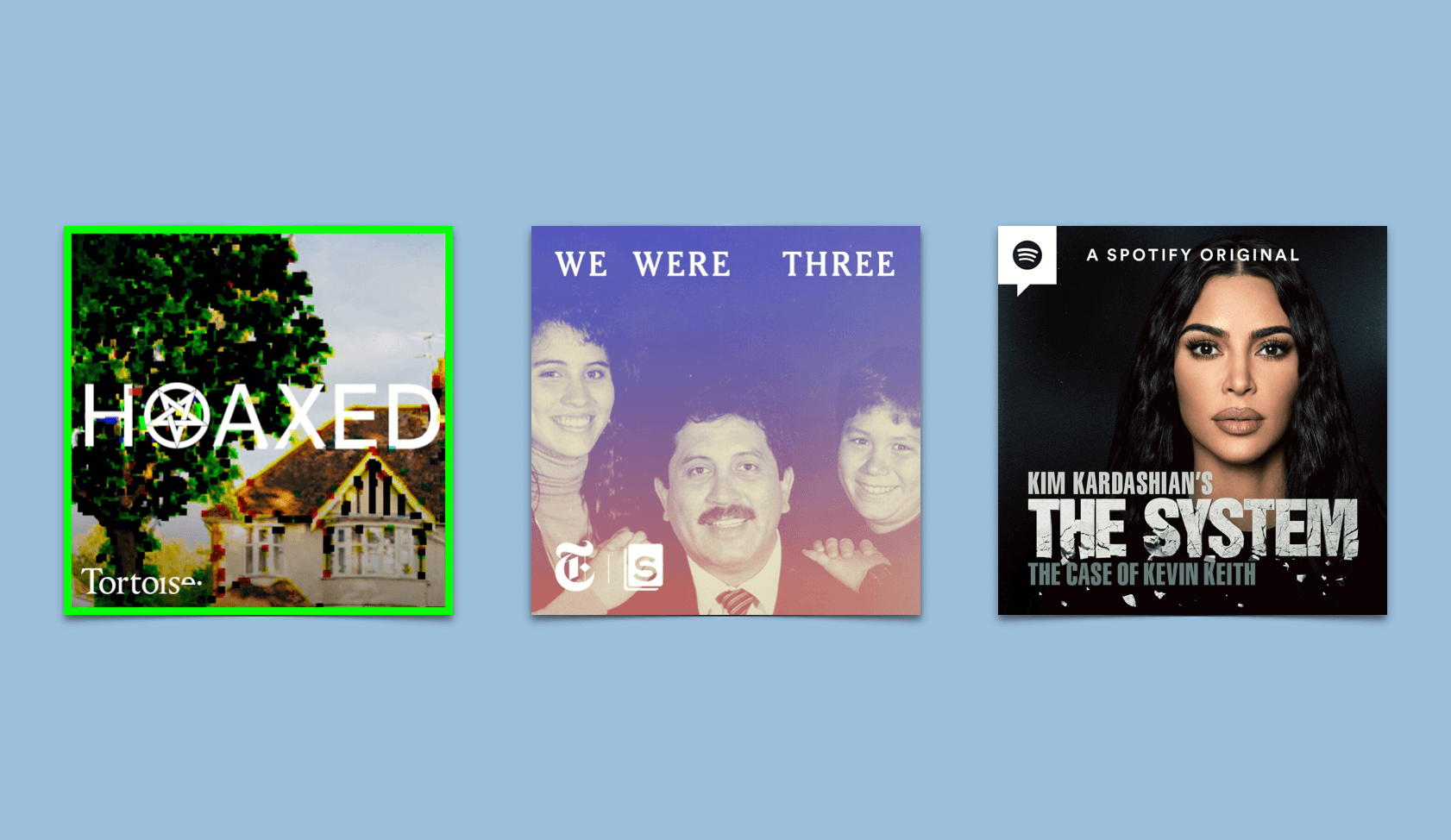 The latest from Serial and the New York Times shares the story of Rachel McKibbens, who lost her father and brother to COVID in quick succession last year. In the devastating first episode, host Nancy Updike traces McKibbens’ efforts to convince her brother to accept medical assistance during his illness, across the chasm separating their beliefs about Covid. The three-part series is a character-study that takes the tragic deaths of two family members as a starting point for understanding how relationships and beliefs ebb and flow.

Investigative reporter Alexi Mostrous has a way of taking messy, high-stakes stories and gently recounting them to listeners in a way that would be soothing if the stories themselves weren’t so unsettling. In Hoaxed, a spectacular new podcast series from Tortoise Media, Mostrous investigates the 2014 Satanic conspiracy theory that shocked Britain. Just as he did in Sweet Bobby, Mostrous invests listeners in the story by helping them get to know, and sometimes love (or hate), its major players through keen character insights and granular attention to detail. At the same time, Hoaxed never loses sight of the larger picture, and Mostrous draws a compelling connection between age-old Satanic panic and its Internet-Age descendant.

“Would this podcast work better as a TV show?” That’s the question that might run through your mind while listening to the first episode of Kim Kardashian’s The System, a Spotify exclusive that sees television’s first lady turn true-crime podcaster. That the show works at all shouldn’t be surprising, given that Kardashian has perfected the art of making engrossing entertainment out of little more than matte grey surfaces and face-to-camera “confessionals.” This debut season of The System is about Kevin Keith, a man who was convicted of a triple homicide in 1994 and narrowly escaped execution sixteen years later. The evidence Kardashian and her team have gathered is compelling, and the captivating testimonies coupled with Kardashian’s instantly recognizable voice make this show easy to binge. The System is a series with real potential.