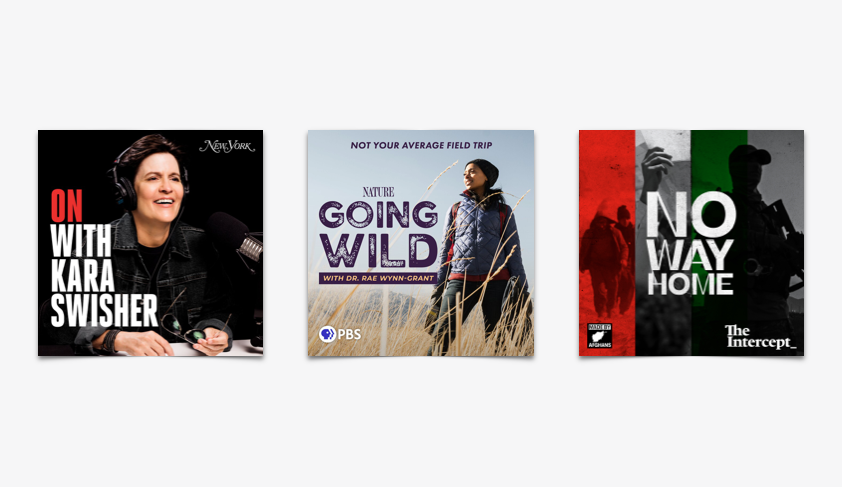 On with Kara Swisher

Kara Swisher’s latest sees her move from The New York Times to a partnership with New York Magazine and Vox. Those familiar with Swisher’s previous show should be able to make the transition seamlessly, as long-form interviews remain front and center. Through the first three episodes, Swisher has also added a looser news segment with executive producer Nayeema Raza as a lead-in to the main conversations with Chris Cuomo, Hillary Clinton, and Vanessa Pappas.

Intercepted’s four-part miniseries, which ran throughout the month of September, approaches the Taliban’s 2021 takeover of Afghanistan from the perspective of refugees and those living in exile. The project picks up where the rest of the American media left off, from the moment the US’ longest war theoretically ended. The first episode is narrated by Summia Tora, as she details the months of work she put in to get her father and another young family out of the country.

Dr. Rae Wynn-Grant’s podcast, a production of PBS’ long running Nature, returned for its second season late last month. Dr. Wynn-Grant spotlights an expedition each week in order to tell a story about the scientists who dedicate their lives to documenting and researching in the wild. The season’s premier finds Dr. Wynn-Grant sharing her own story, of taking her toddler with her to study jaguars in Panama. It’s a feel-good episode, and gives those less nature-inclined a way into the universe of wildlife study.