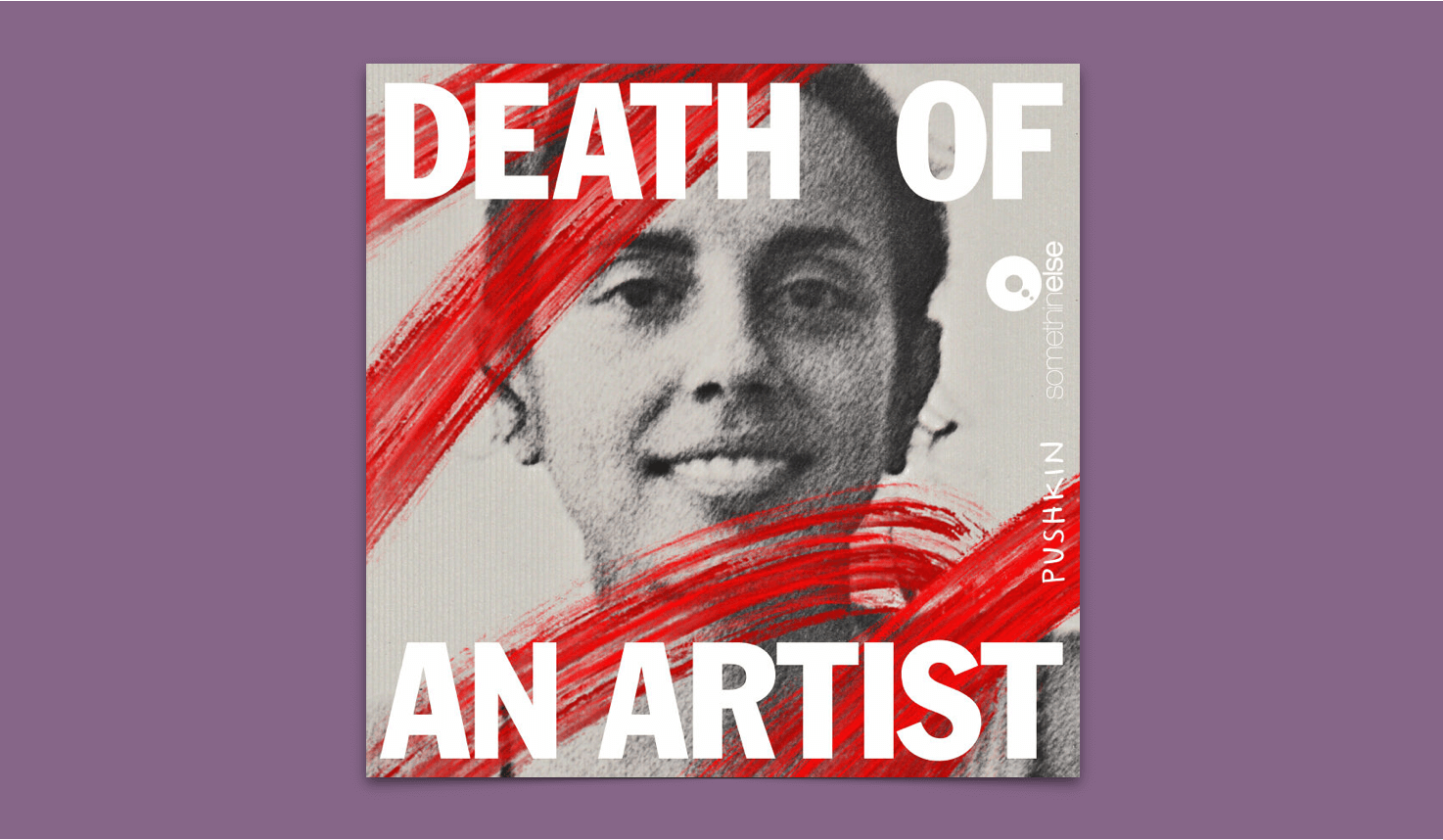 “The sidewalk just in front of the door is covered in blood,” Helen Molesworth, the host of Death of an Artist, says at the podcast’s graphic beginning. “As pedestrians pass the puddle of blood, they notice it and casually step around it.” Initially, listeners might think Molesworth is describing the show’s central scene: the death of radical artist and Cuban refugee Ana Mendieta. At least, that’s what I first thought. But then, in a sleight of hand, Molesworth shifts our perspective. “The whole scene is being captured by two young women in their 20s,” she tells us. One of those women is Mendieta, who staged the bloody sidewalk in 1973 while getting her MFA at the University of Iowa. Mendieta was only a first-year then, but according to Molesworth, she was already at the forefront of the 1970s feminist avant-garde. Blood, violence, and societal indifference to these horrors would become major marks of Mendieta’s work, and also, in a shocking turn of events, her death.

The issue of indifference is what drove Molesworth to investigate Mendieta’s death. She first learned about the artist — both about her work and her brief, fatal marriage to famed American minimalist sculptor Carl Andre — as an art history PhD student at Cornell. She points out that it wasn’t professors who taught her about Mendieta, but rather her peers. The art world was, and still is, largely tight-lipped about Mendieta’s death, and about Andre’s murder trial that shortly followed (most signs point to the likelihood that he killed her, though we later learn that he was acquitted). In a disarmingly honest moment, Molesworth discloses that as an undergraduate she was an ardent fan of Andre’s sculptures. “I was completely turned on by their taboo-breaking, fuck-you energy,” she says. And she still loves them, even now, but it’s clear that Molesworth is deeply troubled by the silence shrouding Mendieta’s death and, as a result, her life. She is as much a fan of Andre’s art as she is a believer that Mendieta’s own artistic significance is sorely underrecognized.

Throughout this six-episode series from Pushkin Industries and Somethin’ Else, Molesworth is determined to confront the art world’s reticence about Mendieta, but she is often met with disappointing resistance. A persistent theme in Death of an Arist is the insistence of art world elites on separating the art from its maker, or in this case, on separating Andre’s brilliant sculptures from Andre the alleged murderer. The series is a sort of whodunnit (Molesworth details strong evidence of Andre’s guilt), but it works best when considering what Mendieta’s death revealed about the art world. In one episode, Molesworth describes a divided room on the night of Mendieta’s memorial: on one side, Andre and those who believed that Mendieta’s death was either an accident or a suicide, and on the other, Mendieta’s friends and family who believed that Andre was guilty. According to Molesworth, that room still represents the art world to this day, decades after the fact. And for Andre and his supporters, silence remains the main line of defense.

As Molesworth keenly observes in the show’s opening scene, the nonchalance with which pedestrians noted Mendieta’s staged pool of blood in Iowa City bears a disturbing resemblance to the silence that met the artist’s horrific end in 1985. In the final episode, Molesworth and her producer visit the building from which Mendieta fell 34 floors to her death — the building where Andre still lives. Though the purpose of their visit was to speak with Andre, I was most interested in the moment just before they entered the building. “Standing at street level, we had to crane our necks to look all the way up to the 34th floor,” Molesworth says. “The horror of Ana’s last moments really hit me. There was nothing abstract about it anymore.” Her description of bearing witness to the site of Mendieta’s death made me think of the artist’s Moffitt Building Piece: blood pooling on the sidewalk, passersby choosing to ignore it, and all along, Mendieta and her sister documenting the scene. This time, though, it’s Molesworth beholding a gruesome scene. Unlike the pedestrians that day in Iowa, she’s paying attention, and she’s angry.