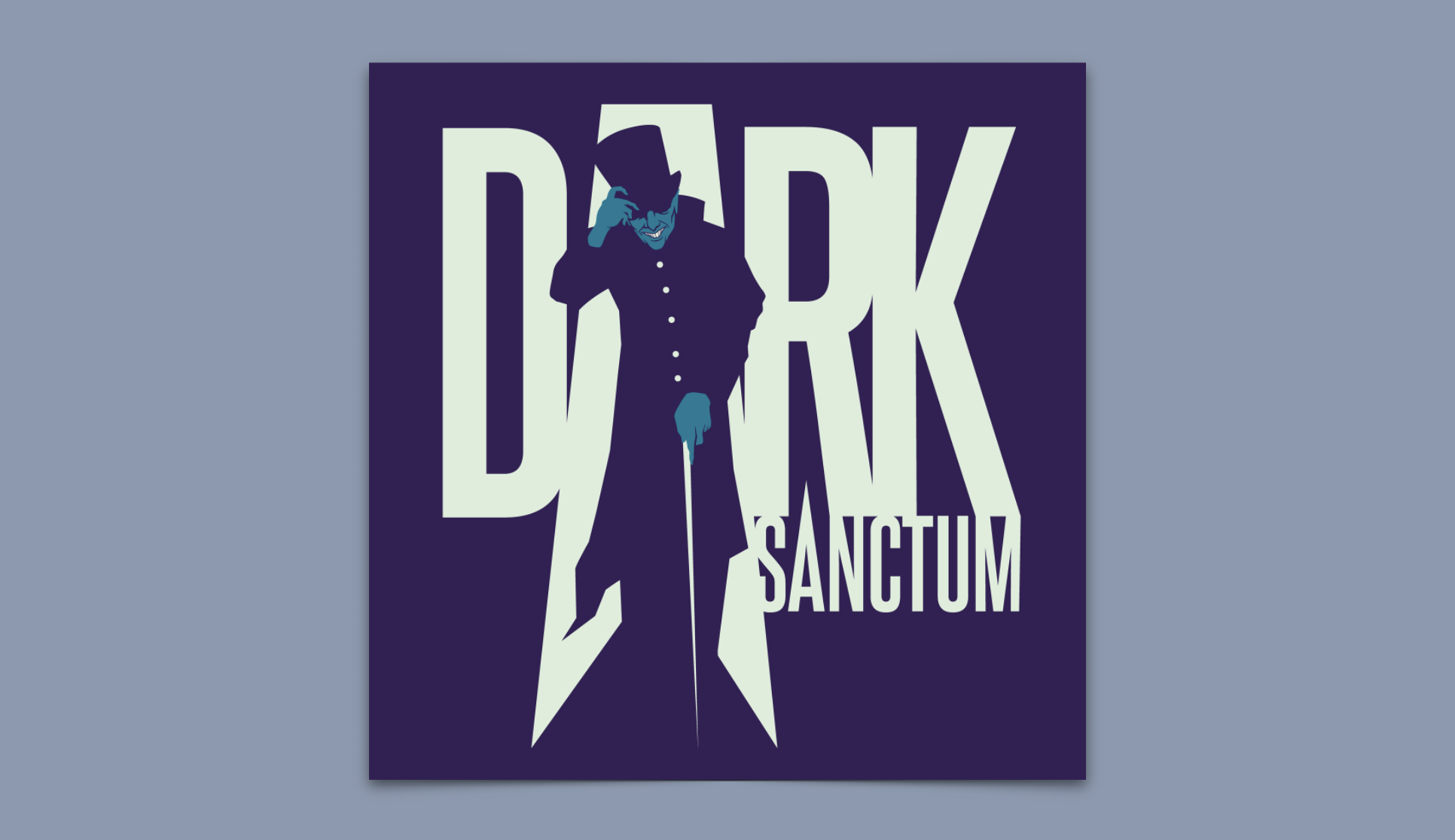 Fans of old-timey horror radio have plenty of listening options these days as the subgenre has been experiencing something of a resurgence through podcasts. From archival releases like Relic Radio to the nods to classic weird fiction of The Wrong Station to the Lights Out homages found in series like Twelve Chimes It’s Midnight and Campfire Radio Theater, the often forgotten masters of radio horror are getting some credit through a number of modern-day retellings. To that end, Wondery has released its newest jaunt into the dark side, Dark Sanctum.

Suited for listeners looking for some fresh horror during the relatively horror-free period between Halloween and Christmas, the first round of Dark Sanctum has debuted with its first episode available across platforms. Scripted by Mark Ramsey of Aftershock, Inside the Exorcist, and Inside Psycho, with sound design by Jeff Schmidt, this bite-sized, seven-episode season focuses on character-driven, standalone stories in the vein of classic radio plays one might hear on The Hermit’s Cave or Suspense! or TV shows like The Twilight Zone and The Outer Limits.

Each episode of Dark Sanctum kicks off with a growly introduction read by an atypical horror host, steering away from the matter-of-fact conclusions of Rod Serling in The Twilight Zone and the over-the-top comedy of the Cryptkeeper in Tales From The Crypt. This entity, The Guide, introduces listeners to the story through more existential means, such as describing the look and feel of a watch in episode one’s “Requiem for a Traveler,” a tale about a man who refuses to make time for his family until it’s too late. Noting that the watch is broken and describing its cracked surface and the exact time it stopped, this is the sort of thematic pondering that kicks off each tale in lieu of the more exposition-heavy introductions typical of the genre.

Two of Ramsey’s prior projects for Wondery, Inside Psycho and Inside the Exorcist, leaned into a fascination with horror of days gone by, taking a fact-meets-fiction approach to telling the stories behind these massively influential films. That interest in highlighting the classics while telling stories very much through a modern lens continues into Dark Sanctum. Adding an extra dash of star power through voice actors Clive Standen (Doctor Who), Bethany Joy Lenz (Dexter) and Michael O’Neill (Jack Ryan), the series provides a number of interesting scenarios that harken back to horror hits of yesteryear.

The second episode, “Detour,” works as a tribute to the massively influential radio play “Sorry, Wrong Number,” which later became a film starring Barbara Stanwyck and was written by the underrated horror icon Lucille Fletcher, who also penned other top-notch thrillers like “The Hitch-Hiker” and “The Furnished Floor.” “Sorry, Wrong Number” follows a woman desperately attempting to convince the authorities that a man is coming to kill her but finding them unwilling to listen until it’s much too late. In “Detour,” the similar device of a person in danger attempting to call out for help but finding those he attempts to contact unreachable creates nearly unbearable levels of tension for the listener. The update, which brings in some of the insidious, scheming vibes of Tales From The Crypt, creates an effect all its own through its modernization.

Likewise, the episode “Here Lies” features the familiar trope of an isolated family attempting to live out their lives amid a zombie apocalypse. Yet, by being told with first-person candor of the daughter of a man who emphasizes mercy and humanity at every turn, the story packs a surprising punch. The relative naivete of the narrator has a disarming quality that makes her horrific transformation into one of the undead all the more jarring. Meanwhile, the subplot of her mother, suffering dementia, offers a deeper look into the father’s character as he continues to treat her with devotion regardless of how her condition deteriorates.

The production quality of Dark Sanctum is superb, and the show cuts no corners in creating a lush and disturbing soundscape through the obvious devices of terrified screams, as well as subtler measures such as footsteps or the distant sound of wind. A sparse and entrancing soundtrack underlays these episodes, careful not to overwhelm the stories. The extra level of detail that audio can provide is at the forefront, creating an immersive effect that demands the listener’s attention.

In standard horror form, many of these tales lean into misunderstandings and mistakes caused by people that fail to prioritize the things that truly matter in life, which is a major reason why Dark Sanctum will prove to be a satisfying listen for fans of genre definers like Hitchcock, Val Lewton, and Serling. Part morality tale and part humanistic reimagining of classic tropes, the series has seen a strong start that prizes story and characterization over camp and gore. By wearing its influences on its sleeve, Dark Sanctum grants itself space to work both as an homage and a unique entry that remains very much in conversation with the parables of old, adding new dimensions to old twists.

Sara Century is a writer of short stories, articles about comics and film, and many, many zines. She is an artist, comic creator, filmmaker, and podcaster. Find her work at www.saracentury.com