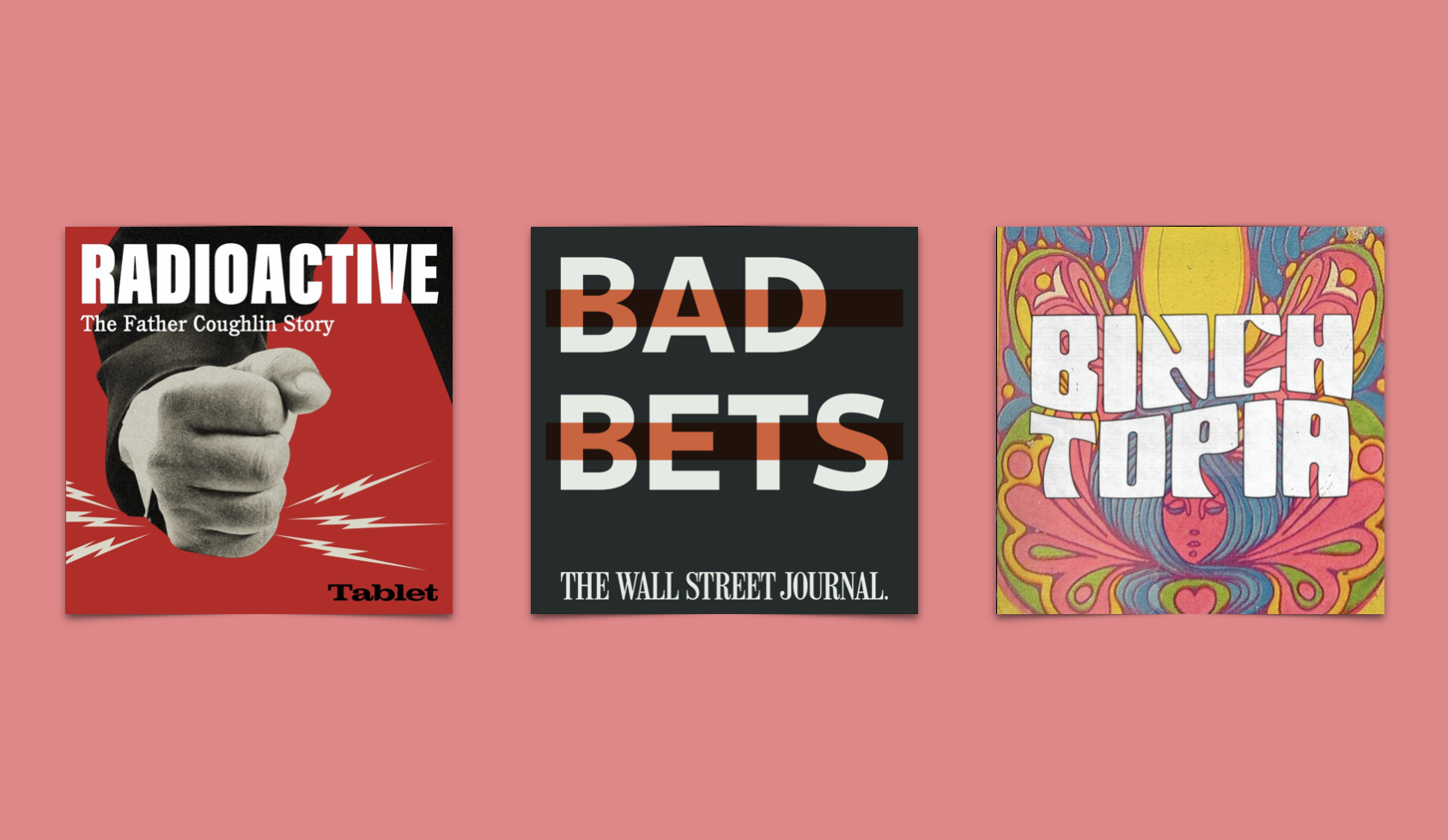 Host Andrew Lapin brings a Detroit focus to the well-told history of Father Charles Coughlin. Radioactive is the latest podcast to frame Coughlin, the first major star of political radio, in contemporary terms and as the starting point for America’s embrace of angry conservatives on the airwaves. In the first episode, Lapin traces Coughlin’s move from Canada to the US alongside Henry Ford’s rise from rural Michigander to the most powerful man in Detroit, and makes clear Coughlin’s admiration for Ford’s media apparatus.

Theranos. WeWork. Ozy Media. There’s great drama to be found in business downfalls. On Bad Bets, a new series from the Wall Street Journal, host John Emshwiller dives into the story of Enron, the energy giant that underwent a dizzying collapse in 2001 after the exposure of its fraudulent accounting practices. Based on Emshwiller and journalist Rebecca Smith’s original reporting, the podcast makes the case for why “today the Enron story is as relevant as ever.”

“You Binches are my new religion” is not uncommon feedback to hear about an episode of Binchtopia. Despite being around for less than a year, the podcast has amassed a following that borders on devotional. And though the show’s main demographic consists of bisexual women in their mid-twenties, it would be a mistake to call it niche. Binchtopia has unapologetic Liberal Arts appeal, with episode topics ranging from the ethics of true crime to Instagram diet culture. Don’t know what a “Binch” is? Doesn’t matter. Hosts Julia Hava and Eliza McLamb gleefully reappropriate terminology, applying their knowledge of post-structuralist feminist theory and ironic LA girl humor to any archaic convention that takes their fancy. It makes for a raucous and consistently funny ride.