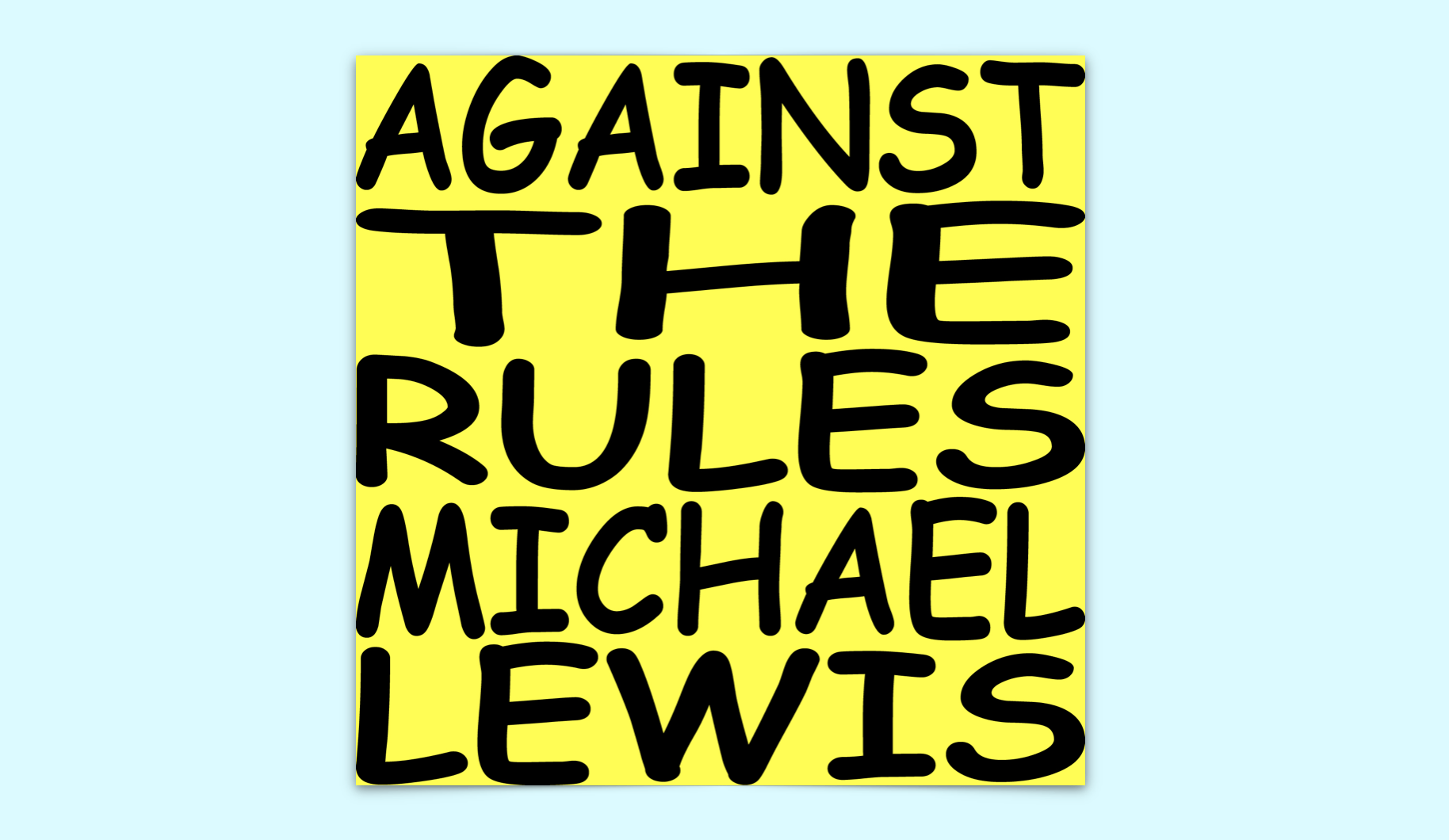 Against the Rules allows Michael Lewis to have some fun. The author’s new podcast takes the “American referee” as its subject, a made-up term broad enough for Lewis to investigate the consumer finance industry, the authentication of Da Vincis, and the Cambridge Analytica scandal. Against the Rules makes the argument that American culture’s notion of fairness is disappearing, that “Ref you suck!” chants at a Golden State Warriors game are part of the same problem as Trump-fueled political rage toward judges. The pleasure of Lewis’s work is the whirlwind tour he takes us on, the short detours into his many areas of interest. So much of Lewis’s famously-entertaining reporting is stuffed into this seven-part series.

The structure of the show is Lewis’s most fascinating choice. Each episode functions both as a reported feature and an essay, complete with cold-open metaphors that circle back at the episode’s end. They tend to have A-plots and B-plots: the consumer finance episode, “The Seven Minute Rule,” bounces primarily between a woman who has suffered tremendously because of the student loan industry’s cruelty and another who works at a student loan support call center, but also features detours into Lewis’s own financial troubles and Senator Elizabeth Warren’s reform efforts. There’s a propulsive push-and-pull between Lewis’s efforts to stay focused on the “American referee” and the amount of ground he covers each week.

There are lots of potential books in this podcast, and it’s easy to speculate whether Lewis filled the series with ideas he felt didn’t merit a couple years worth of reporting, or if he’s trying these stories on for size in deciding on his next big project. A couple times throughout the series he seems more interested in his interview subject as a character than in the larger point he’s making about refereeing.

The subject overtakes the story most dramatically in “The Neutral,” which shifts its focus halfway through to Ken Fienberg, the man who’s made a living off serving as the mediator in crisis legal cases. He’s been responsible for distributing pay-outs to the families of 9/11 victims and many spree shootings. What fascinates Lewis is that the legal system has decided ad hoc to place so much trust in one man, just because everyone seems to trust him. He wants to know what personality traits make for a good neutral, and he ends the episode listing them. These final 20 minutes might be the best of the entire series. Feinberg’s character is so compelling, so fit to play the character of Ken Feinberg, as Lewis puts it, that he demands Lewis drop everything and investigate his charisma. The pleasure of Against the Rules, and of a show created by someone with so much clout, is that it allows Lewis to try out any style he likes.

The wandering of “The Neutral” hammers home the podcast’s central point: refereeing, officiating, judging, authenticating, and regulating all demand tremendous buy-in from the public. The authority of any officiating body lasts only as long as the spectators believe in their authority. This disillusionment, according to Lewis, has spread to every corner of American life, and has generally served to strengthen the hold of those already in power.

The connective tissue between these disparate topics would be a bigger deal if Lewis weren’t such a sure hand in charge. He’s got a cheerful voice, one with a natural optimism that makes the podcast enjoyable at the most basic level. What he’s describing is intangible: a collective distrust of American institutions. It’s nearly impossible to make a coherent argument that ties together NBA officiating and consumer protection, but Lewis manages by stopping short of recommending specific fixes. He aims to name the problem, not to ascribe solutions to an underlying feeling in our culture that’s manifesting in countless different industries.

Against the Rules is ultimately a playground for Michael Lewis’s relentless curiosity. The umbrella topic allows him to tell as many stories as he desires, with the incredible access he’s earned over the past several decades. The show delivers, like his projects always do. Against the Rules is boundless, proof of the value of saying yes to every new direction.