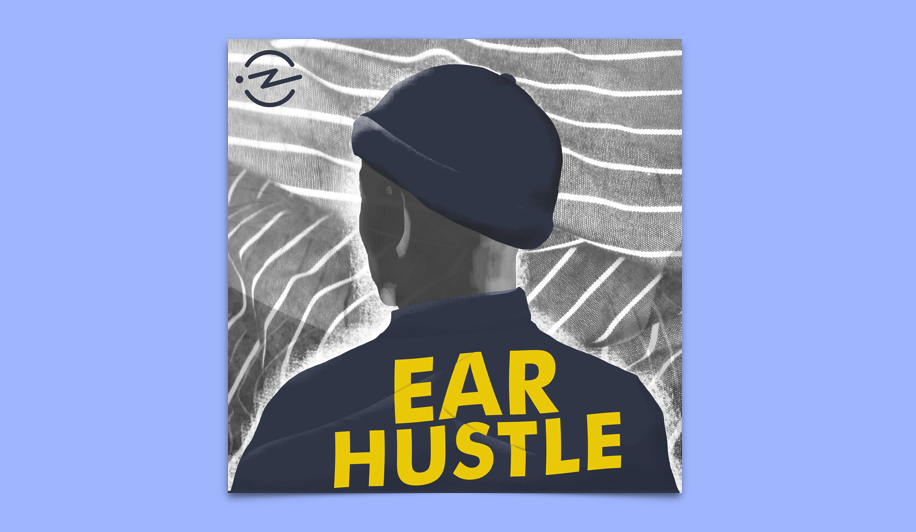 In 2016, the beloved podcast network Radiotopia held a contest called Podquest, seeking to add a new show to its lineup. More than 1,500 shows entered and Ear Hustle, a podcast about life in California’s San Quentin State Prison, produced by a team of inmates, prevailed as the winner. The show debuted in 2017 and has been a hit ever since. While this origin story could have made for a gimmicky, even exploitative show, the podcast is the real deal. Now in its fourth season, Ear Hustle has continued on its improbable journey while delivering a peerless listening experience.

Key to the show’s success is the collaborative hosting relationship between Nigel Poor, a visual artist and educator who works at San Quentin, and Earlonne Woods, a former inmate at the prison released just this year. Poor delivers an empathic nonchalance in each episode, remaining journalistically neutral while conveying the appropriate amount of concern and wonder. Woods, for his part, has a warm quality to his voice, so much so that it’s easy to forget his situation until he drops in with insider lingo or feedback that indicates his personal familiarity with San Quentin. This duo rolls from hard-hitting topics like sex trafficking and life on death row to the mundane routines that take on a new meaning in a penitentiary setting. Ear Hustle basks in the complexity of human nature in the grip of crime and punishment.

The show deals almost exclusively in interviews with people who are virtually nonexistent across the rest of the media landscape. Most podcasts focus on their host’s quirks, call on experts well-versed in a given field, or tell one-off stories featuring characters who don’t share much in common. The voices we hear on Ear Hustle, of course, have something particular in common, and yet we get a glimpse into the incredible variance of each person’s prison experience. Take the episode “Kissing The Concrete” from this most recent season. The same life-changing event — being released from prison — graces the lives of two men, and yet each experiences freedom quite differently.

Speaking of freedom, at the end of the show’s third season, Ear Hustle announced that Earlonne Woods had had his sentence commuted. Woods was released earlier this year, and Radiotopia hired him soon after as a producer and occasional co-host. Woods now provides a fascinating perspective on the transition between life in prison and life on the outside. As a bonus, this happy evolution has yielded an opportunity for a new inside producer, Rahsaan “New York” Thomas. Ear Hustle couldn’t have planned for this turn of events at its inception, but the transpiring circumstances have laid considerable groundwork to show podcasting as a socially beneficial medium. Indeed, then-California Governor Jerry Brown cited Earlonne Wood’s work on Ear Hustle as evidence that Woods was ready to return to civilian life.

That begs the question about what kind of message, intended or unintended, the show is cultivating. Do the episodes properly humanize those behind bars? Is it possible to gauge its impact on listeners? These are tough questions and are perhaps impossible to answer with certainty. What is clear, though, is that powerful relationships buoy the stories in almost every episode, whether they are romantic, platonic, or simply that of an individual looking to relate to society. The prison acts as a crucible for these stories, compressing them and adding to their emotional density until a routine event for most of us, like a friend visiting, reveals something profound about our ties to each other.

Ear Hustle has an impressive origin story, but its continued drive to tell novel stories from inside an institution that carries massive preconceptions is its crowning achievement. As the show nears the end of its fourth season, it has settled into a comfortable niche. The podcast continues to enlighten listeners on the daily realities of life behind bars while reaching for stories that showcase the web of emotions that lay over each inmate’s backstory. This is the balance that will continue to make or break the show. Focusing on spiraling despair can endow a show with an importance that grows into a burden, and glossing over grim truths can strip the podcast of its authenticity. The diverse production team remains paramount, with their varied set of experiences and stakes in the end-product consciously and subconsciously navigating this terrain. Woods’s re-entry into larger society is an incredible angle to develop, and the ability to deliver on this in a meaningful and compelling manner will speak volumes.