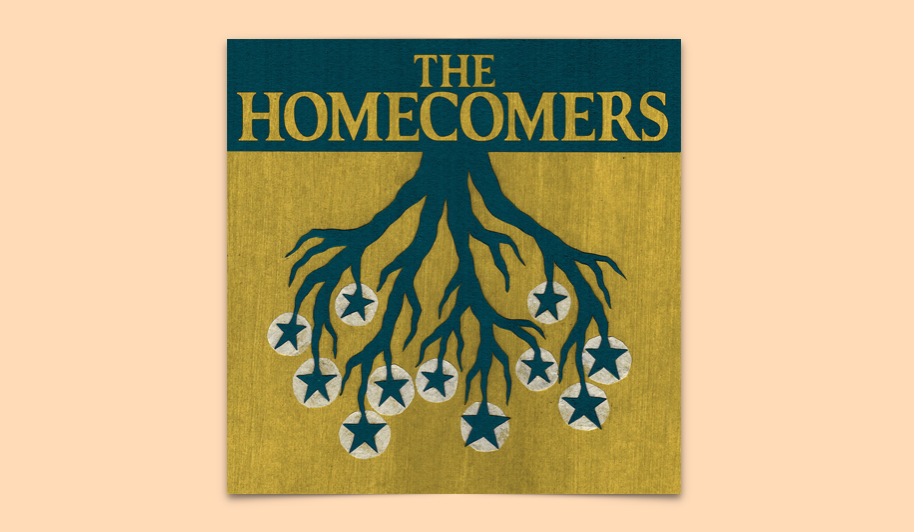 The Homecomers announces its mission with a declaration of purpose that’s as clear-eyed as has been heard on any podcast in recent years. “The United States has two geographic parts,” begins host and executive producer Sarah Smarsh. “The places our economy and culture tell us to get out of, and the places we’re told to seek in order to make it.” Smarsh believes a shift is taking place that is upending this conventional wisdom, and The Homecomers is the story of that shift.

Specifically, each episode of this six-part series tells the story of one person who has returned – or simply stayed – to help to strengthen their small town or rural community. Smarsh interviews guests from diverse places and backgrounds, including Native American conservation leader Brett Ramey, Kathleen Sebelius, former Kansas governor and Obama administration Secretary of Health and Human Services, and farm labor activist Leydy Rangel.

If this wasn’t her show, Smarsh might herself be one of the “homecomers.” A fifth-generation “Kansas farm kid” in her own words, and finalist for the 2018 National Book Award for her New York Times bestselling memoir Heartland, Smarsh uses her journalism to amplify the voices of rural and working-class Americans. Frequently, that involves correcting a false narrative that misrepresents Americans who live between the coasts and outside the big cities. These states are not monochromatically “red,” these places are not “Trump Country,” and these people are failed by lazy journalism that portrays rural America with excessive reliance on MAGA hat-wearing caricatures.

The Homecomers is very much Smarsh’s own story, but she only draws sparingly from her own experiences, usually to illuminate or clarify a guest’s point. She’s a skilful interviewer, giving guests space to tell their stories and bringing empathy to difficult conversations. The show’s politics are openly progressive, but The Homecomers is more interested in exploring the complexities of the issues discussed than in dogmatically advocating on behalf of a particular party or candidates.

Listening to the whole series, a number of common threads become clear. The descriptions of landscapes and physical features of the land are striking, and draw attention to the very real connection people feel to the land they grow up with. The podcast is excellent at pinpointing the compromises rural and working-class people make to “fit in” when navigating college campuses, cities and workplaces where there are few other people “like them.” Elaine McMillion Sheldon talks about shedding her West Virginia accent at college as being like losing part of her identity, but says regretfully “I knew that if I wanted to be taken seriously, I couldn’t have that accent.” A recurring theme is the importance of rural and working-class people being in the media, in business and in politics and other professions: not fitting in, but making their voices heard and represented accurately.

These deeply personal stories often reflect the bigger picture, like the moment Veronica Womack realized her grandfather, a farmer in the Black Belt, couldn’t read. Mexican-born Leydy Rangel’s retelling of her brother’s near death from work-induced heat illness as a teenager is heartbreaking. It also highlights one of the biggest killers of farm workers, an issue that Rangel attempts to address in her work with the United Farm Workers’ Foundation. Journalist Debbie Weingarten describes her former life as a vegetable farmer to Smarsh as both “violent” and “beautiful.” Weingarten’s own experience informs her award-winning work on the worldwide suicide crisis in farming communities. One unforgettable, tragic detail: suicide rates for farmers, though high, may be under-reported because many farmers mask their suicides as accidental deaths.

Smarsh doesn’t shy away from discussing painful experiences or the challenges her guests face in their work (take Kathleen Sebelius on healthcare policy, for example). But these are not pessimistic conversations. One of the frustrations mentioned is with media tropes that depict life in places like West Virginia solely through the grim lens of the opioid crisis. Smarsh and her guests cover plenty of ground that is serious, complex and tragic, but they also want to talk about the joys of life and hard work between the coasts. Smarsh’s outlook is not pollyannaish, but The Homecomers is ultimately a story that earns its sense of hope. And for that, it’s a very refreshing listen.

Iain Shaw is a freelance writer covering food, drink and hospitality. After spending almost 15 years living in Beijing, Iain is now based in St. Louis, Missouri. Read a selection of his writing at iainshaw.journoportfolio.com