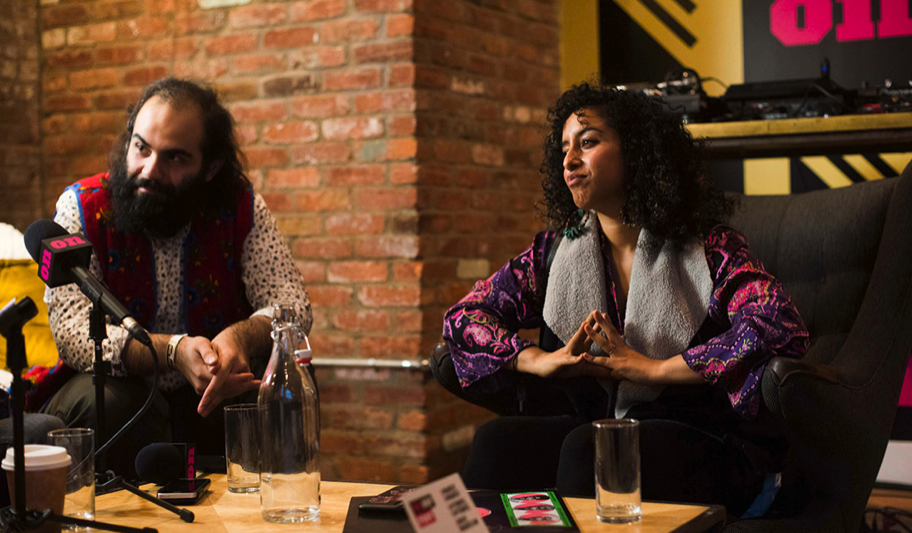 As summer is to music festivals, fall is to audio conferences. Over the past several years, a number of podcast festivals have joined the long-running Third Coast Conference in bringing hosts, producers, and engineers together. It’s encouraging to watch the industry grow to the point of supporting a dozen-plus national gatherings a year, each a reminder of the depth of talent currently working in audio. More importantly, each is an opportunity for you, a fan, to see your favorite podcasters in person, have a conversation, and be unnerved by the fact that you can respond to a voice you know so well, in real time. The intimacy of podcasting as a medium transfers over to these conferences, which tend to bear a sense of optimism that you simply wouldn’t get in a bigger industry’s meetings.

We’re spotlighting conferences across the country this fall. Go forth and meet your favorites.

Third Coast is “the Sundance of radio,” according to Wikipedia, and its award ceremony the “Oscars of radio,” according to the conference’s website. Regardless of your preferred film spectacle comparison, Third Coast has been the premier yearly celebration of audio narratives since 2001. This year features Code Switch’s Adrián Florido reflecting on his time reporting in Puerto Rico, Ear Hustle’s Earlonne Woods and Nigel Poor hosting the 2019 Third Coast Awards, and Planet Money’s Karen Duffin speaking about how interviews shape narrative. Third Coast has the unique distinction of being the only podcast festival that is older than podcasts.

On Air, which annually brings hosts, producers, and various audio artists to Brooklyn, will head to California next month for the debut of its LA Annex. On Air typically packs a full schedule, complete with traditional panels, live show tapings, and avant garde audio exhibitions.

As we’ve covered the past two years, On Air’s strength as a festival comes from its variety. Each year’s lineup argues that podcasting is not just an industry made of reporters and engineers, but one that makes room for music and visual art as well. It will be exciting to watch the festival bring together a fresh, West Coast-based group of creators.

PodTales
October 20 at The Lunder Arts Center at Lesley University in Cambridge, MA

PodTales enters the podcast festival circuit this year, staking its claim as the annual gathering spot for creators of audio fiction. The notion of an entire conference built around audio fiction would have been unimaginable just a few years ago; PodTales is a sign of the abundance of ongoing fiction experimentation, both at the major podcast networks and in DIY home studios.

Like On Air, PodTales’ lineup gravitates towards the experiential. Fool & Scholar Productions will put on a two-and-half-hour live audio horror show, followed by Night Vale Presents: Start with This debuting its first ever live episode.