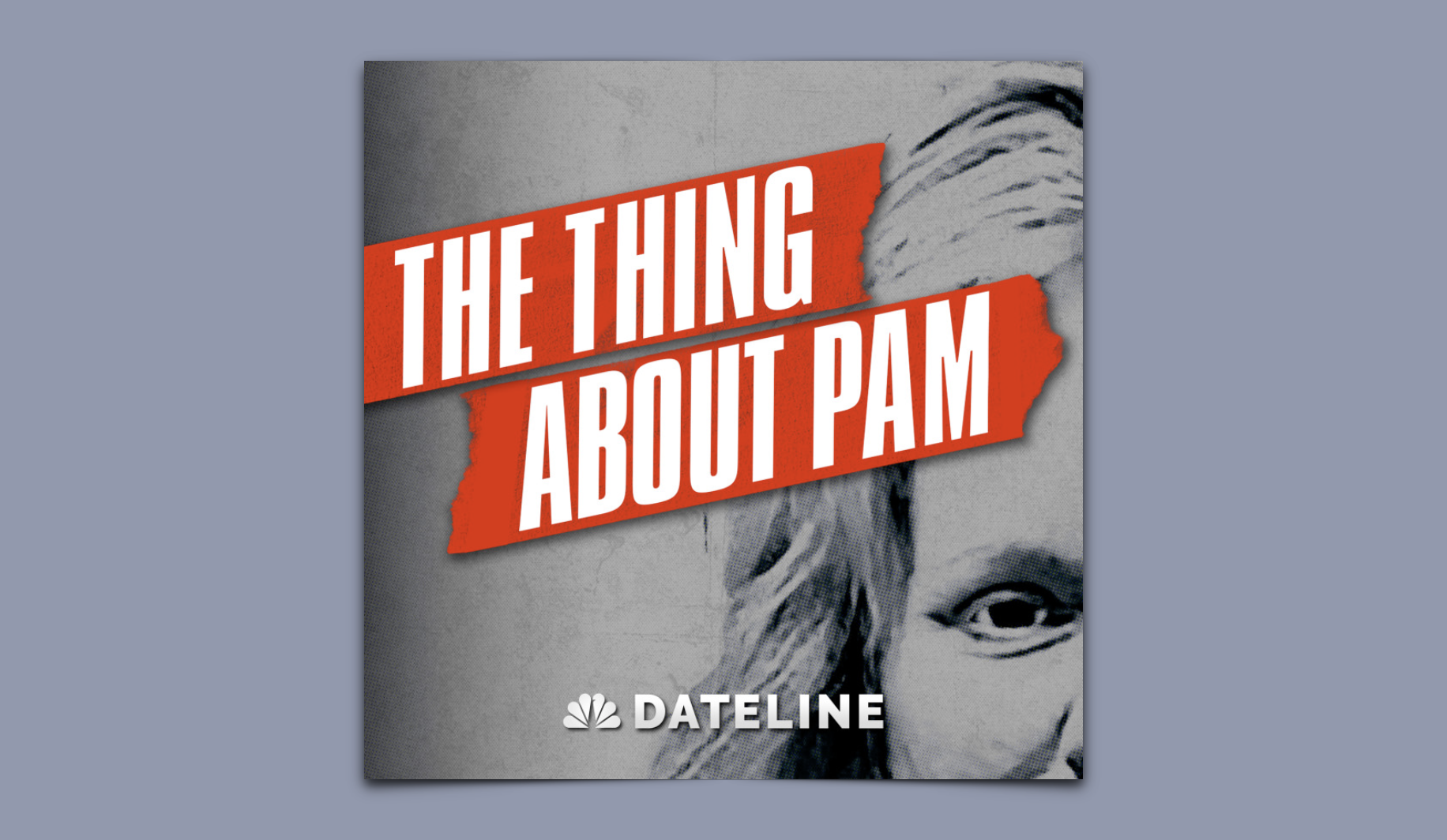 Throughout The Thing About Pam, the latest podcast from Dateline NBC, host Keith Morrison’s voice crackles like fire. “This is a strange story,” he begins, luring us ever closer to the flame. “A strange story, in a career of strange stories.”

If anyone outside of podcasting can lay claim to a career of strange stories in the true crime genre, it is Keith Morrison. When he started working for Dateline in 1995, the first podcast was still eight years away. Now the host of his own podcast, Morrison brings decades of television experience to the audio world.

Though this is his first foray into audio storytelling, Morrison makes it clear that he is no stranger to the microphone. His voice is confident and calm; there is always a coolness beyond the danger. While the podcasting landscape teems with Ira Glass soundalikes, Morrison’s vocal work is uniquely pleasurable. Hearing Morrison say “gruesome mess” is almost reason enough to listen to The Thing About Pam.

That coolness, more pronounced here than on Dateline, works best when juxtaposed with drama. The case that the series revolves around begins with a 911 call. Russ Faria hyperventilates into the phone as he looks at his dead wife covered in stab wounds. Morrison’s poise contrasts the horror of the call. “911 calls come in all flavors, calm to crazy,” we hear Morrison say unemotionally, as if to demonstrate one side of that spectrum.

The discovery of his wife’s body leads to Russ becoming the case’s prime suspect. His suggestion that the stab wounds may be the result of a suicide attempt sounds implausible, perhaps the kind of thing a murderer would say. Our suspicions are bolstered by the doubts of one of Betsy’s friends, Pam Hupp, a woman who clearly doesn’t like Russ. Pam is also the last person known to have seen Betsy alive, and is set up to gain financially from the murder.

The case itself is “strange” as Morrison promises, but not unbelievably so in the world of true crime podcasts. As the title makes plain, and as the podcast reveals within its first five minutes, Russ is not the murderer. That knowledge, combined with the fact that there is only ever one other suspect, means the show often lacks suspense. While Dateline NBC is propelled forward by constant commercial break cliffhangers, The Thing About Pam never reaches the same level of urgency.

Much of the appeal of The Thing About Pam comes from how the investigation develops. As is often the case in these stories, we learn about failings of the police force and the court system. A particularly egregious example involves a police officer who fabricates a claim about a bloody trail leading to the kitchen at the crime scene.

Many of the problems with law enforcement in the show stem from how much the police trust Pam. At one point, the case’s lead investigator advises Pam on how to avoid appearing guilty. He is so set on putting away Russ, he doesn’t see the killer sitting in front of him. Moments like these are where The Thing About Pam shines. Part of the appeal of true crime is the illusion it creates of our own cleverness — the sense that we are good people who can see through the deceptions of corrupt investigators and lying witnesses. On this front, The Thing About Pam delivers.

One of the things about Pam is that she charms many of the people investigating the case. Her story is full of inconsistencies, but for some reason her explanations are convincing to law enforcement. “She can tell one Hell of a story,” Morrison says.

Unfortunately, despite some scattered hints, we never really learn much more about who Pam is. We hear her gossiping with the elected prosecuting attorney, but we don’t understand why that attorney trusts her. The only likeable thing we know about Pam is that she is polite. The show’s lack of character exploration extends to other people in the story too. There is little said of anyone’s background beyond short interviews with friends.

Like Dateline, The Thing About Pam may polarize listeners with its brand of over-exaggerated writing. At times it can be flippant about its morbid subject matter. Of the killer, Morrison narrates, “It was Russ Faria, right? Wrong. Dead wrong.” As smooth as the words sound out of Morrison’s throat, they are heavy-handed and a little callous. It is the kind of writing that keeps the listener from ever needing to wonder what will happen.

Another issue with the written narration is how heavily the show relies upon it. The show would benefit from a few more voices, and Morrison is so authoritative, that even his best efforts to sound conversational still come off as omniscient. The show finds little to balance out Morrison’s gravitas.

To make the show more relatable, and to build tension, the Dateline team uses a time-tested podcast strategy: building a sense of urgency through the host’s involvement in the case. “Instead of us creating the journey,” Morrison says, “we got sucked into one of our own.” But though their role is mentioned often, the Dateline team has very little influence on the case and the reveal of the part it did play is a slight letdown.

Ultimately, The Thing About Pam never feels personal enough to grip the listener the way the best podcasts do. The show certainly has its moments, and offers a more than entertaining ride, but as it searches the shadows, it doesn’t illuminate them brightly enough. The title of the show makes us wonder what the thing about Pam is. By the end of the series, we still aren’t sure.