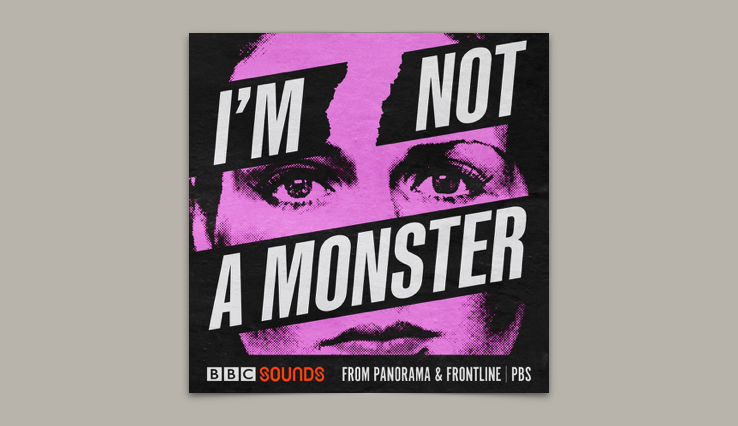 Since I’m Not A Monster released its first episode in November 2020, the New York Times has retracted significant elements of its hit 2018 series Caliphate. As the new BBC Panorama and Frontline podcast unraveled the story of an Indiana woman who ended up inside ISIS territory with her children, the Times was concluding its investigation into the major reporting lapses that had fueled its podcast about a Canadian emigrant who supposedly became an ISIS executioner. As the Times itself admitted, Caliphate had underinvestigated the claims of its subject, Shehroze Chaudhry. The embarrassment of the basic reporting errors was compounded by the fact that Caliphate was an enormous critical and popular success.

This is the podcast world into which I’m Not A Monster was born. Over the course of 10 episodes, British journalist Josh Baker chronicles his multi-year inquiry into the life of Sam Sally, who traveled with her husband and children from Indiana to Raqqa, Syria in 2015. Sam’s then husband, Moussa Elhassani, brought his family to Syria with the intention of joining the Islamic State. The question that drives I’m Not A Monster is whether Sam supported ISIS at any point, and if not, whether she knew what her husband was planning.

Baker’s reporting began when he heard word of an American family trapped behind Islamic State lines, and was put in contact with Sam’s sister, Lori, who was desperately trying to find a way to smuggle the family out of Syria from her home in South Bend. The podcast unfolds as both a retelling of the family’s time in Syria and an investigation into Sam’s involvement in her husband’s plot. Baker anchors much of the show to Matthew, Sam’s oldest and thus most-aware child. Matthew was forced by his stepfather to appear in an ISIS video directly threatening President Trump and the US at large.

From its opening episode I’m Not A Monster is compelling and propulsive. Despite the enormity of the questions raised about Sam, the show’s scope is narrow, never leaving the family to attempt any big-picture histories of the Islamic State or the destruction of the larger region over the last two decades. This decision is wise. The creative team behind the show constructs it as a highly reported profile of one American woman, rather than attempting to generalize the tendencies and conditions that lead a US resident to join ISIS.

Never does I’m Not A Monster raise the political stakes of its reporting beyond the individual choices of its subjects. What matters to Baker and his team is making sense of a half-decade in the life of a family. The mystery here is factual, not psychological. American investigative podcasts have a tendency to do two things that I’m Not A Monster avoids: first, insert the host as a main character; and second, obsessively psychoanalyze its subjects’ motives. Baker is present, occasionally admitting to the emotional toll of reporting the children’s stories, and there’s an appropriate amount of speculating done about Sam’s personality traits. But neither takes up enough airtime to distract from the fact-finding.

The podcast nails down many of the essential facts of Sam’s time in Raqqa without providing a definitive analysis of who she is as a person. Baker’s reporting is incredibly committed — we follow him on a number of trips to Syria over the course of four years — but limited by the fact that he’s following a single unreliable person and four her young children.

As the series enters its final episodes, the parameters of Sam’s future become more clear, and the question of who she is remains permanently elusive. Baker’s focus thus turns gradually toward Matthew. Without giving much away for those who wish to experience the podcast as a true mystery, Baker records an extended interview with Matthew with the intent of clearing his name for the historical record, given that he was in fact forced to appear in official ISIS videos. It is a curious pivot, away from establishing a timeline of the last five years and toward considering the long-term effects on Sam’s children. The damage done is the last unknowable in a series constantly confronting them.

I’m Not A Monster does not bare much in common with Caliphate beyond the obvious. Its scope and ultimate goal are entirely different. Baker is remarkably clear throughout the 10 episodes on what he does and does not know. I’m Not A Monster is about the particular horrors faced by a family in a war zone, and provides a model in audio for ambitious reporting on an unreliable subject.