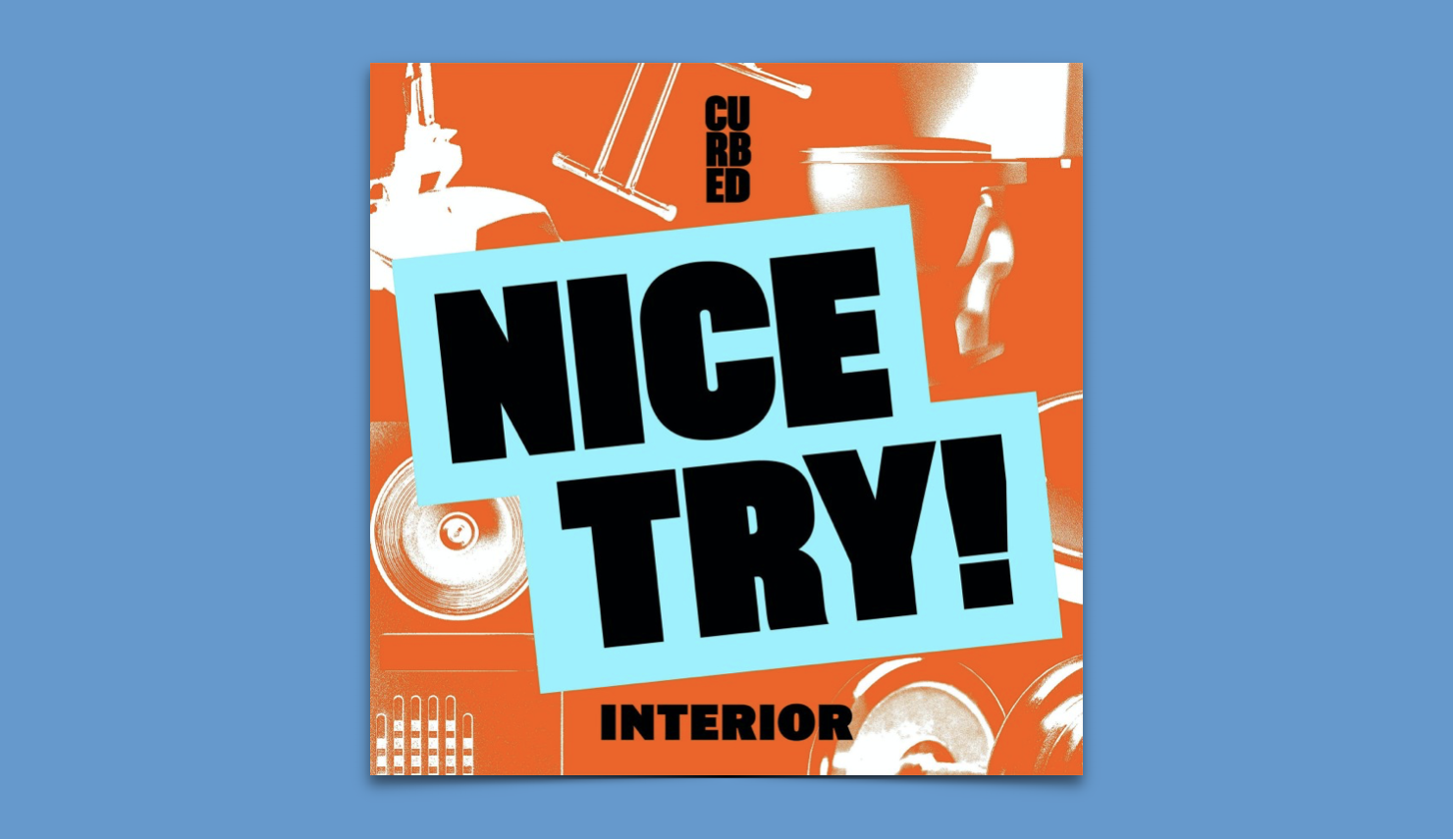 “Can the private home be a sort of utopia?” Avery Trufelman poses this question in the opening episode of Nice Try!’s second season, Interior. The historian Ruth Schwartz Cowan responds with amused laughter before offering her answer: “Everybody I know, including my children, sets out to create a private home that will be a utopia, and fails.” While season one of Nice Try! was about unsuccessful attempts at creating utopian societies across the globe, season two investigates the uniquely American vision of an ideal home and examines the products that have promised domestic paradise.

The series comes at a moment when many people are spending more time at home, and, as a result, are spending more time trying to optimize their households. In her husky, measured, and authoritative voice, Trufelman delivers a podcast that is judgment-free (she admits to owning some of the very items she deems faddish), delightfully unabashed (the penultimate episode opens with an audio recording of Trufelman using a luxury bidet), and surprisingly touching (the finale reflects not on any particular object, but on the loving attachments we develop for our most prized possessions).

Underlying each episode are broad, probing questions that Trufelman sets out to answer: What is the American idea of home? How is domestic labor valued? In what ways have we tried to enhance our household devices, our bodies, and our minds to achieve increasingly higher levels of productivity? And what part of our private lives are we most deeply ashamed of? “Home devices have become personal devices,” Trufelman argues. “Refrigerators and washing machines and KitchenAids are all sold as direct reflections of our personalities and our values.” Nice Try! Interior is, at its best, a material exploration of mainstream American mores and their origins. Though certain of the show’s topics can become winding and complicated, Trufelman navigates them with an abundance of nuance and youthful curiosity.

She weaves her tale through extensive research and a wide range of interviews with scholars, journalists, business leaders, salespeople, and niche enthusiasts. She knows her stuff and offers keen insights throughout, but she’s not pedantic about it and, mercifully, we don’t get the sense that we’re being talked at. In what feels like a series of field trips, Trufelman takes us with her to places like the former CrossFit gym now called Greenpoint Athletics, the Toto bathroom design showroom in the Flatiron District, and the Union Square Raymour & Flanigan. “This is technology now,” a mattress salesman declares. “Triple, triple, um, coil. Coil within a coil.” He slings the kind of technical jargon that might be used to describe the far more complex mechanics of a car or computer. According to Trufelman, the mattress pitch was so effective that she was “more or less bamboozled” despite her better judgment. The audio clips from this Raymour & Flanigan outing are funny and amusing, but also a bit unsettling — by the end, the salesman had Trufelman’s companions “seriously considering a $3,500 mattress.” This is the very kind of capitalist interaction that interests Trufelman. She’s not here to judge the getting-swept-up of it all, but to have fun, to learn, and to be inspired by people with incredibly specific sets of cultural knowledge about products like vacuums, Crock-Pots, and typewriters. “Robert Dobrin is obsessed with doorbells,” Trufelman says in the podcast’s first episode, “and I am obsessed with people like Robert Dobrin.”

But for all its strengths, the podcast tends to wander at points. Though Trufelman’s zeal for pursuing eccentric storylines is what gives Nice Try! its charm, it can sometimes lead her astray. Episode four, “The Weight,” deals heavily with the cultural shifts that have occurred around weight training, taking a close look at public spectacles like the U.S. Olympics, Santa Monica’s Muscle Beach, and CrossFit gyms. But Trufelman barely touches on the presence of weights in the home, only briefly mentioning the influence of weightlifting culture on cardio home workouts of the eighties. The seventh and final episode, “The Keeper,” makes a similar digression. The first quarter of the episode is dedicated to a side story about historian and digital archivist Jason Scott of Internet Archive, who ended up with a collection of vintage typewriters, which leads to another side story about the now-defunct Tytell Typewriter Company. While Trufelman does end up getting somewhere with all of this, it takes a while and many of the details are unnecessary.

Still, even the show’s tangents are compelling. Despite going a bit off topic, “The Weight” and “The Keeper” still had my full attention, and I thoroughly enjoyed both episodes. “The Keeper,” in particular, is a strategic pivot from the other six episodes; rather than highlight one product, it reflects on why we develop fondness for certain items over others. Trufelman argues that collecting objects is a way that we try to make meaning and order “under the crushing weight of entropy.” Things fall apart, disorder reigns supreme, but our homes, if only during our brief lifetimes, can remain mostly within our realm of control. The utopian home is our Sisyphean boulder. Our task will never be complete but we will never stop trying, and we might even come to love some of the very objects we let ourselves get charmed into buying.