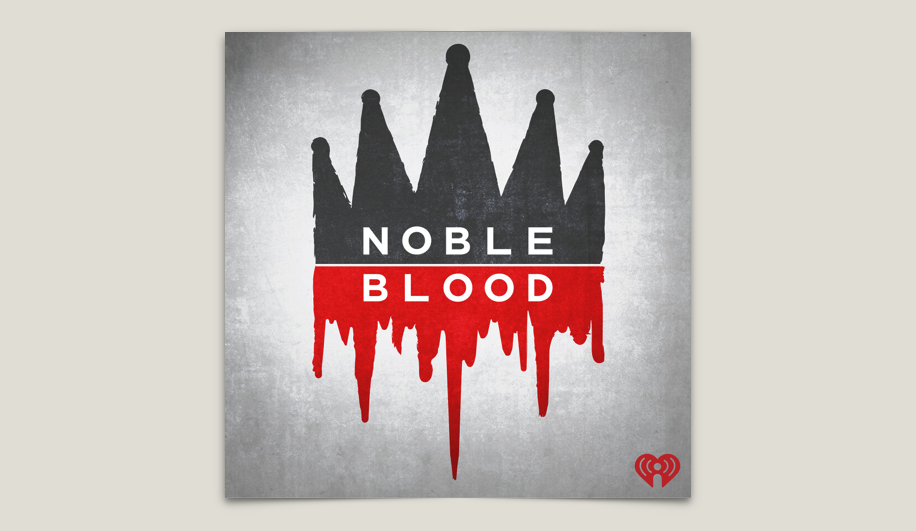 If your biggest complaint about high school history class is that it didn’t focus enough on the gory, Game of Thrones-style power struggles of the past, then Noble Blood is the podcast for you. In the first minutes of the show we hear the story of the Princesse de Lamballe, murdered and mutilated by the mobs of the French Revolution. Host Dana Schwartz seems to delight in recounting the death; we can almost hear Schwartz smile when she describes how the Princesse’s “bloodied and swollen” head was taken to a hairstylist “until it had the same blond cascading curls that the Princesse had been famous for in life.” Not every episode veers into gruesome territory, but as this opening shows, Schwartz is not afraid to talk about decapitated heads.

More than violence, however, Noble Blood is about how the vicissitudes of history change a person’s fortunes—how the rise to respectability can come as quickly as the fall to ruin. Each episode tells the story of a different nobleperson, and how their life was affected by the sociopolitical climate of the day. There is often a cinematic quality to these stories. There are vicious killings, and narrow escapes. In one episode, King Charles II hides in an oak tree from Oliver Cromwell’s guards who are searching for him only a dozen feet below. The slightest sound could have been the difference between the fugitive king’s capture and escape.

When the podcast is at its best, it offers a glimpse into the interior lives of people too often dismissed as the lifeless wax of the past. The series’ strongest episode so far is its telling of Marie Antoinette’s imprisonment. The episode opens with the jostling sounds of a crowd, immediately situating the listener in the chaos and fear of Paris in 1792. From there we learn of Antoinette’s life and the indignities she faced. We will never know how Marie Antoinette felt when accused of unspeakable acts with her son, or what went through her mind as she stepped towards the guillotine, but through the world building of Noble Blood, we start to feel her pain.

What’s interesting about Schwartz’s approach to history is that her sympathies often seem to lie with the royals. While the show criticizes American imperialism, that criticism coexists with nostalgia for monarchical rule. Sometimes her sympathy is compelling. The Antoinette episode suggests the cruelty and sexism that the queen endured, and allows the queen a humanity that many of her contemporaries denied her.

But at other times, as in the case of Charles I, Schwartz’s sympathy seems extreme. “Even as he walked the steps to his death,” Schwartz says with what sounds like admiration, “Charles I never denounced his faith or his belief in the divine right of kings.” Making Charles I into a human being is a fine goal, but it is surprising to hear how impressed she is by his adherence to a political ideology that is, at best, outdated. The listener will wonder if royals are really the people we should be extending our sympathies to.

Schwartz’s narration throughout the series is a mix of sadness and cynicism. For all her elegizing about unfairly treated royals, she feels little affection for the rest of government. In one episode she skewers the British government’s inaction. According to Schwartz, “they fiddled with their cufflinks and received urgent imaginary phone calls.” Though the tonal shift between nostalgia and biting criticism may seem abrupt, Schwartz’s voice makes these shifts work.

The show has moments of vivid description that are essential to her personal dive into the lives of historical figures. She says of Marie Antoinette, hiding from the French crowds, “the meniscus-thin bubble that had kept her safe at Versailles had popped, leaving Marie Antoinette with only the shutters on her window to shield her.”

Nonetheless, there are occasional misstatements and not every moment hits quite the emotional tone it strives for. The main segment of the Marie Antoinette episode ends with the words, “The Queen was among her people, at last,” but the episode never explains why the queen being among her people is significant. The line is rhetorically sound but doesn’t carry the emotional heft that it could.

One of the biggest questions facing Noble Blood is how narrowly to focus on the characters’ stories. While the Antoinette episode represents a total immersion in the tiniest details, other episodes use broader brushstrokes that make the show feel more like a conventional history lesson. There is, of course, value in teaching listeners history, but the farther the show zooms out, the farther it gets from what makes the show a revelation—its ability to show the audience the personal pain of even the most influential figures of the past. The major events of humanity are important, but the most compelling scenes of the show reveal that smaller moments can be just as powerful. As Charles II understood, the slightest crack of a breaking branch can change the course of history.