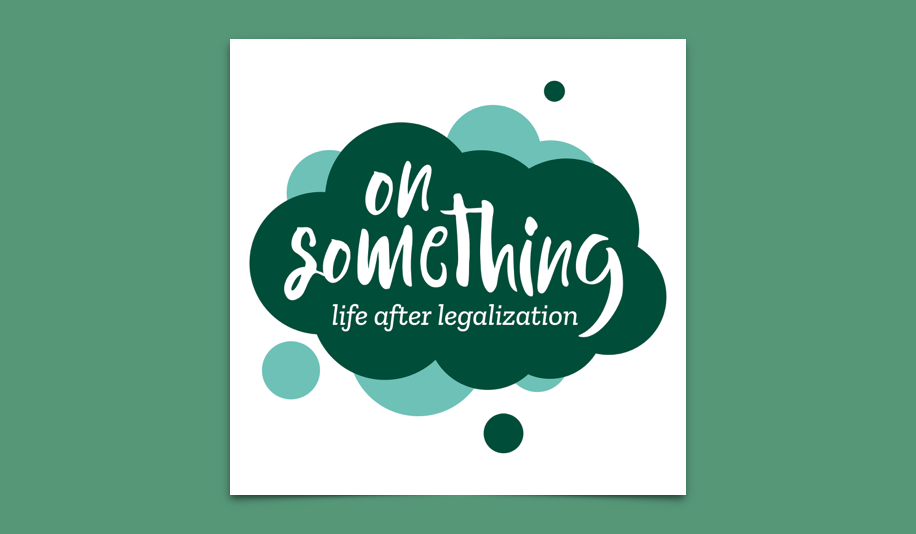 On Something, a cleverly-named podcast from Colorado Public Radio, takes a look at what happens in states after they’ve legalized marijuana. Long story short, it’s more complicated than everyone lights up and lives happily ever after.

Whether you’re someone who regularly indulges or you have zero interest in weed, On Something is a fascinating listen. The first episode walks us through the history of marijuana in the United States, which is appropriately wacky. In the 1800s, medicine was essentially unregulated, and advertisers could say whatever they liked to sell their product. (A shoemaker named Perry Davis, for example, marketed his painkiller as “vegetable-based” though its main ingredient was opium.) Up through the end of the 19th century, some common pill ingredients included cocaine, heroin, alcohol and cannabis.

That all began to change in 1906, when the federal government passed a law saying that ingredients had to be accurately listed on medicine packaging. Soon after, in 1911, Massachusetts became the first state to restrict the sale of cannabis. Weed still showed up in jazz clubs, but politicians generally didn’t care because jazz clubs were where African Americans hung out. Then, in the early 1930s, Harry Anslinger, the founding commissioner of the Federal Bureau of Narcotics, decided he was going to take up a crusade against cannabis.

Before Anslinger turned his attention to marijuana, he had been Assistant Commissioner of the Bureau of Prohibition, waging the war against alcohol. But Prohibition ended, and he needed a new project. He figured the most effective way to convince white people not to use cannabis was to associate it with people of color. So he devised a campaign of horrific racial stereotypes. Weed, he said, made the black or brown user either incredibly violent or incredibly suave, raising the threat that men of color would sleep with white women. Anslinger also made sure to always call cannabis “marijuana.” He intended for the Spanish word to remind white people of the growing influx of Mexican immigrants who were moving to the United States.

The history episode sets the tone of On Something, which toggles back and forth between being giggle-inducing and being dark. One episode, for example, is all about the International Church of Cannabis, a religious organization founded in 2017, whose services involve the ritual lighting of a doobie. But more often, the podcast shows how police and politicians have used marijuana as an excuse to unfairly target marginalized groups.

In one particularly impactful episode, host Ann Marie Awad tells us about two people, a black man and a white woman, who were arrested for marijuana possession in Colorado before legalization. Neither were big-time drug dealers. Michael Diaz-Rivera had a quarter of an ounce of weed on him, and Kaci Denolf had a grow in her closet that was so small the cops actually apologized for having to arrest her. Still, both of their careers have been significantly curtailed by their arrests.

Awad explains to listeners that pre-legalization convictions in Colorado are an ongoing problem. The state legalized marijuana, but it didn’t expunge the records of residents who were convicted before the law change. Here, and throughout the series, Awad does a superb job of wading through the murkiness of America’s legal system.

On Something is total pleasure listening but with a lot of substance. The oddball facts Awad throws out make the podcast seriously entertaining. But as the question of legalization continues to come up in state legislatures across the nation, On Something also offers knowledge that every voter should have. It’s as relevant and worth your time as any political podcast. You just probably don’t hear the sound of bong hits on those other shows.