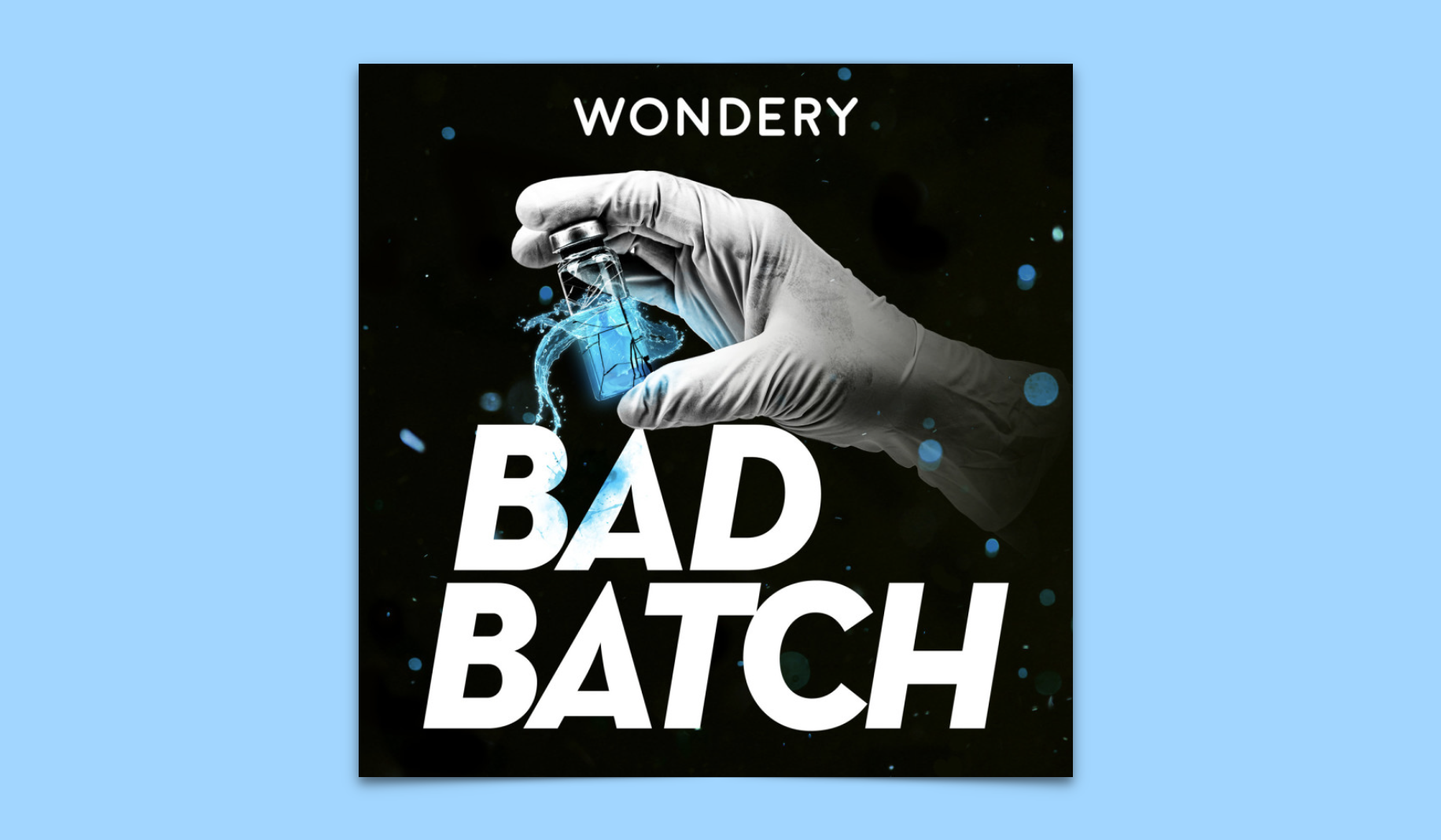 Bad Batch is the latest in Wondery’s “something medical goes very, very wrong” series. Like its predecessors, Bad Batch is highly-competent, anchored by host Laura Beil, who brings the same reporting vigor she did to last year’s Dr. Death. The Wondery formula is well-ironed at this point, giving Beil the opportunity to investigate a topic less salacious than those covered by previous Wondery hits: stem cells.

Bad Batch centrally concerns Liveyon, a stem cell company that cut corners and put its product on the market without FDA approval, and sold the titular bad batch which made several patients in Texas and Florida ill. According to the experts interviewed on the show, stem cell research is in an optimistic place, but not a proven one. The FDA has thus far only approved stem cell injection in the case of bone marrow transplants, not in the case of arthritis, stroke recovery, or back pain, as Liveyon’s products aim to treat. The bad batch of stem cells Liveyon sold did not kill anyone, but it left several with long term health complications, and hundreds more reeling from the steep cost of the treatment.

The show is notably nonjudgmental. The first person interviewed in the podcast is a man who tells us the story of his mother, who suffered a severe burn on her hand. A stem cell treatment returned his mother to good health. By the end of the episode, that man is revealed to be John Kosolcharoen, founder and CEO of Liveyon. His voice, his explanations of mistakes, is the most dominant throughout Bad Batch. Beil orients the show around the accused CEO, both as its primary source and its protagonist, which demands she take him seriously. Bad Batch refuses to dismiss Kosolcharoen, regardless of whether he deserves it.

Often, episodes are split between the podcast’s two modes — science investigation and Kosolcharoen character study. The former is Beil’s specialty, and more compelling; the latter makes the podcast feel less essential. One episode opens with the retelling of Kosolcharoen’s parents’ divorce, the absence of his father in his life, and the trips to California he took to see his dad. Those trips to the big houses and pools of Los Angeles gave Kosolcharoen something to dream about, and established the firm goal in his head of being rich. The show uses these childhood memories as set-up for its investigation into Kosolcharoen’s shadiest financial dealings, suggesting that he had skirted regulation and the law before taking over Liveyon.

None of those revelations, about lifelong greed or regulatory corner-cutting, are new. Bad Batch chooses the wrong protagonist. Unlike past Wondery hits, the wrongdoer, not the victims, shapes the narrative. Though we hear from plenty of patients who had horrific stem cell experiences, Bad Batch makes the decision to untangle why Kosolcharoen and his Liveyon team disregarded safety concerns to get their products on the market. Kosolcharoen, neither as villain nor as complicated, well-intentioned man, has the gravitas to carry the podcast’s narrative arc.

The other half of the show’s DNA, the investigation into what exactly happened, is plenty worthwhile. Beil strings together quite a lot of disparate parts — Liveyon’s shaky stem cell supplier, Liveyon’s flashy marketing, the small town Texas columnist who encouraged her readers to try stem cell treatment, the doctor who injected himself with Liveyon’s product — to understand how an untested medical product finds an audience. The story is strange enough to stand upright without knowing anything about the man who sold the stem cells.

Episode 6, “Beyond Liveyon,” fulfills Bad Batch’s potential. Beil takes a broader look at the stem cell industry to understand how this non-FDA-approved product arms race wages on without legal intervention. Kosolcharoen and Liveyon are still there on the periphery, but the focus is the unregulated market that allows businesses to exploit it.

Kosolcharoen, and his willingness to monologue, is the podcast’s hook. The time dedicated to exploring his motivations and psyche is what puts the show in conversation with Wondery’s previous hits. Bad Batch is at its best, however, when Kosolcharoen takes a backseat to Beil’s big picture industry reporting.