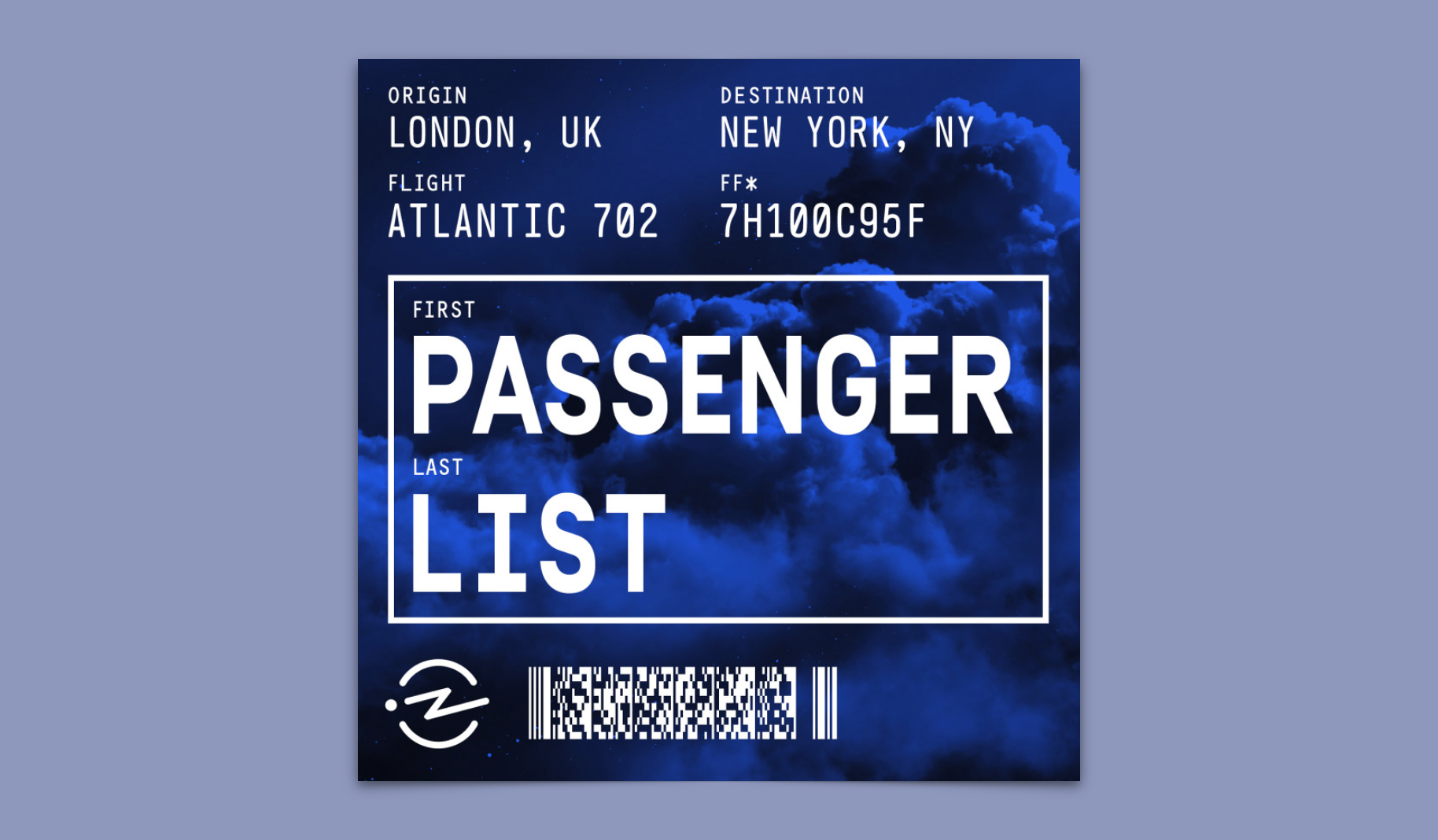 Over the past several years, fiction has raced to represent the many crises of our time, whether it be missing planes, cyber-attacks, or outbreaks of disease. But the time it takes to make films and write books means their depictions of then-current events can feel outdated by the time they’ve reached their audience. Indeed, movies such as Sully (2016) and Hotel Mumbai (2018) demonstrate that it can take up to a decade for events to be memorialized in pop culture. This is where a show like Radiotopia’s Passenger List comes in, evidence that podcasting may be the ideal medium for dealing with our turbulent news cycle.

While the eight-episode series might be make-believe, its tale is distressingly realistic. Atlantic Flight 702 has disappeared mid-air somewhere between London and New York. All of its passengers, including Kaitlin Le’s twin brother, have vanished with it. Le, a college student played by Kelly Marie Tran (Star Wars: The Last Jedi), cannot accept the official story of his death. Her refusal to believe that the plane was taken down by a flock of birds marks the beginning of her own investigation, one which entangles her with the suspicious movements of internet hackers and the FBI.

An event such as a plane disappearance will always incite more questions than answers, and thus every theory becomes plausible to Kaitlin. Human trafficking, cyber warfare, religious extremism — at one point, she even consults a witch who claims to have predicted the tragedy. These different threads are messy and contrived, and it’s only through Kaitlin’s determination that they manage to cohere into an almost-convincing story.

Indeed, Passenger List’s best asset is not its premise but its cast, as Tran is joined by venerable actors such as Patti Lupone (Evita, Penny Dreadful) and Colin Morgan (Merlin). But while these actors deliver solid performances, they cannot overcome their frequently overwrought dialogue. And though Kaitlin’s voice is written to make her interactions with a mysterious cohort of people sound dramatic and memorable, the result is that she repeats many of the important clues other characters reveal to her. “But you could hack a plane from inside the aircraft [through] the in-flight entertainment system,” one character tells Kaitlin. “You mean you could hack a plane through the in-flight entertainment system?” she responds.

Passenger List’s impressive sound design succeeds in immersing the listener in the show’s various international settings, but disguises the script’s lack of subtlety. Beyond the conspiracy theories and government cover-ups, Passenger List is also an exploration of grief through Kaitlin’s halting attempts to accept the loss of her brother. But if that wasn’t made clear, we have it spelled out for us by multiple characters throughout the season, such as when the character closest to Kaitlin’s brother urges Kaitlin to end her search and consider whether “this whole investigation isn’t just our version of grief, our way of coping rather than just accepting that he’s gone.” The show’s themes aren’t implied, they’re projected in the sky.

In his review of the show, Nicholas Quah claims that radio plays, killed-off by the dominance of television, have returned as fictional podcasts to be enjoyed on demand. But radio plays never died, as they still thrive on public radio platforms such as the BBC. One such series was Matthew Broughton’s Tracks, an award-winning production that begins with a plane crash: the central character’s father is killed in the accident and she starts an investigation entwined with feelings of loss and isolation. It is a mystery about a stubborn female protagonist and missing family members. As accomplished as the production quality of Passenger List is, to call its premise innovative is a stretch. The parallels between Radiotopia’s podcast and Tracks make it hard to view the former as a product of “new ambitions,” as Quah claims. Better to acknowledge its predecessors in order to recognize and appreciate the show’s truly novel elements.

Where Passenger List should be credited as boundary pushing is in its choice of protagonist. As an Asian-American woman, Kaitlin is a welcome departure from the homogeneity of most central characters in the cyber mystery genre. That she is flawed, misguided, and socially inept only adds to the vivid layers of her characterization.

Still, it is hard to ignore the holes in Passenger List’s story. Its similarity to real events does not guarantee that its far-fetched plotlines are convincing. But perhaps that’s the point. In many ways, Passenger List is a stop on the journey for fiction podcasting, pulling us in the direction of higher-level production values. With a second season almost guaranteed, the show is well placed to explore the conspiracy-laden environment of our current news cycle. Its many threads allow it to take on new mysteries without compromising continuity, making it an ideal vehicle for the unsettling stories of our time.