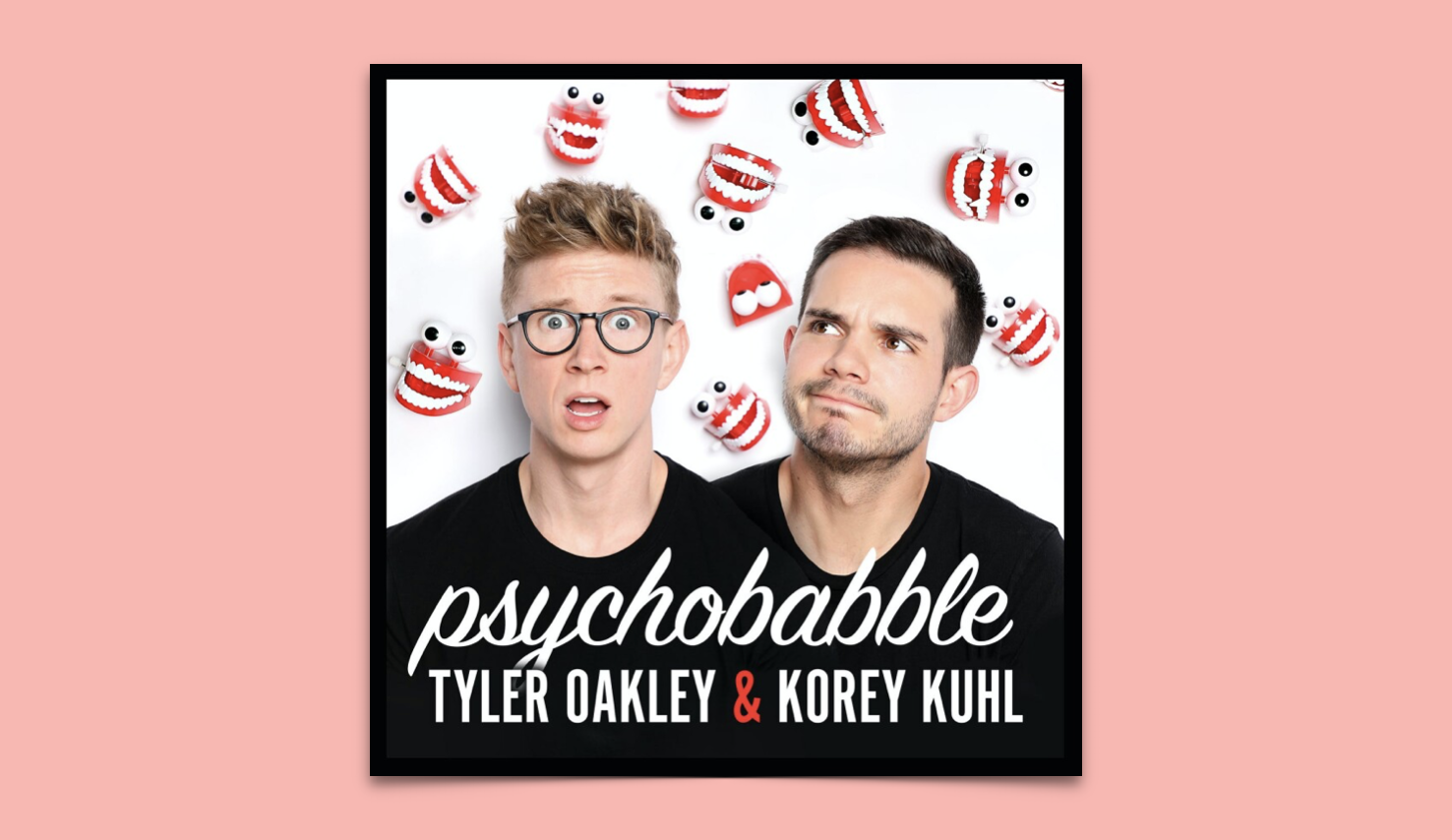 In 2014, the reality television duo and former YouTube personalities Tyler Oakley and Korey Kuhl started their now hit podcast Psychobabble. During the show’s quick, half-hour episodes, the two best friends hang out, catch up, and offer listeners a hilarious break from the regular stress of life. Dialing in from their respective homes in San Francisco and Los Angeles, Kuhl and Oakley’s weekly conversations revolve around hysterically manic retellings of their personal stories alongside musings on pop culture.

What makes Psychobabble so fun is that it’s less concerned with serious cultural analysis than it is with giggling about mundane news, like the week’s trending Twitter headlines. But even here their gaze is selective. Rather than focusing on the latest celebrity scandals or feuds, Oakley and Kuhl favor ridiculous discussions about which new emojis they love and hate, the origins of Fruity Pebbles, and ranking the names of Paris Hilton’s ten dogs.

What Psychobabble fans (called “cycle babies”) love most about the show, though, are its occasional themed episodes. A few times each year, Oakley and Kuhl dish out a healthy mixture of both sound and psychotic advice to listeners seeking wisdom on everything from how to deal with your partner’s annoying dog to fixing a strained familial relationship due to your father’s obsession with Pokémon GO. Another favorite is the annual predictions episode where the hosts make seemingly outlandish predictions about what will happen in the coming year, à la Psychic Nikki. But what’s made these episodes so anticipated each year is their uncanny accuracy. Throughout their hundreds of predictions, Kuhl and Oakley have somehow foreseen, sometimes even years prior, events like Taylor Swift starring in CATS, Lady Gaga’s appearance on American Horror Story, and even the hospital explosion in the season 13 finale of Grey’s Anatomy.

Now, for many listeners, the pinnacle of Psychobabble is its “Queens Edition” episodes. On these special occasions, Kuhl and Oakley deep-dive into the musical catalogs and career highs and lows of pop artists like Kelly Clarkson, Kesha, and Britney Spears. While music is a frequently discussed topic throughout the show, these episodes have become the cornerstone of the podcast — so much so that the hosts have made it part of the Psychobabble vernacular for whenever they get stuck on any one topic. In an episode where Oakley read through all of Nikki Blonsky’s (from the movie Hairspray) tweets, Kuhl joked, “I can’t believe this is the Nikki Blonsky Queens Edition.” These episodes have become an inside joke among the show’s hosts and its listeners, but it’s not the only one. Another is the recurring cast of atypical celebrities whom the hosts have fixated on for reasons seemingly unbeknownst even to them. Their fascination with benign celebrities like David Archuleta, Jacob Tremblay, and Gonzo the Muppet, even when not in the headlines, is beautifully absurd.

Over the years, Oakley and Kuhl have built a loyal following of cycle babies through their web of inside jokes and shared references. For Psychobabble, these listeners are not just a fanbase, but a community. By purposefully avoiding any drama-filled topics, the hosts have curated a low-stakes, relaxing environment where listeners can enjoy and share in their goofy, stress-free dialogue. The pair’s positive energy and laughter is infectious, which has been the key to Psychobabble’s consistent success for now eight years and running.

Ryan Lark is a freelance podcast and music critic living in Lexington, Kentucky. He can be reached on Twitter (@ry_lark) and by email at [email protected]