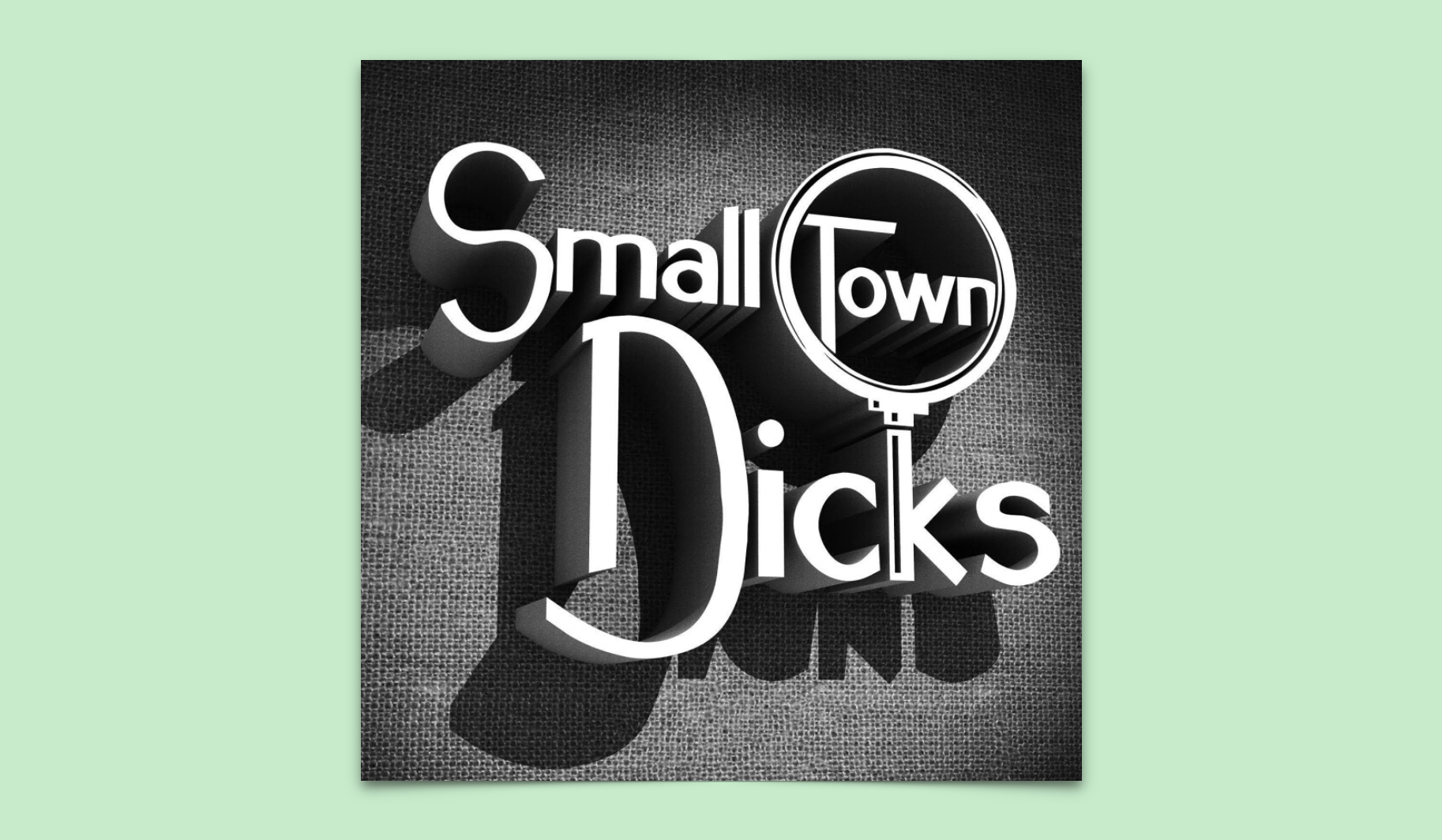 The popular image of a detective doesn’t leave much room for emotion. From Sherlock Holmes to an unending lineup of TV procedural characters, fictional detectives often have difficulty, if not downright aversion, to letting their feelings, biases, and background affect their work. Small Town Dicks, a podcast produced by actress Yeardley Smith and her anonymous co-hosts, the twin detectives Dan and Dave, corrects this misconception. Each episode examines a small-town American crime through the eyes of the detectives instrumental to solving the case, showing how emotional bias has the power to both drive and warp the investigation.

Small Town Dicks’ willingness to dive into the murky territory of detectives’ thoughts and feelings, their prejudices and deep compassion, shows how closely emotional connection to a case and successful investigation are related. A 2018 episode, “Girl for Rent,” shows a positive outcome of this connection, demonstrating how the intuition and emotional involvement of Sergeant David (all detectives on the podcast are referred to by pseudonyms) was instrumental in uncovering and successfully prosecuting a child abuse case. Patrolling during the graveyard shift, Sergeant David comes across a parked car with an older man and a pre-teen girl. Suspicious, he questions the pair, and even though both give consistent answers for why they’re out so late, he can’t shake the “feeling. . . that something was really wrong here.”

Prompted by that feeling, Sergeant David follows the case, filling out an incident report, passing it to one of his supervisors, and making sure that it’s pursued. As it turns out, his gut instinct is right: The girl is being sexually abused and prostituted by her adoptive father. Although plenty of hard evidence does surface later, it is David’s initial “weird” feeling and his determination to make sure the case gets attention that ensures that the girl is eventually rescued, and her abuser is put on trial. “Girl for Rent” represents one of the most positive outcomes a detective’s emotional involvement and bias can have. Because of Sergeant David’s unshakeable feeling that something isn’t right, a criminal is apprehended, and a young girl gets to escape and live a healthy childhood.

A much darker picture of investigative work’s emotional dimension emerges in the Small Town Dicks’ miniseries “The Sociopath and the Whistleblower.” When Lieutenant Scott first learns that his colleague, Robert, has been accused of sexual misconduct, his first instinct is suspicion. As Scott says, “I have to honestly say . . . when I got this call, I’m an eighteen-year cop. I’m biased.” He has his “own credibility scale that is heavily weighted by criminal background.” The fact that the first women to come forward and accuse his colleague of harassment and rape are “frequent flyers,” drug addicts, and other women embroiled in risky lifestyles tipped his sympathies heavily in favor of Robert.

Scott’s bias leads him to at first believe in Robert’s innocence as strongly as Sergeant David had suspected abuse, but in this case, Scott’s feelings are misguiding. More and more evidence of Robert’s guilt piles up, something he struggles to comprehend. In Scott’s own words, his allegiance to the police force he worked for and his trust for his fellow employees had hardened into a prejudice “that was a flaw in my investigative character” and that was only strengthened by an “institutional reluctance to be critical of our own people.” He slowly comes to accept not only Robert’s guilt, but also his own culpability in dismissing the women’s stories.

Grim as this situation is, the emotional impulse that lead to Scott’s disbelief, and that were part of a larger police culture of prejudice and clannishness, also become the driving force behind his transformation into the victims’ advocate. The feelings he experiences as he comes to terms with his department’s corruption can be likened to a form of trauma, having “his world really flipped upside down.” The fact that this trauma is longstanding, leading to his divorce and other real-life consequences rattles him even further, but also allows empathy to grow between him and Robert’s accusers. “I’m in this emotionally,” he explains, describing sitting with the women during Robert’s trial. As much as emotion inhibited Scott at the beginning of the case, by the end it is the key to a renewed sense justice and purpose, allowing him to change his views and reaffirm the importance of his work through a careful investigation of Robert and advocacy for Robert’s victims.

For listeners like me, who cut their true-crime teeth on TV shows like Forensic Files and the just-this-side-of-schlocky lineup of channels like Investigation Discovery, Small Town Dicks is a welcome addition to the genre, complicating the still-common narrative of stoic cops and police departments free of emotional bias and prejudice. By showing the critical role emotion plays in competent investigative work, victim advocacy, and bringing alleged criminals to trial, Small Town Dicks reveals that the reasons law enforcement succeed and fail are often only one gut feeling or misplaced bias away from each other.

If this sounds like a discouraging takeaway, it shouldn’t—at least not entirely. Yes, it does shatter the myth of legal fairness and infallibility dear to many of our hearts, but there’s also a flip side to this admission of human feeling and prejudice. As Lieutenant Scott’s story shows, feelings can change, and when they do, so do the institutions built up around them. It’s proof that the American legal system is not doomed to continue stewing in bigotry and corruption, that change is possible, and maybe, just maybe, more attainable than we think. The fact that these stories come from the mouths of the detectives themselves, at a time when such admission and self-reflection is all too rare in the conversations surrounding U.S. law enforcement, is a powerful formula and call to action that  Small Town Dicks uses to its fullest advantage.

Claudia McCarron is a writer of fiction and nonfiction whose work has appeared or is forthcoming in Podcast Review, Avidly, Lunch Ticket and elsewhere. She lives in West Virginia.