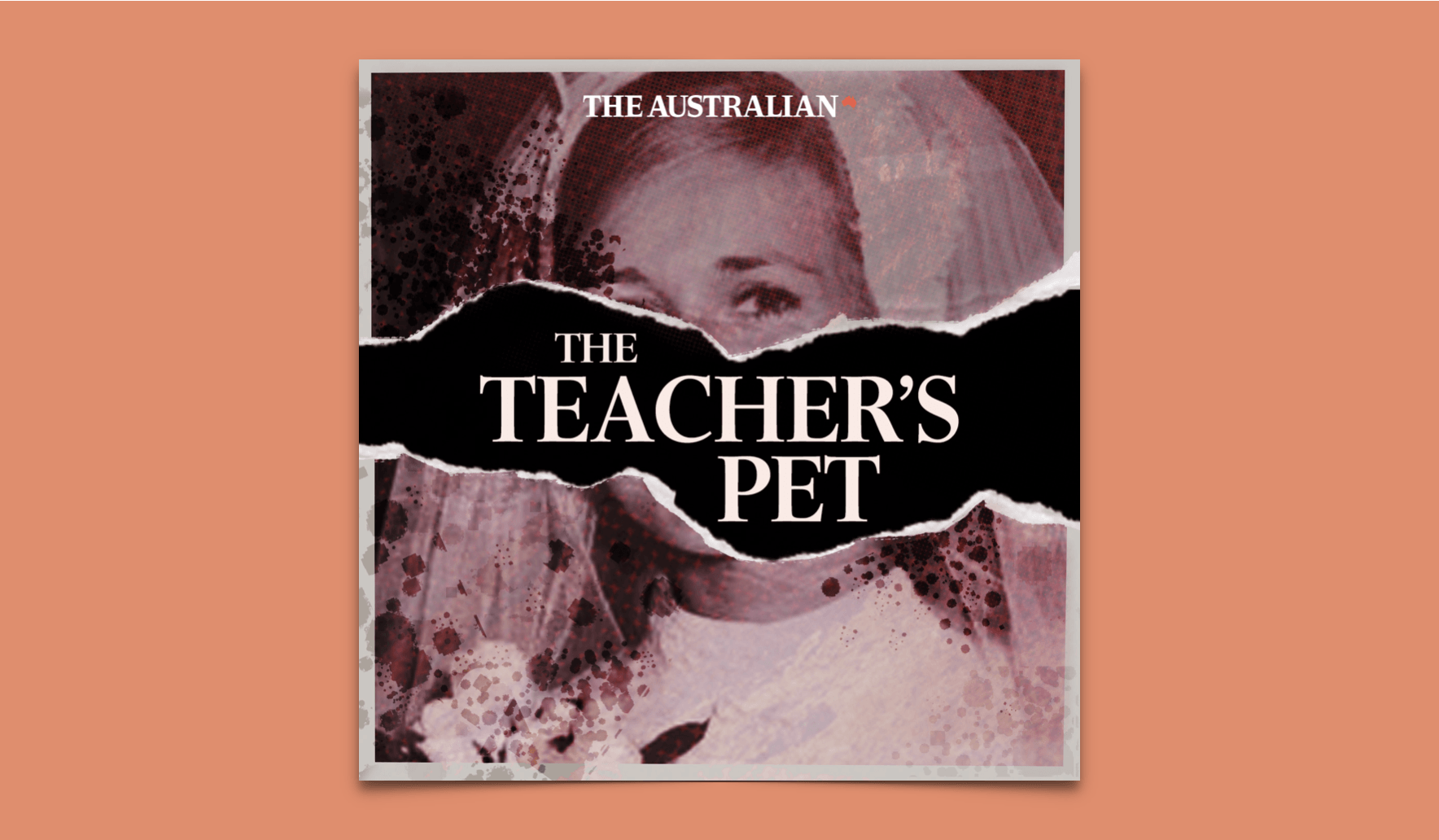 In 2014, Serial introduced long-form investigative journalism to podcasts, and redefined the medium’s nature and scope. Host Sarah Koenig and her team recognized and employed a set of advantages—seemingly endless space and time, episodes available to anyone at any moment—to scrutinize the case of Adnan Syed, a young man charged with and convicted for the murder of his former girlfriend, Hae Min Lee. At the time of the podcast’s release, Syed had served 14 years of his life sentence. Despite the ruling, Syed has always maintained his complete innocence.

In the process of reporting on the case, the Serial team uncovered a credible witness who could place Syed at his high school library during the purported time of the crime—a source that the defense knew of but negligently did not pursue. Over eight and a half hours of audio, the podcast exposed other issues with the case as well, including the reliability of “cell tower location evidence,” which the prosecution used as a significant piece of their argument. While this certainly aligns with the conventions of well-executed crime reporting, the scope of the podcast extended into representing the nuanced—and often fraught—journalistic process. Indeed, many of the season’s best moments are those in which Koenig grapples with the numerous inconsistencies, statements, and misrepresentations in the case, especially in her phone calls with Syed himself.

The result was riveting. And to date, episodes of Serial’s two seasons have been downloaded at least 340 million times. The level of exposure the podcast brought to an otherwise forgotten case, in addition to discovering new evidence, has earned Syed the chance at a new trial.

By choosing to tell stories through podcasts, journalists such as Koenig can produce serialized, exhaustively detailed reporting. There’s immense space to shine light where daily news and the justice system have lost interest, and there is an interested public just as large.

Hoping to draw on this massive audience, in The Teacher’s Pet journalist and author Hedley Thomas tries to build Serial’s investigative model into an agent of change. From the outset, it’s clear that Thomas’s motivations extend beyond the traditional reporting of the news. In trying to uncover what really happened to Lynette Dawson thirty-five years ago, Thomas borrows from In the Dark and commits himself to resolving the essential questions police have long failed to answer: What happened to Lyn? Did she disappear, or did something more nefarious occur? Thomas goes one giant step beyond Koenig and Serial and, on the record, presents his personal judgment of the case. This turns out to be far less interesting, however, than Koenig ending a call with Syed and questioning, to her colleagues, whether she can or should trust what he says. Being given an answer deprives the listener of interacting—and of struggling—to make sense of an incredibly complex mystery.

Thomas is unequivocal about how invested he is in finding Lyn. He needs to know what happened. How she disappeared. Where her body rests. Who’s responsible. And who in the police (a long, long list) failed to solve a case that appears to Thomas so obviously pointing in one direction. In an interview with ABC News Australia, Thomas says, “I felt that…it might be possible to find evidence, information, witnesses who hadn’t talked before, who could help resolve this case—finally.”

The disappearance of Lyn Dawson, in January 1982, is The Teacher’s Pet’s inciting event. Even today, information surrounding her disappearance is scarce. Police knew that she was last seen at the Dawson residence. Thomas’s investigation, however, delves deeper to reveal details of that last sighting: Lyn had called her mother, who recalls Lyn saying with slurred speech that Chris, Lyn’s husband, had mixed her “a lovely drink.” This is suspicious to both Thomas and Lyn’s family members because Lyn rarely drank. We’re then told that Lyn and Chris, who worked as a high school rugby coach, had been to marriage counseling after it became apparent that he had been in a year-long relationship with one of his sixteen-year-old students, Joanne Curtis, with whom he would later father a child. If all of this sounds convoluted it’s because the podcast reveals information in this manner, each episode repeating and slightly reframing previous moments, events, and scenes. Despite these details, Chris has maintained an essentially unchallenged narrative: Lyn left on her own accord, following some religious cult into permanent obscurity.

Thomas doubts this narrative. Why would Lyn, a devoted mother, leave her children? He can’t understand why she would never be heard from again, or for what reasons Lyn’s family so blindly trusted Chris’s unfounded explanation. “We had no reason to doubt him, because he was a part of the family,” says Greg Sims, Lyn’s brother. Thomas also struggles with why the police didn’t question Chris’s narrative either, especially considering the revelation of his affair. Perhaps, Thomas suggests, there is a plot by law enforcement to protect the town’s “star footballer.”

Thomas excels at presenting every detail surrounding the final moments before Lyn’s disappearance. To fill out the story, he adds hours of interviews with family, friends, and neighbors to form a clear understanding of the Dawsons. He includes, for example, ample evidence to show that their home life deteriorated in the years before Lyn’s exit. Chris had become increasingly controlling and often abused Lyn, both mentally and physically. For many years, he was a serial philanderer; some describe him as a predator, grooming students like Joanne Curtis.

Further confounding the situation is the omnipresence of Chris’s identical twin brother, Paul. Both footballers and teachers at Cromer High School, located in the Northern Beaches suburb of Sydney, the twins groomed their female students together, beginning the process by hiring the “attractive ones” as babysitters[2]. To say they’re very close is an understatement. The two built houses next door to one another. And as children, they spoke a language of their own devising, sharing with each other every detail of their lives. Their relationship was (and is) so intense that their wives seem resigned to the reality that they’ve each married not one but two Dawson men[3]. Thomas appears intent on proving this point, that the twins shared a strange and intense bond, to make Chris appear as unsettling—and creepy—as possible.

Thomas repeats such descriptions throughout the podcast’s fourteen episodes. He relies on interviews about Chris and Paul’s relationship to help explain why Paul, who knew all about Chris’s secret affair with Curtis, would be the one to know exactly what happened to Lyn. (Check the soft soil around the back of the house, Joanne tells police. But investigators don’t take this tip very seriously—at least not as seriously as Thomas expects or wants. They don’t ask Paul, even obliquely, about the soft soil.) Thomas relies on the implication that Chris’s relationship with his brother transcended any marriage or crime, and that the same must be true for Paul. One must be protecting the other.

While the circumstances of Lyn’s disappearance—or murder, as Thomas claims—remain murky and suspicious, and while police[4] determine that Chris most likely did murder his wife, no investigation has been able to turn up as much information as The Teacher’s Pet. Because of ineptitude, indifference, or corruption—Thomas points to all three—there’s been no conviction, and thus no justice.

The podcast’s impact is much larger than Lyn’s disappearance, however. Thomas’s work helped shed light on rampant sexual misconduct at Cromer High School, which is revealed late in the series, after earlier episodes inspired women to come forward. By the show’s end there are witnesses who want to help multiple causes—what happened at the high school, what happened to Lyn—and who regret not participating decades earlier.

Thomas uses the reach of the podcast to engage these witnesses, a tactic that seems to have worked and presents a new level of pressure investigative journalism can place on any criminal justice system. Months after the release of the two-hour finale, police began searching in earnest for the remains of Lyn’s body, something for which Thomas had advocated for much of the show.

A ll said, my main critique is that the breadth of the podcast borders on obsessive. There’s so much repetition that I wondered, on several occasions, whether the wrong episode was playing. Thomas spends much of his airtime recounting facts and other information that the audience already knows. He offers countless new voices, in interviews, to corroborate and repeat basic facts of the case. The purpose here, it seems, is to make an argument irrefutable by sheer mass.

(By the end of the final episode, the listener will have spent sixteen hours listening to this podcast. For reference, the audio run-time of Mystic River totals 15 and a half hours; Rebecca just shy of fifteen; Agatha Christie’s novels, on average, total under seven, on average. You get the idea.)

But this volume of information has the opposite effect, muddying what should be a straightforward story. There is a sense that the ongoing nature of the investigation led Thomas in many tempting directions, and that he chose to follow and present as many of these leads as possible. Had Thomas waited to create the podcast until he’d gathered all of his information, much of the interviews could have been pared and arranged for clarity, for listeners, and then presented, in full, on a website for devoted fans. This would have made for a better, more streamlined story.

Clearly, though, Thomas’s project involved and relied on an engaged public[5]. And his stretching of interesting material, however frustrating to listen to and follow, has brought him closer to his stated goal, undeniably closer than at any time in the previous thirty years.

A movement has begun. A community has been created. And the police have been pressured into action. As of September 15, 2018, police are finally searching the “soft soil” that Joanne Curtis spoke about years prior.

As Pat Jenkins, Lyn’s sister, has said: “Without this podcast, we would’ve gone on for the next thirty years, and nothing would’ve happened…this podcast has given us hope.” For this alone, The Teacher’s Pet is an undoubtedly an achievement.

[1] Note to reader: For the sake of space and the presumption that many readers are familiar with Serial, this is a curt summary that reduces a very complex case, and its equally complex reportage and presentation, perhaps unjustly. For more on the podcast, the authors suggests listening to all twelve episodes.

[2] The details of their operation, and the extent to which the brothers and other teachers preyed on young girls, makes your skin crawl.

[3] The families appeared on an Australian television program in 1975, where Lyn and Chris discuss what it’s like to “share a husband” with a twin.

[4] Thomas refers to these investigators as coroners, which the Western Australian government describes as: “The Coroner’s Court of Western Australia is a specialist court established to investigate certain types of deaths. The purpose of these investigations is to determine the cause and manner of death and also to consider ways that similar deaths may be prevented in the future.”

[5] 14 million downloads (according to A Current Affair).