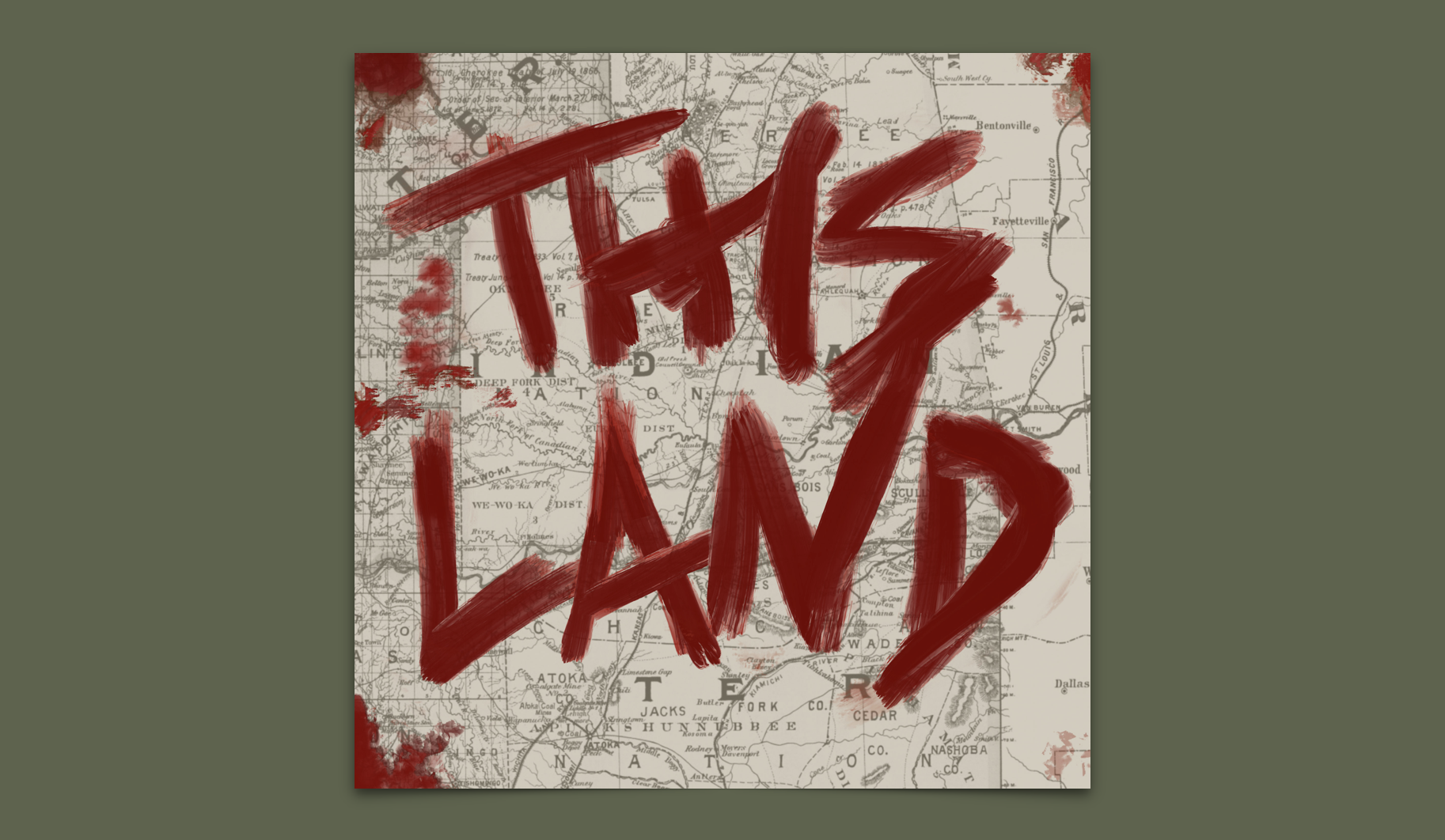 This Land begins, as so many podcasts do, with a murder. In 1999, Patrick Murphy, a member of the Muscogee (Creek) Nation, killed a fellow tribe member, George Jacobs, and confessed the crime to Jacobs’s girlfriend. Murphy was arrested and tried for the killing, where he was sentenced to death. Soon after the trial, his attorney, a public defender named Lisa McCalmot, lodged an appeal. According to McCalmot, the killing took place on a Native American reservation, not in the state of Oklahoma, as the police and the State’s attorney argued. If McCalmot is right, Oklahoma would lack the required legal jurisdiction to try Murphy, much less sentence him to death.

The podcast’s first episode, “This Case,” lays out the key facts of the Murphy case and outlines the path of its appeal process. After six failed appeal attempts, McCalmot’s argument finally succeeded in 2017 when a 10th Circuit Appeals Court found that Oklahoma did not have jurisdiction to convict Patrick Murphy of murder. The state of Oklahoma appealed that ruling, sending the case to the Supreme Court. McCalmot’s appeal began as a last-ditch effort to save her client from a death sentence, but the questions raised by her appeal impact far more than one man’s crime and punishment. If the Court rules in favor of McCalmot’s argument, more than half of Oklahoma’s land could be designated reservation territory. The case has immense implications for the oil and gas industry and for Native Americans, both as the potential for setting a positive legal precedent for future cases and as an opportunity to rectify at least one of the many legal indignities thrust upon Native Americans in their dealings with the US government.

Much to the show’s benefit, This Land quickly abandons the mold of a true crime podcast in favor of exploring the historical context of the case. Doing away with any sense of mystery or noir, the podcast instead provides a detailed history on the Creek Tribe, the reservation system, and the interactions between Native Americans and the US government more broadly. Although this history is clearly relevant to the Murphy case, the case is mentioned progressively less throughout the show (with the exception of the sixth episode, which explains the Supreme Court’s postponement of the case, and the final episode, which focuses on another, perhaps even more far-reaching case involving Native American land).

By the show’s seventh episode, “Still Bleeding,” the Murphy case is practically never mentioned. The episode addresses theft from Native Americans by the government in forms other than land-taking. The first portion of the episode addresses host Rebecca Nagle’s attempts to learn Cherokee, one of many endangered or dying Native American languages. Due to the US government’s explicit attempts to suppress Native American languages in favor of English, the average age of a native Cherokee speaker is over 60 and the language is expected to go extinct by 2050 unless many more young people start learning the language. For Cherokees, their language is an integral component of their culture. Cherokee medicine, for example, can only be practiced in the Cherokee language. If their language dies, so does their medicine. The second portion of the episode focuses on water rights, and the widespread pollution of waterways in Native American reservations.

As one might expect, a history of the dealings between Native Americans and the US government is not a pleasant one. The US government has employed a varied set of tactics in dealing with Native Americans, ranging from coercive and unjust legal action to outright violence. This Land’s fourth episode provides a history of the treaties signed by Native Americans that created the reservation system. Nagle focuses on the treaty signed by the Cherokee Nation, of which Nagle is a member, and which prompted the infamous “Trail of Tears.” The next episode details the Dawes Act, which allotted land to individual Native Americans within the reservations, turning communal land into private property. Nagle details the many pernicious ways that the Dawes Act practically forced Native Americans to sell their land and drove them into poverty.

Because of this shift from the first episode’s murder analysis to the rest of the podcast’s historical and cultural focus, listening to This Land without doing any prior reading on the show can be somewhat disorienting. After finishing the first episode, I began the second and third assuming a similar structure that can be grafted onto practically any true crime podcast. Instead, the show was much more interesting than I expected. It provided lessons about a group of Americans who have all but been left out of most American History textbooks, at least after the 18th century.

Possibly the biggest surprise of the show though, one that Nagle and her team did not see coming, was the Supreme Court’s postponement of the Murphy case. After the fourth episode, Nagle posted a 2-minute clip titled “Update: Surprise announcement from SCOTUS,” where she updated listeners on the important news. The Supreme Court unexpectedly decided to wait until the court’s next session to issue a decision in the case. From the perspective of the podcast, this was not good news. The timing of the show was such that the case was supposed to be decided sometime during the show’s run and could influence the final episodes. A decision in favor of McCalmot’s appeal would be a rare but powerful victory for Native Americans. A decision in the alternative would be a depressing continuation of the status quo and the superiority of financial and white interests over those of Native Americans. Because the Supreme Court didn’t come to a decision, the show was unable to make either episode.

Nevertheless, This Land is worth listening to not just for its legal analysis of the Murphy case, but because of Nagle’s detailed and caring exploration of Native American history, the indignities Native Americans have suffered, and their resilience in spite of them.