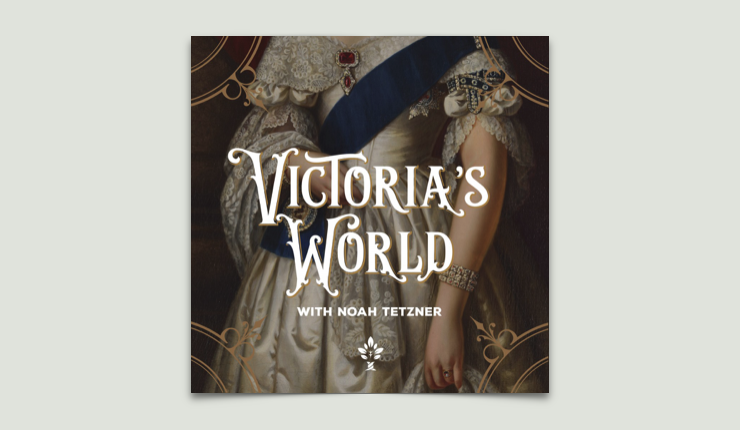 Spanning the reign of Queen Victoria, from 1837 through 1901, the Victorian era saw developments in technology, government, and manufacturing that transformed the daily lives of citizens in England, its colonies, and the rest of the world. Nearly two centuries later, the anxieties these changes inspired can seem quaint, but even a cursory study of the period reveals concerns about technology, poverty, imperialism, and racism strikingly similar to those of our current moment. Victoria’s World, a 15-episode podcast hosted by Noah Tetzner and distributed by the CiRCE Institute, a promoter of Christian classical education, attempts to reveal these parallels with mixed success.

Covering topics that range from daily life in Victorian London to the Anglo-Zulu War, Victoria’s World conveys the reach of the British empire, examining how its influence was felt by everyone from the factory workers of England to the Zulu tribe of South Africa. Tetzner interviews a different author, historian, or armchair expert each episode. He is a capable host, allowing his guests to speak at length on their areas of expertise, explore tangents, and express their fascination for the era with an enthusiasm that greatly adds to the podcast’s appeal. As it progresses, however, many of the episodes demonstrate a revisionist and reactionary slant that is impossible to ignore.

This slant, which leads to a troubling and uncritical upholding of Victorian values and ideologies, is established in the first episode, “Everyday Life in the Victorian Age” with guest Sarah Chrisman. Chrisman and her husband, Gabriel, are most well-known for disavowing modern technology and living a lifestyle that replicates the clothing, culture, and pastimes of the late nineteenth century. While my gut instinct may be to dismiss the couple, I find that I can’t—because of my own obsession with Victorian culture, I’ve certainly daydreamed about recreating the fashion and customs for myself, despite my knowledge of the era’s more unsavory elements. If anything, the Chrismans’ commitment to creating the life they desire—particularly in a culture that does not look favorably at such obvious markers of difference—is admirable. The problem the Chrisman’s lifestyle and position of authority on the podcast present is more complex.

It is impossible to truly inhabit the past. An endeavor like the Chrismans’ does not relive the past, it recreates it, and this recreation is more fueled by reactions against modern culture than it is by historical truth. “We see people pulling themselves up by their bootstraps,” Chrisman says early in the episode, valorizing the Victorian ideology of the self-made individual. “Nowadays . . . people have gotten a much more negative attitude.” This comment hearkens back to an imaginary past, overlooking the significant societal blocks that kept many Victorians from attaining middle-class respectability—blocks which continue to impede upward mobility today. Throughout the episode, Chrisman continues to interpret the era through a revisionist lens, placing Victorian culture and values in contrast to her dissatisfactions with the modern world. “A very foreign concept to people these days,” she says is that “in the Victorian era, the home was considered a sacred space.” While this claim is accurate, it also overlooks the fact that this domesticity was often used as a tool to confine and entrap women and girls. By accepting Chrisman’s claims at face value, Tetzner builds his podcast on a reactionary ground that pays scant attention to the darker implications of nineteenth century history.

Any understanding of history is fueled by reactions to the present. The problem with Victoria’s World is that it rarely takes the time to interpret its subject critically, considering why its audience might see the Victorian era as a retreat from current events and why this stance is flawed. Throughout the series, seemingly small omissions and claims bring this fault to light. In “The Victorian Poetry of Alfred Lord Tennyson,” guest Heidi White is rhapsodic about Tennyson’s relationship with his “very good friend” Arthur Hallam, while never discussing, or even mentioning, the well-known contention that the two may have engaged in a queer relationship. The podcast’s coverage of the Anglo-Zulu War characterizes it “as a story of David versus Goliath,” skating over the fact that, while outnumbered, the British forces were equipped with firearms, while the Zulus were not, drastically complicating the tale of the underdog triumphing against the odds Victoria’s World presents. The episode also never questions the imperialist ideology that allowed the British to believe they had a right to Zulu land. These omissions, along with Chrisman’s claims and other exclusions, demonstrate that the podcast is building a revisionist past that upholds traditional values and a conservative view of history, no matter how inaccurate and damaging those views may be.

The issue with Victoria’s World’s view of history is that flattens historical events and movements, leeching them of their complexity and ugliness. Like Sarah Chrisman’s neo-Victorian lifestyle, it responds to the present rather than critically analyzing the past. What this view entails, and what the podcast bears out, is the erasure of voices—whether those voices be queer, female, poor, or non-white. Smoothing over the edges of history is a dangerous precedent, but it’s also a tedious one. By erasing the ugly and controversial aspects of the era, Victoria’s World might make nineteenth-century Britain more palatable for a certain audience, but it also loses much of what makes the era a fascinating time to explore and study.