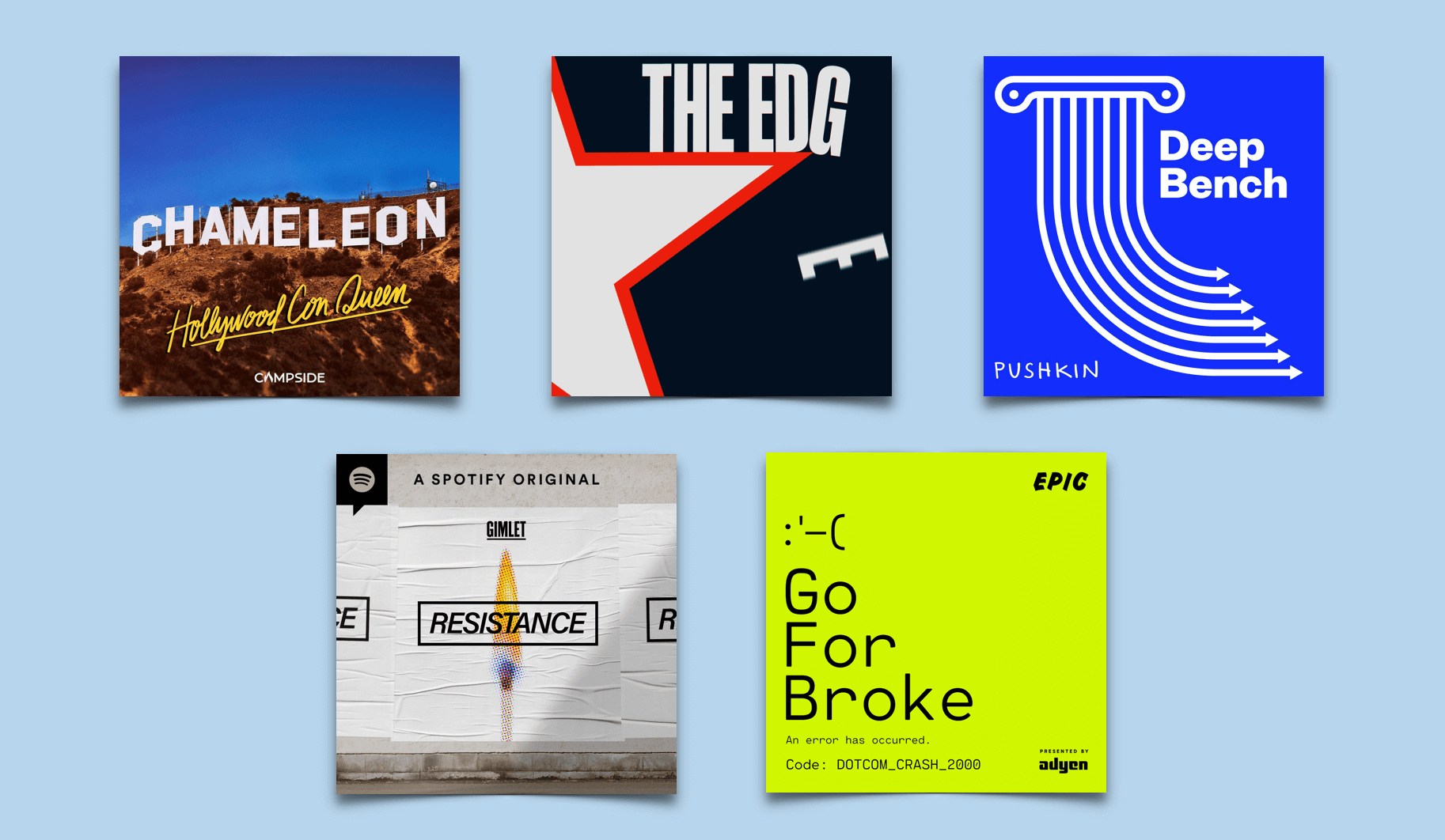 
Chameleon is a worthy entry into the scammer genre. Created by Josh Dean — who made last year’s true crime hit The Clearing — and journalist Vanessa Grigoriadis, Chameleon investigates a series of bizarre attacks on members of Hollywood’s working class. Make-up artists, fitness trainers, and other craftspeople were targeted by the titular Con Queen, who would impersonate well-known Hollywood producers and make convincing job offers to unsuspecting set workers. These deceptions make for hellish adventures, as the victims slowly come to realize that they’ve been duped into spending their own cash to fly halfway around the world for a movie that doesn’t exist. The show’s central mystery, the whodunnit, gives each episode its momentum.

The latest show from Gimlet attempts to parse through the past summer’s worth of Black Lives Matter protests. Hosted by Saidu Tejan-Thomas Jr., Resistance takes an anecdotal approach, broadcasting individual protest stories from New York City and small town Nebraska, through its first three episodes. “Shake The Room” offers listeners a moment-to-moment account of an August day in Hell’s Kitchen, when police officers banged on a protest leader’s apartment front door for five hours without a warrant.

Sports Illustrated’s Ben Reiter released his book Astroball: The New Way To Win It All in 2018 to contextualize the half-decade of work that turned the Astros from the worst team in baseball to world champions. In the aftermath of the sign stealing scandal, which rocked baseball last fall and gave many reason to assign an asterisk to the 2017 title, Reiter reanalyzes that history. Though the podcast occasionally veers into the territory of apology, it is an excellent synthesis of Astros history, tracing the team from the Astrodome to the formerly (and Freudianly) named Enron Field. The ethical questions of the cheating scandal are well covered, but The Edge does a superior job of exploring the many ways a cutthroat approach to operating a sports team manifests.

With Justice Amy Coney Barrett’s placement on the Supreme Court, cementing a 6-3 conservative split, a nearly forty-year plan to fill the country with a conservative judiciary has been an unquestionable success. In the miniseries “Deep Bench,” from his larger podcast Deep Background, Harvard Law professor Noah Feldman explains the rise of conservative thought in courts through the story of the influential student group in law schools around the country, The Federalist Society. His interviews with senior members of The Federalist Society, and even a sitting judge, provide a platform for these speakers to explain their ideology and for Feldman to question it. His questions are direct, but not combative. At times, this can be frustrating, but the show provides an excellent recent history of conservative legal philosophy and explains how we arrived at the current makeup of the Supreme Court.

On Go For Broke, reporter Julia Furlan traces the history of the dot-com bubble, those few years at the turn of the millennium when having the right domain name seemed to be all it took to woo investors. But the show’s first episode, a rise-and-fall profile of Pets.com, shows that building a truly successful company during this era was a bit more complicated. For one, you still needed to get the word out about your brand, and the podcast entertainingly details how Pets.com did so by putting millions of dollars behind TV commercials featuring a zany sock puppet. Other episodes from this first season tell the story of the browser company Netscape and the forgotten social media site BlackPlanet.com. If you enjoy tales of business history — and podcasts like Spectacular Failures and Brought to you by... — you’ll love Go For Broke.