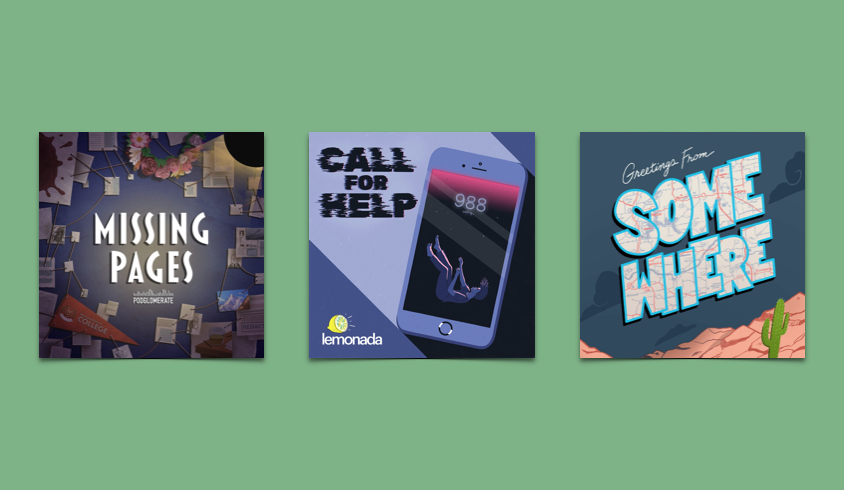 Missing Pages is a timely podcast hosted by longtime literary critic Bethanne Patrick and produced by The Podglomerate. For the so-called literati, it’s no big secret that the publishing industry is fraught. But even so, industry outsiders are often left in the dark about the gritty details of book publishing’s shady backroom deals. In the show’s debut season, Patrick investigates eight of the industry’s most complicated and high-profile scandals. Each episode features a series of interviews with that story’s key players, including publishing experts like authors and media insiders. In the show’s own words, Missing Pages exposes the book publishing stories that are “unfit for print” –– and it’s thrilling.

The latest podcast from Stephanie Wittels Wachs and Lemonada Media investigates the creation of 988, the new three-digit number designed to supplant 911 as the go-to for mental health emergencies. Wittels Wachs spotlights the many catastrophes that can unfold when police are involved in responding to suicide calls, and the vast infrastructure needed to make 988 a reality. The first episode features Zak Williams, son of Robin, discussing his father’s death and his own crises he’s faced in the years since.

When I listen to a podcast, it’s usually because I want to be anywhere other than the cramped subway I find myself inside twice each day. Oh, there’s no place like the office. Thank goodness then there are so many great travel podcasts to transport me beyond the familiar sights and — ahem — smells of the commute. Next stop: Zach Mack’s road trip podcast, Greetings from Somewhere.

Mack is back after an excellent first season, this time kicking off with travel tales from the show’s listeners in one of the podcast’s excellent “Detour” episodes. From there, it wasn’t long before the show released “9 Days in Scandinavia,” a shorter episode featuring a few stylistic twists and the show’s signature Bourdain-style hosting. A cut above any comparable show, make sure to join Mack on his immersive journey through some of the world’s most engaging destinations.