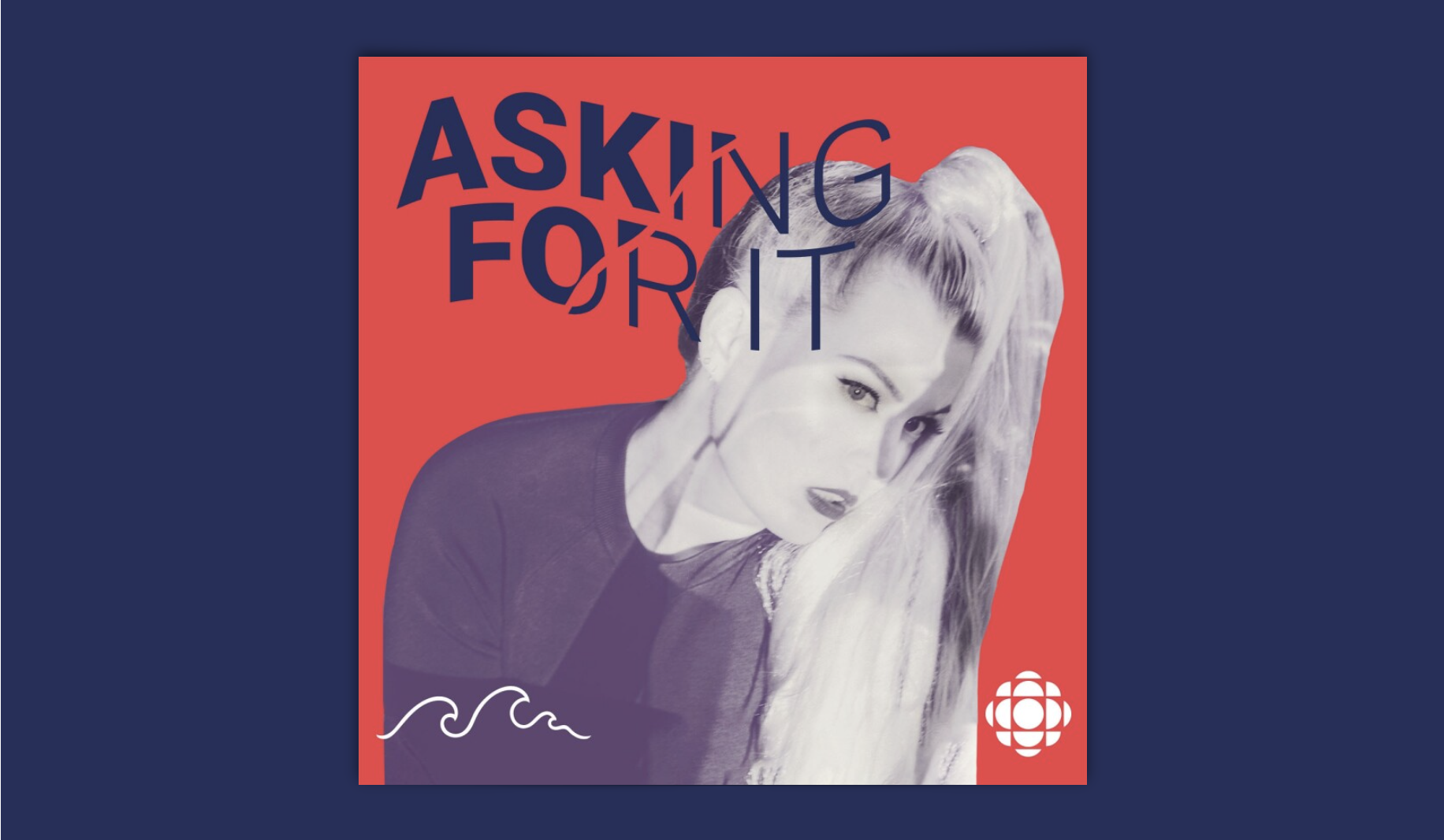 In nearly all cases, fiction podcasts fail to do it for me. Many have been well-crafted, even well-written, but the final hurdle — achieving the immersive quality that drives a story forward — is rarely overcome.

Kaitlin Prest’s work is different. In The Shadows and her latest series, Asking For It, which she produced and co-directed with writer and performer Drew Denny, Prest has taken audio drama seriously, as a form with character and possibilities distinct from the TV/movie scripts other mainstream audio dramas have emulated. At its best, her work achieves immersion by craft, mixing layers of dialogue, music, and peripheral noise to create an imaginable world.

Audio is an appropriate form for the world Prest and Denny build in Asking For It — not just because of its high-level craft, but because its story could viably be ignored by the gatekeepers of most other mass media. Asking For It follows Goldie, a lesbian teenage runaway who arrives in “The Big City” with indie rock aspirations. She makes a friend, forms a band, finds moderate success, and falls in love. As we learn over the first couple episodes, the podcast is interested in how a relationship goes from soaring romance to jealousy to mistreatment to outright abuse, and how Goldie thinks through each stage and her eventual escape. Though Goldie’s experience of queer intimate partner violence is Asking For It’s subject, other forms of violence survived both by present victims and perpetrators are given narrative time as well.

The first two episodes play a little slow, but can be forgiven for the work they do building the credibility of Goldie’s universe. Goldie, played by Denny, gets a lot of the exposition over with upfront, narrating her transient and unhappy childhood. When she makes it to The Big City and begins playing music with KG, her first true friend, the resulting melodies are shockingly professional. The band they form, Hips, is in fact a real one created years ago by the performers behind Goldie and KG (Christina Gaillard). The full album released alongside the seven-episode podcast is the greatest testament to Prest and Denny’s world-building, which extends past the boundaries of their single-media story.

After Goldie begins to fall for the older Coach, played by Prest, we are introduced to the show’s anxious heartbeat: the iPhone texting “ding.” As Coach begins to demand more and more of Goldie, to answer constant questions about where she is, whether or not she’s cheating, the ding’s become incessant, interrupting conversations, taking the place of Goldie’s voice as she distractedly falls out of conversation. Prest takes advantage of the inherent anxiety prompted by the sounds of too many texts.

If the podcast takes its first two episodes to establish its audio palette, its third expands the show’s narrative ambition. After we’ve become familiar with Coach’s unceasing efforts to control Goldie, the third episode follows Coach to a meeting for sex and love addicts. Coach’s monologue to the Anonymous meeting offers the season’s best writing, as she wonders whether to take responsibility for her mistreatment of Goldie and other girlfriends. It’s in this wrestling — acknowledging her bad behavior while excusing it with stories of bullying from her youth — that Asking For It gets most curious about how it is that people begin and continue to mistreat their partners.

Without spoiling plot shifts, the abuse Goldie suffers in the latter half of the season is of a different nature. As Goldie comes to terms with the violent relationship she’s in, the podcast shifts its focus to escape, both as a practical process and as a state-of-mind to be achieved.

Asking For It’s most impressive feat is narrative momentum, the alchemy of good writing and agonized-over sound mixing that by the end makes for a world with familiar contours. Each of the story’s five main characters are realized and given enough space to explain themselves. Where countless fiction podcasts have relied on never-ending twists to keep listeners engaged, Asking For It stays close to Goldie. Her thinking is as much the narrative’s engine as any plot machinations.

With Asking For It, Prest and Denny have managed to create some of the first audio fiction characters that have a chance of staying with me. “Full immersion” isn’t a real standard, and there were still moments throughout the podcast during which I felt very conscious of my efforts to visualize the story, of how much buy-in is required of a fiction listener to suspend disbelief. But the care put into Asking For It is obvious. Never is the quality of dialogue, performance, or soundscape sacrificed for another.

In her reading of the credits after Asking For It’s final episode, Prest explains that audio was not Denny’s first choice for telling her story. It was Prest’s job to convince her that a fiction podcast could serve all the story’s needs. The audio fiction universe grows thanks to creators who believe in it, who are willing to record an album and shoot a trailer and do all the peripheral work necessary to make a podcast worth thinking about.