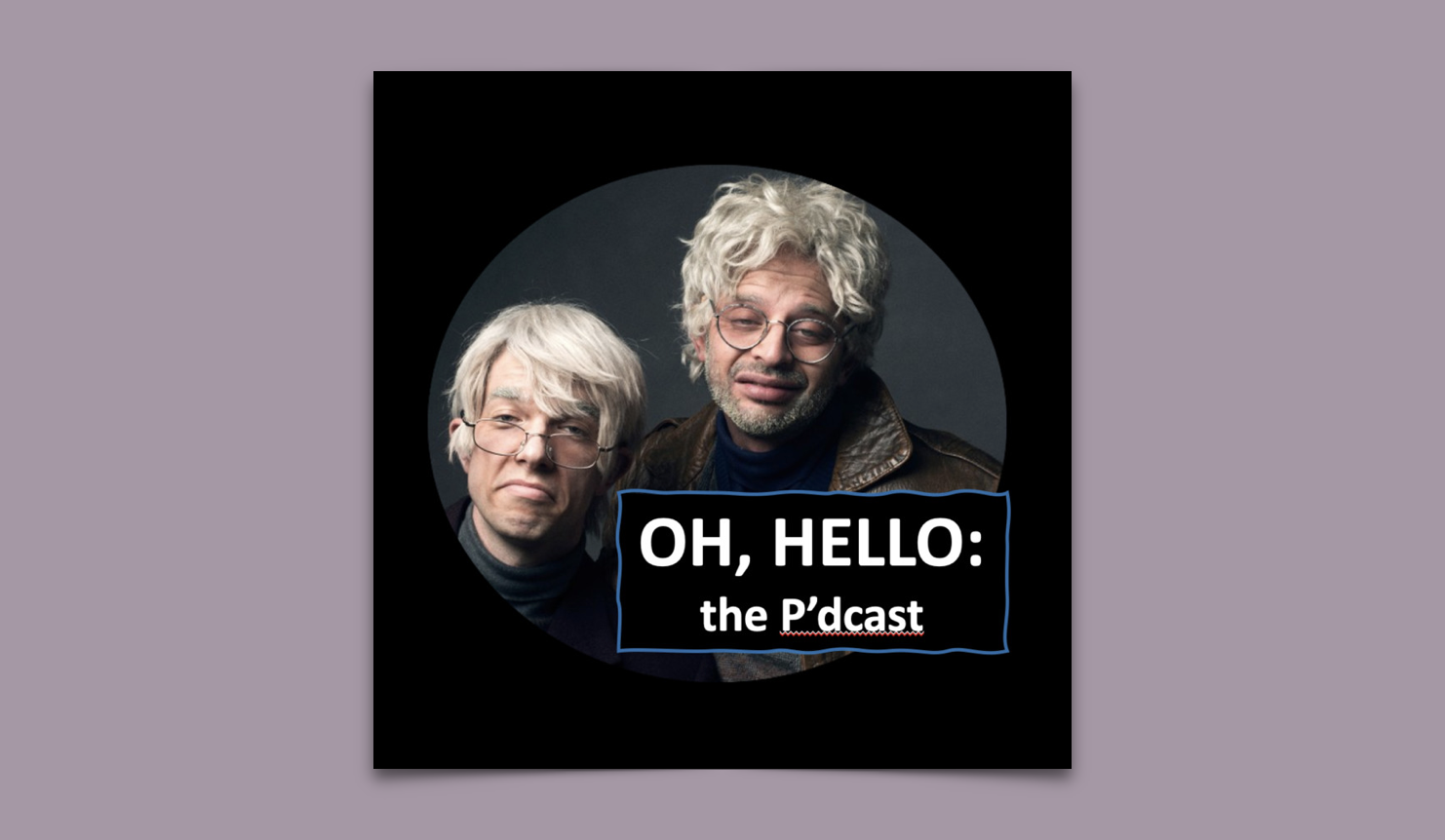 Podcasting has long been an insular community where it seems all the creators are fans and all the fans are creators. So it feels odd that only now the medium is reaching its “inside baseball” stage. As the discourse around podcasting broadens past cliché jokes about mattress ads, it’s welcoming in a more complex and nuanced set of references that become richer with meaning the more we pull on them.

With Oh, Hello: the P’dcast — pronounced “pid-cast” — we finally have a parody podcast that doesn’t need to dress itself up in clown shoes. It’s a take on the cold case murder genre, but unlike earlier parodies like The Onion’s A Very Fatal Murder, Oh, Hello doesn’t try to wring dry every possible joke on the form. Instead, the show’s hosts, John Mulaney and Nick Kroll, let their own brand of humor shine through while quietly ridiculing some of podcasting’s biggest names and most popular story arcs.

On Oh, Hello, the comedians play two crotchety and arrogant New Yorkers on a bumbling quest to produce a hit podcast about the death of Princess Diana. Like overzealous grandparents escaped from a nursing home, Mulaney and Kroll — as George St. Geegland and Gil Faizon, characters they previously played on Broadway — think they know the secret to making it big in podcasting. But they actually have no idea what they’re talking about and refuse to listen to anyone telling them otherwise.

After unsuccessfully pitching Di-Town (a play on S-Town) to Ira Glass and Sarah Koenig — with the help of accomplished producer Lina Misitzis — St. Geegland and Faizon are unfazed. They continue bugging Glass and Koenig for advice and undermining their careers as they “report” out the “truth” about who actually murdered Princess Diana.

Everyone they talk with — from Glass and Koenig to Last Week Tonight host John Oliver — becomes a suspect, and the fact that they have no basis for a murder plot is beside the point. They nabbed a microphone and stole the theme music from Serial, so what more could they need to make people believe them?

Whether the hosts reach any conclusions, real or imagined, is inconsequential. The goal is to take a premise and have fun running with it, and in this way, the show is hinting at a critique of the investigative podcast genre. If people will listen to anyone talk about dredging up a forgotten mystery, then maybe the specifics of the mysteries themselves aren’t so important, and any amount of truthfulness is just there to make you feel less indulgent about what you’re listening to.

Oh, Hello achieves this amount of introspection by being simultaneously oblivious and highly self-aware. Calling Ira Glass “a schmuck, a putz, a nobody, and a friend of the cast,” is a joke that can only land with a dedicated podcast audience. As the show goes on, St. Geegland and Faizon list increasingly wacky sponsors — “Jim Morrison’s grave,” “a popcorn kernel stuck in your throat,” “those PBS things where the Temptations reunite and sing oldie songs” — that mimic the jarring quality of a Zip Recruiter ad stuck in the middle of a grisly murder podcast. This show is written for people who have already sunk days (or years) of their lives listening to podcasts, which can make for a quite rewarding experience.

But Oh, Hello’s best trick is masking itself for what it really is: a celebrity-filled charity drive. The show’s real purpose is to raise money for New Yorkers impacted by COVID-19, but unlike, say, a Saturday Night Live cold open loaded with celebrity political impressionists, Oh, Hello doesn’t come off as try-hard. It’s just a niche comedy done well, and that’s something worth celebrating.