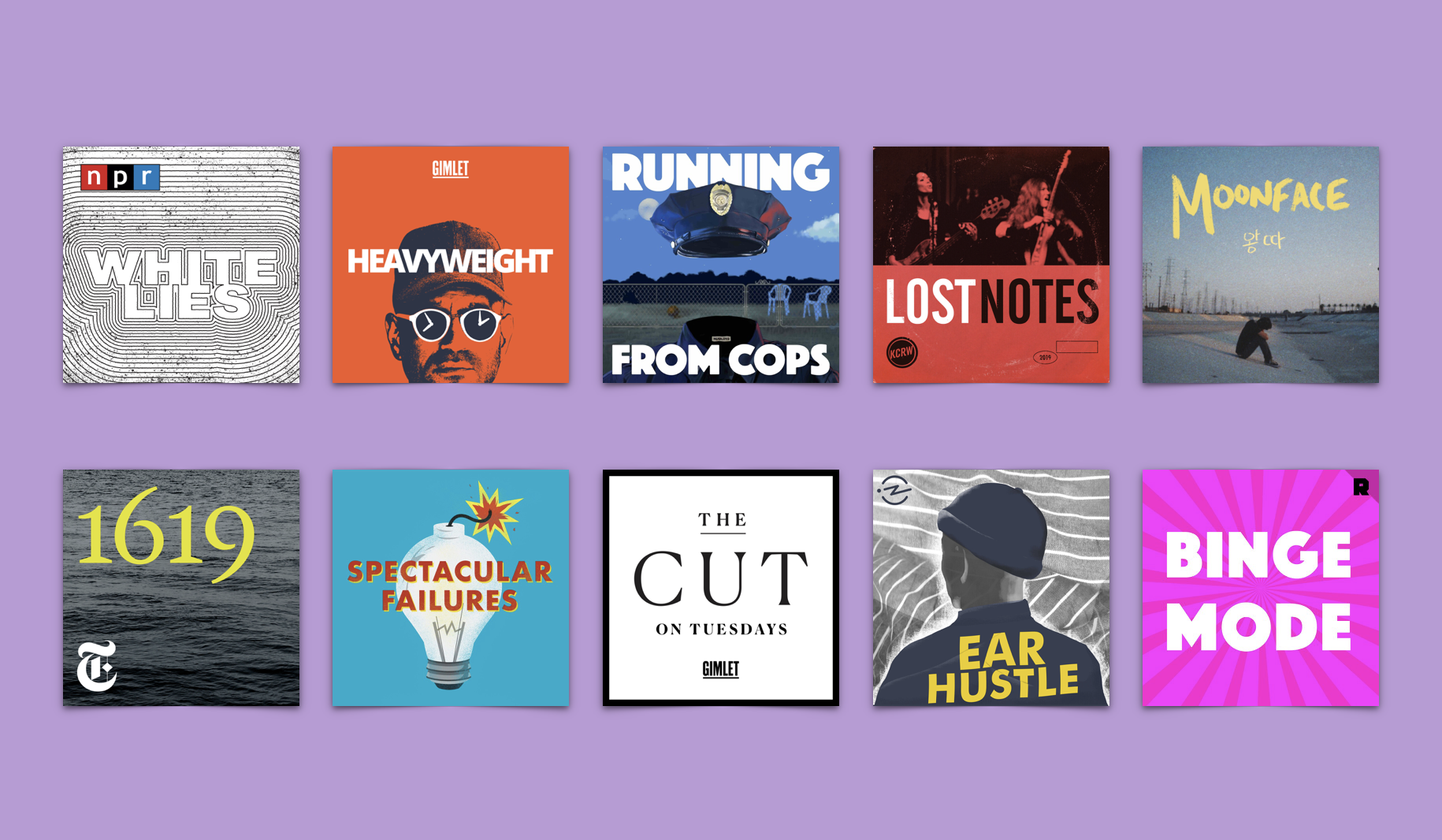 As chosen by Podcast Review‘s editorial staff, here are the best podcasts of 2019. 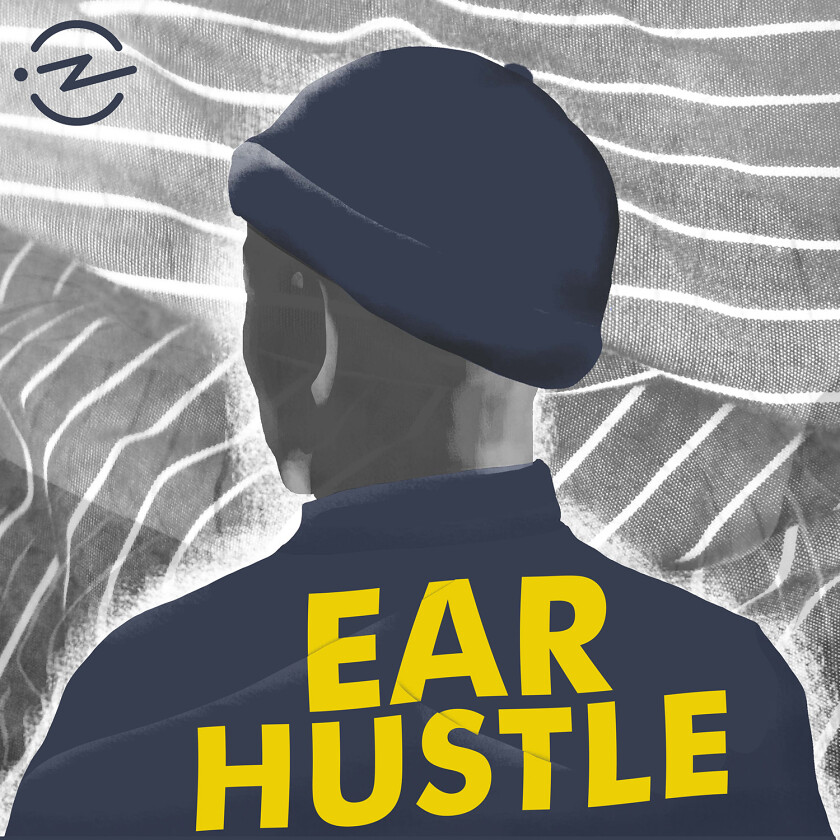 
When Ear Hustle was first pitched in 2016, it was a collaboration between Nigel Poor, an artist from the Bay Area, and Earlonne Woods and Antwan Williams, two men incarcerated in California’s San Quentin State Prison. The show was, and remains, unlike anything else being made.

But a lot has changed since 2016. Last November, California Governor Jerry Brown commuted Woods’s sentence, giving him his freedom and allowing him to leave San Quentin. Along with all the great things that meant for Woods personally, his commutation drastically changed the show’s dynamic. Woods was no longer reporting from San Quentin, but instead working as a producer outside the prison. I can happily report that Ear Hustle remains as engrossing as ever. The fourth season features new voices from inside the prison, as well as Woods’s exploration of what it means to re-adjust to life outside prison. As always, the show is one of contrasts, mixing humor and sadness, and the mundanity of prison life against the unfeeling backdrop of our carceral system — Lars Odland 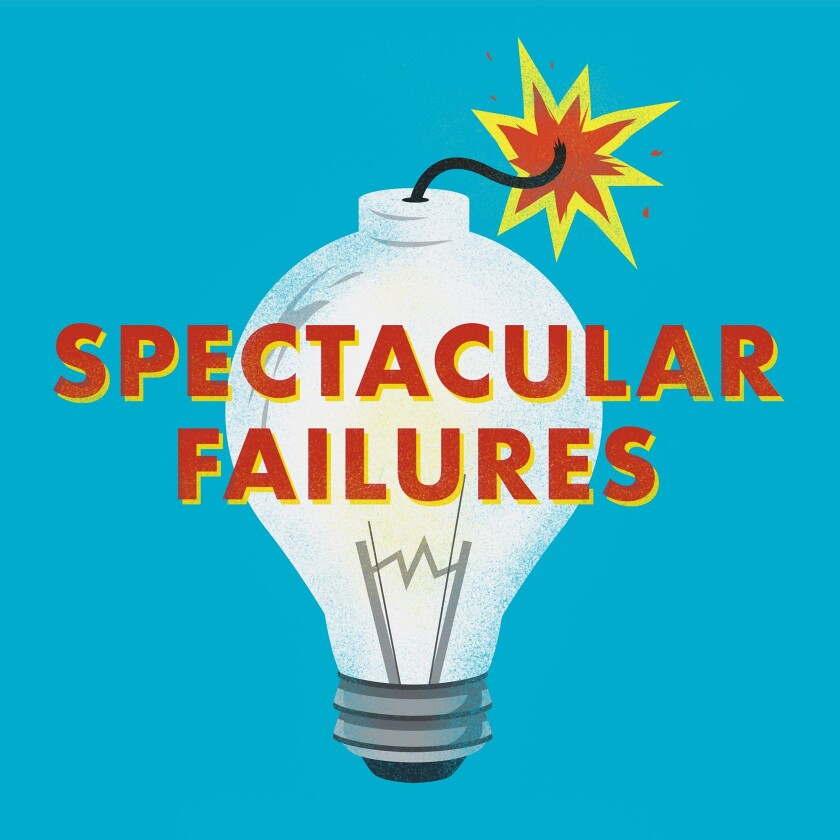 Private equity firms are quietly taking over our economy, but it wasn’t until I listened to Lauren Ober’s explanation of how PE really works, on her podcast Spectacular Failures, that the industry’s tactics became clear to me. That Ober is neither an economist nor a business expert is one of the show’s assets. She is a lively and astute explainer, making difficult concepts easy to grasp, even funny. More importantly, Ober calls out absurdity when she sees it and doesn’t rationalize immoral behavior as necessary for success. In fact, she frequently demonstrates how such behavior can lead to catastrophe. Spectacular Failures, a show about big business disasters, is the business podcast of the year.  — Jack Conway 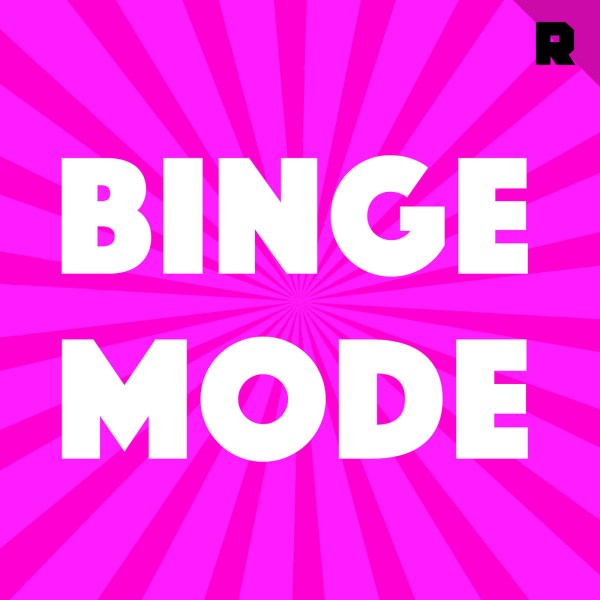 
It’s been a big year for Mallory Rubin and Jason Concepcion. Shortly after they finished talking about the wider world of Harry Potter, in February, the Binge Mode hosts turned their gaze to the final season of Game of Thrones, wrapping up a similarly months-long deep-dive into the series. Now, to finish off the year, the pair have been recapping all the various installments of Star Wars, including an episode-by-episode analysis of the franchise’s newest IP, “The Mandalorian.”

Binge Mode is unique as a show that is equally enjoyable as a focused listen and as background accompaniment to some other task. Make no mistake, this is high praise and difficult to achieve. Rubin and Concepcion’s never-ending banter and consistently thoughtful discussion mean that even if you’ve missed the last five minutes of their conversation, once your focus returns to their voices you’ll be able to hop right back in. The playfulness between the two hosts is infectious, and at the show’s best, it feels like you get to join in on their fun just by listening. — Lars Odland 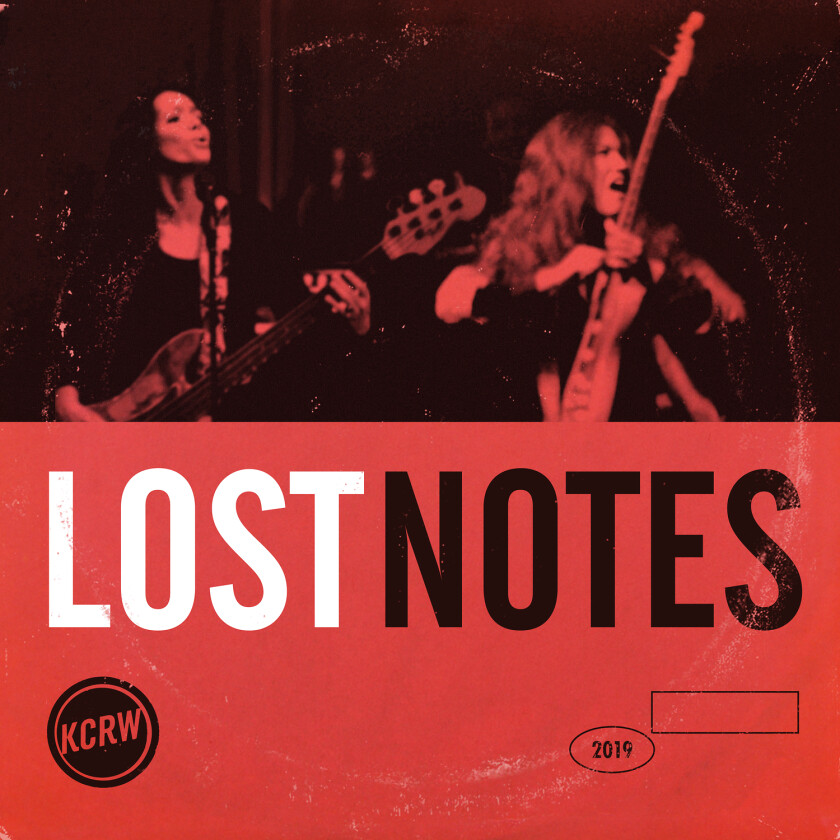 
The mark of a good documentary podcast has always been the ability to uncover the inner worlds of its subjects using nothing but their voices and responses. KCRW’s Lost Notes delivered not one but two examples of such work in 2019, with “A Castle On A Hill: The True Story of Fanny” and “Living With John Fahey aka A Room Full of Flowers.” Beginning with a broad mandate to reveal the roles of women within popular music history, Lost Notes succeeds at doing what music journalism has until this past decade struggled with: to write about women as people and not objects of consideration. — Brendan Mattox 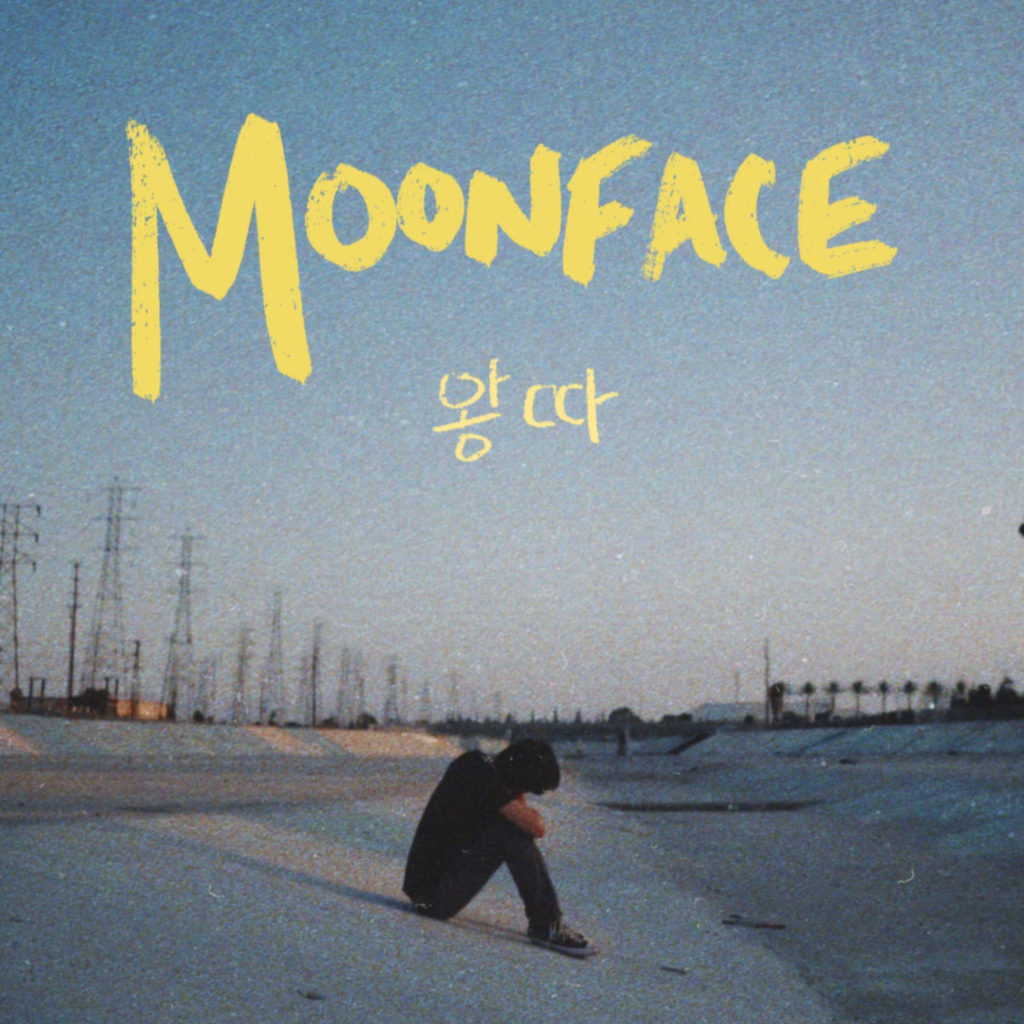 It’s my hope that MOONFACE proves to be the year’s most influential podcast. The fiction series from producer James Kim follows Paul, a twenty-something who feels stuck living at home and is struggling to come out to his mother, as he pursues his dreams of working in audio. MOONFACE brims with joy and pain in equal measure, and with excellent dialogue and touching meditations on what it means to lose one’s native language, the series offers much to savor and reflect upon. We need more podcasts like this one, born out of a fiercely singular vision. — Jack Conway 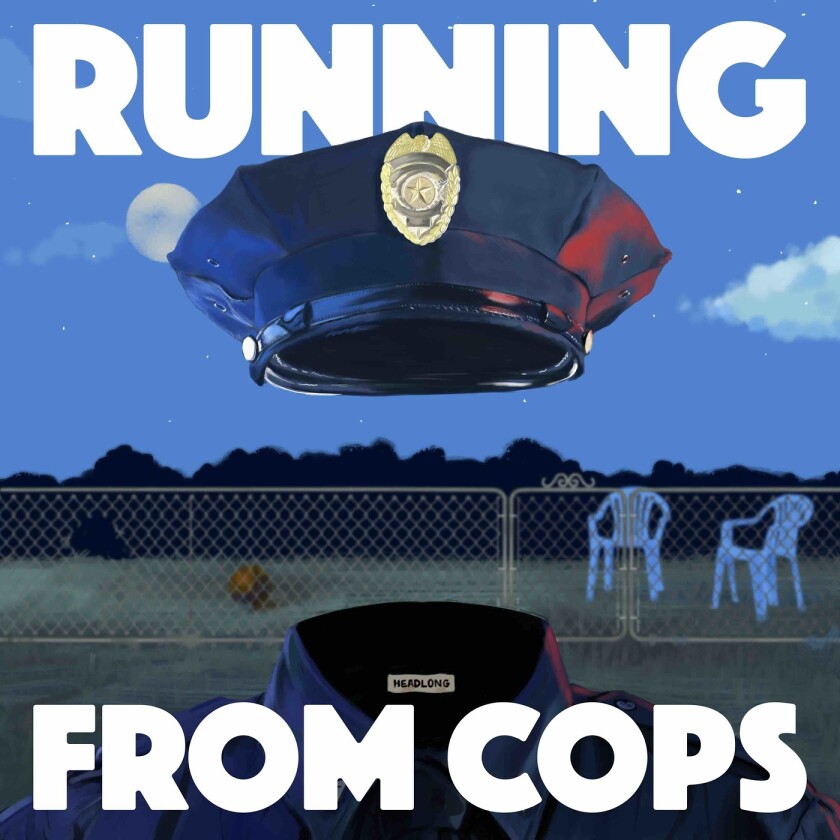 Reality TV hasn’t felt “real” for quite some time. The now-standard dramatic plot points, along with their ability to be wrapped up in a half hour, are too great to trick fans into thinking they’re not scripted or staged. But before reality TV had its spell broken, Cops took advantage of everyone’s trust in a way that’s only recently being understood.

In Running From Cops, host Dan Taberski takes us through the unseemly history behind one of the most ruthless and formative reality shows of our time. Through interviews with former Cops producers and participating police officers, along with never-before-heard recordings of damning Cops interactions, Taberski exposes systemic abuses of power that made the show a hit while ruining people’s lives. From faking drug tests and unfairly targeting at-risk communities, to manipulating detainees into signing release forms, Cops consistently put ratings over reality. You don’t need to be familiar with Cops to appreciate the podcast’s revelations, but if you are, this show will likely have you rethinking your entertainment choices. — Nic Dobija-Nootens 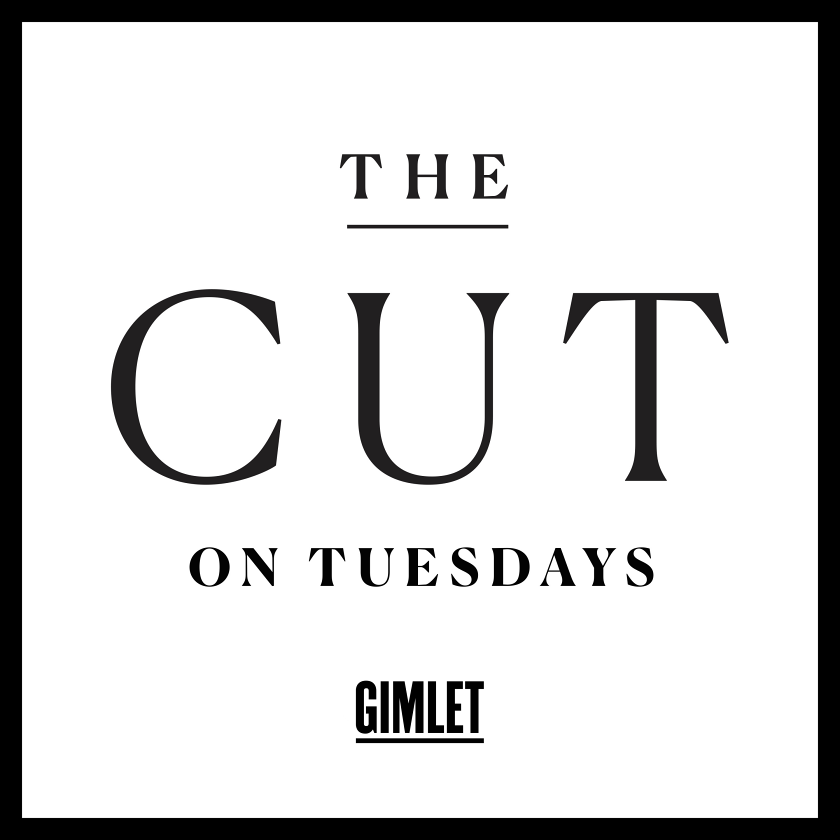 4. The Cut on Tuesdays

The Cut fills an online space Jezebel once dominated. But where Jezebel seared with skepticism and irony, The Cut embraces sincerity. The people behind the site understand that serious career women can also be into clairvoyance and crystals. So it was fitting when The Cut launched its own podcast, in collaboration with Gimlet Media, and gave us something at once relatable and aspirational. On The Cut on Tuesdays, host Molly Fischer doesn’t judge us for not being out on a Saturday night. Rather, she makes acceptable our fretting over career choices, our pondering of modern romance, and our attempts to stay connected with friends out of town.

The show’s episode format is essential to its appeal. Although The Cut on Tuesdays maintains a certain continuity, each episode is distinct, cleverly rotating subjects through extended audio essays. This technique straddles the intimate listening experience of an indie podcast with the high production value you’d expect from Gimlet. It’s this editorial style that makes the show unique. The podcast transformed Tuesdays from a worthless weekday into one of anticipation, and it will be sorely missed. — Alice Florence Orr 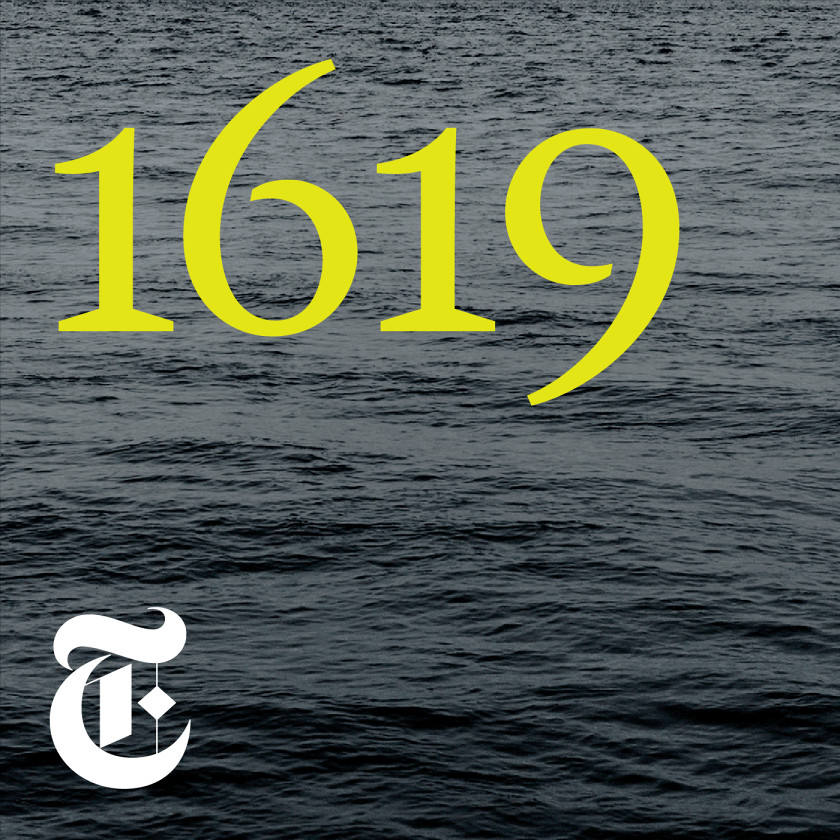 1619, a podcast from the New York Times Magazine, reexamines the history of slavery in the United States. The title references August 20, 1619, the day when a ship carrying African slaves landed on the shores of Virginia, and slavery began in Britain’s North American colonies. Revisiting significant moments – the Civil War, the creation of Medicare, and the civil rights era – 1619 shows how black Americans have, for centuries, driven the events that have pushed the United States to be more just and democratic. In addition to history, the show includes reporting on current civil rights cases and raw, personal accounts from host Nikole Hannah-Jones. A mix of narratives, 1619 is a beautiful patchwork quilt of audio. Each episode is eye opening and haunting. The listener feels the impact viscerally. 1619 is a podcast that will stay with you. — Nikki Lohr 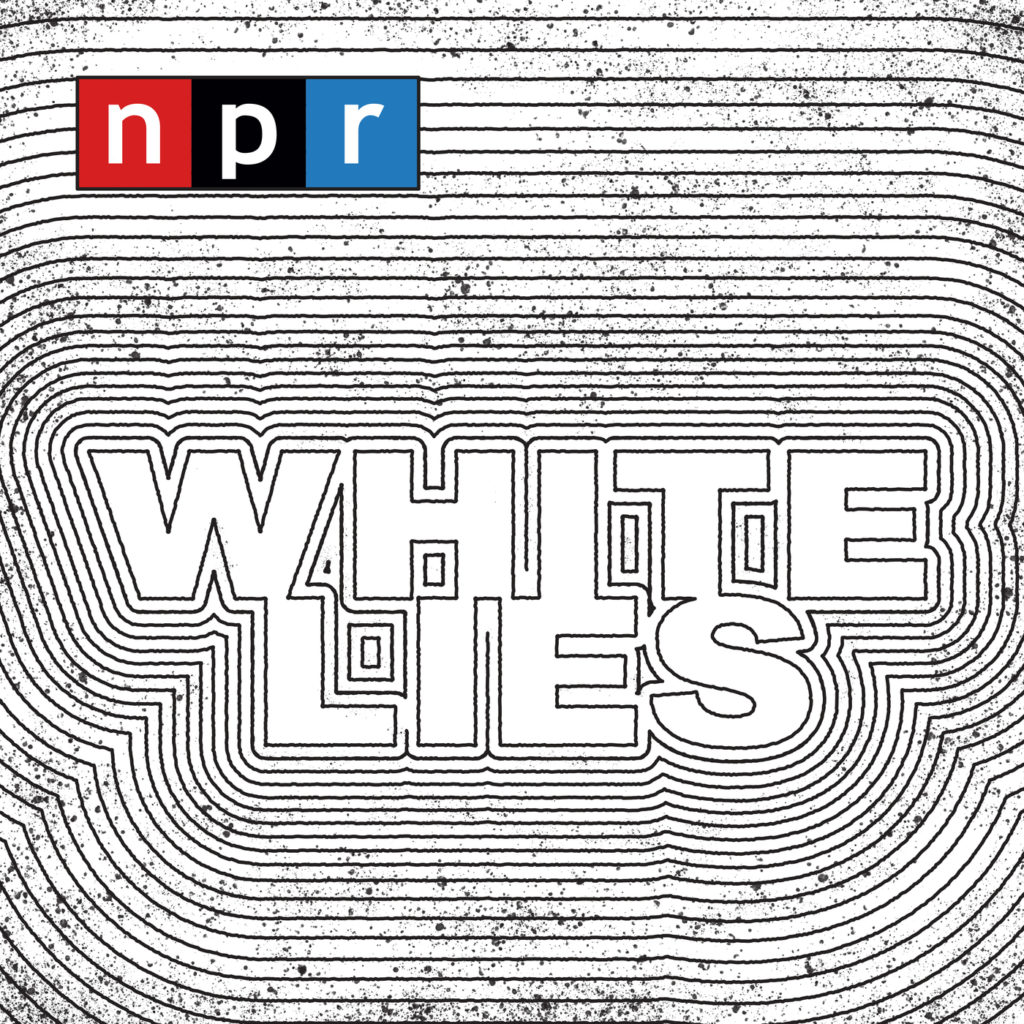 In White Lies, journalists Chip Brantley and Andrew Beck Grace venture into the dark past of Selma, Alabama to revisit an infamous cold case of the civil rights era. On March 9, 1965, James Reeb, a white Unitarian Minister from Boston, arrived in Selma to march on behalf of black Americans for their right to vote. That night, he was beaten to death by a group of segregationists. Three suspects were arrested and tried. They were acquitted, but everyone in Selma knew they were guilty. Interviewing the surviving witnesses, Brantley and Grace confront a community of white people who chose to bury the truth to protect the killers in their town. (Selma’s sheriff even coached them on how to talk to the FBI.) Some witnesses decide to confess to Brantley and Grace. Others have been repeating the lie like a prayer for so long that it has become their truth. White Lies is a podcast about America’s past that reveals so much about our present. — Nikki Lohr 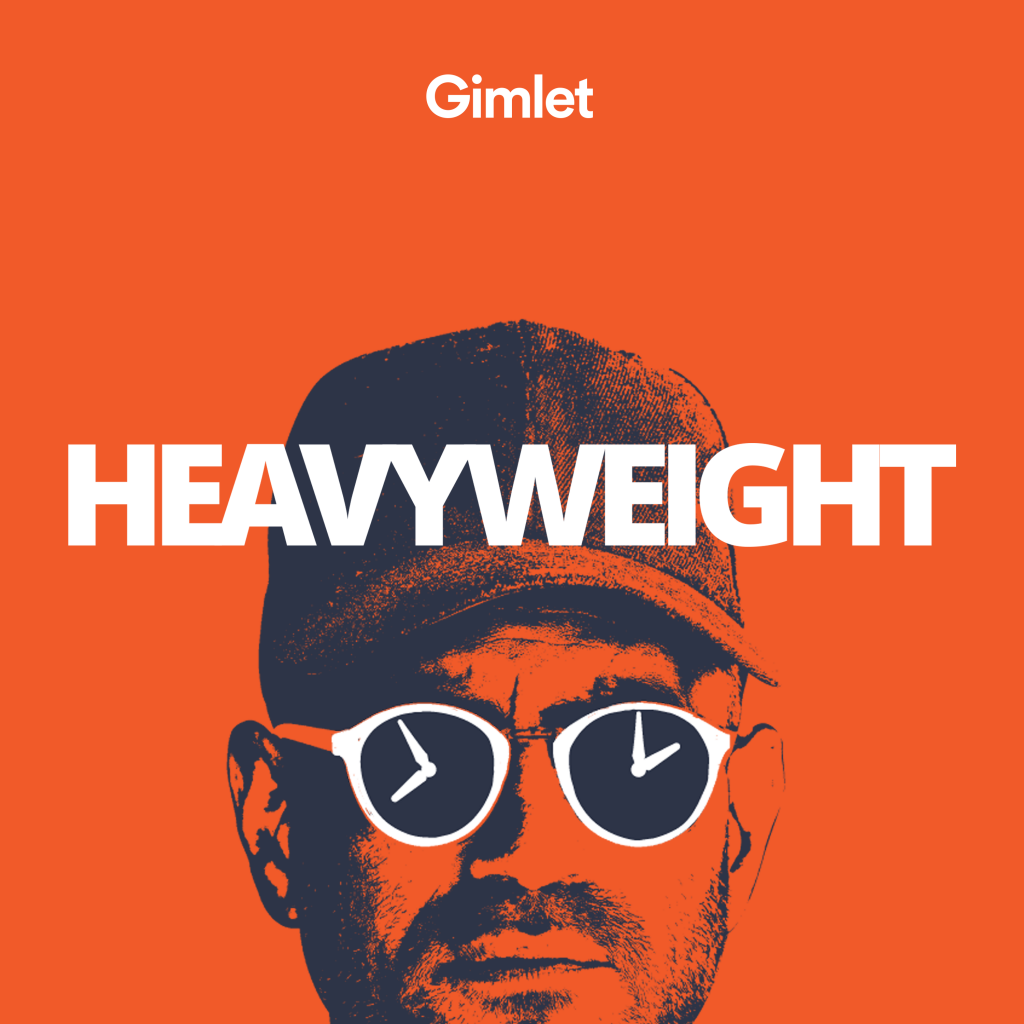 Heavyweight’s fourth season proved that the show could go forever, if Jonathan Goldstein and his team want it to. History was the throughline of this season, with a stunning string of episodes in the middle (“Beverly and Van,” “Scott,” “Dr. Muller”) that brought the listener to Hurricane Katrina, the underworld of Nazi memorabilia collection, and pre-War Germany. In each case, the relationships remain in the foreground. When the devastation of Hurricane Katrina intrudes in the platonic romance of “Beverly and Van,” it’s as if family history is taking on world-historical consequence.

These detours deep into the past have been in Heavyweight’s DNA since the beginning. Each season, Goldstein’s method – to make a phone call, and to let that phone call dictate the next phone call – creates new possibilities. The person on the other end of the line is always in control of where the story goes next.

Heavyweight understands what can be accomplished by chatting. The show works because we are not being described to, but are listening in on the thing itself, the initial phone call, the nervous meeting, the something-approaching-resolution. The narrative baked into each Heavyweight episode, of regretting, confronting, and forgiving, feels urgent every time. — Jake Greenberg